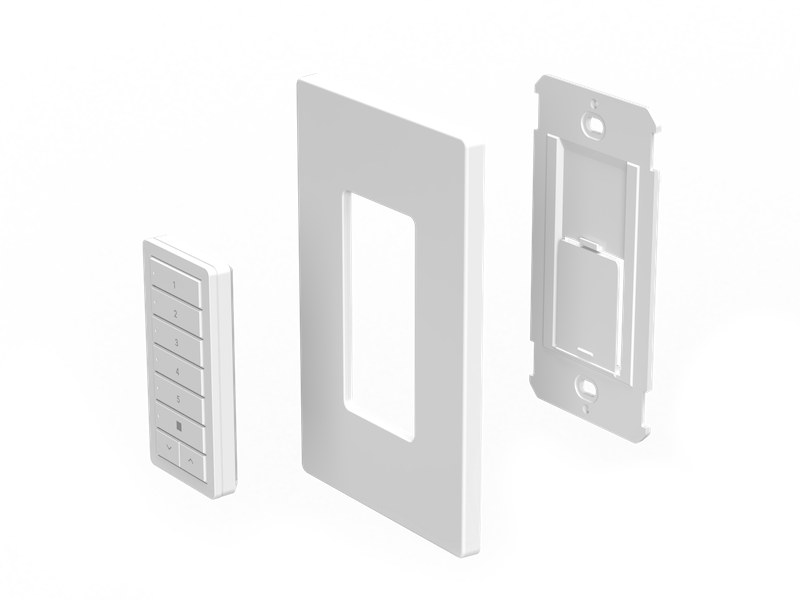 Recently I wrote an article on alternative user interfaces for the smart home (that article can be found here). While it covered a wide range of products, one that was not included was the new Bond Sidekick keypad, from a company called Olibra. 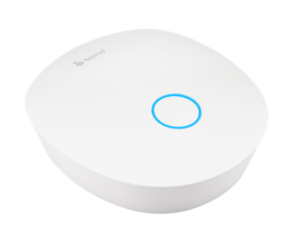 Olibra’s focus is “thoughtfully connecting certain often-overlooked household appliances — specifically ceiling fans, fireplaces, and shades.” Their first product, the Bond Bridge, allowed users to integrate fireplaces, shades, and ceiling fans that are controlled by RF (radio frequency) and IR (infrared) remote controls into a smart home. This included integration with Alexa, Google Assistant, SmartThings, Control4, Crestron, ELAN, Homebridge, RTI, URC, control through the Bond Home app, and an open API that allowed the system to be integrated with other third-party smart home ecosystems (I found that Hubitat and Home Assistant both have integration drivers to work with the Bond Bridge and leverage the API). The drivers for Control4, Elan, RTI, and URC are provided by Chowmain Software. I personally wrote a Bond driver that provided for control of devices connected to the Bond Bridge from a Crestron smart home processor (My free driver can be found here).

Olibra then released the Bond Bridge Pro. The Pro model doesn’t include the ability to control devices over IR, but adds the ability for:

The Bond Sidekick keypad seems very simple at first. It offers an eight-button keypad that comes in two varieties:

The engineers at Bond have done a really good job designing these keypads. First, they have an amazing 10-year battery life. Second, the keypads are very thin and designed to fit into a standard Decora faceplate used for light switches in many homes. The keypad design, however, goes beyond just fitting in a standard faceplate. The keypads are so thin that when one is installed in a Decora faceplate it sits flush with the back of it. This allows a Sidekick keypad to be mounted anywhere in a home.

The buttons of the Sidekick also can be custom, laser engraved with text that describes their operation. This allows a smart home hobbyist to create a professional looking installation the likes of which have been reserved for people who have paid an integrator to install professional smart home system.

In the near future Olibra will even allow the number of buttons on the Sidekick to be changed. So, for example, instead of the standard eight-button keypad configuration, a homeowner will be able to convert the Sidekick into a three-button keypad if that happens “cover” all of the smart home equipment controlled in that particular room.

Custom engraving of Sidekick keypads is available through Laser Engraver Pro. I’ve personally used this service in the past and found they do an excellent job for a reasonable price.

I mentioned previously that Olibra offers two versions of the Sidekick keypad. The Sidekick for Shades is designed to directly control shades by sending RF commands to them in response to button presses. By sending commands directly to the shade, it makes the system very responsive so there isn’t a delay between a button on the keypad being pressed and the command reaching the shade to, for example, stop it precisely where it blocks direct light from causing glare in a room.

The second version offered by Olibra is the Sidekick Scene Keypad. From the standpoint of integration with third-party ecosystems, I found this to be a very interesting product. Using the Bond’s local control API, I was able to expand the original Crestron-Bond driver that I wrote to include receiving events whenever a button on the Sidekick Scene Keypad was tapped, double tapped, or held down. I found the communications time to be very speedy between when a button was pressed and when my Crestron smart home processor received notification of the event. Chowmain software has already released updates to their Bond drivers to support the Sidekick. I expect that you will see drivers for other smart home ecosystems updated as well in the near future.

Sidekick Keypads, as well as everything else related to the Bond Bridge Pro, is configured using the Bond Home app. I found the app very easy to use. It was a welcome feature that it even supported running on my iPad when the iPad was in landscape position.