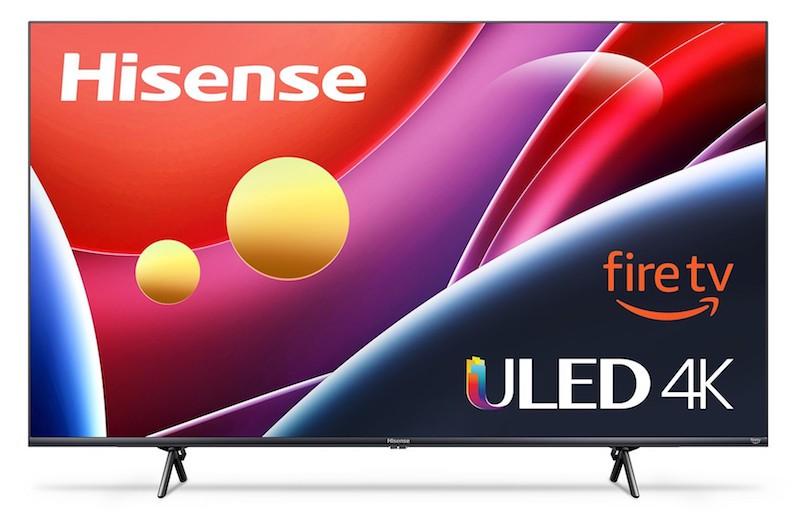 There is no doubt that most of the news recently around the world of streaming has dealt with the services themselves. Look at what we’ve seen in the past few weeks: CNN+ came and went in less than 30 days, Netflix has encountered significant headwinds, Comcast and Charter, the two largest U.S. cable companies announced that they are combining their efforts regarding streaming services and hardware, some of the major subscription-based services have announced that they will offer lower-priced, ad-supported tiers as an option, and certainly more announcements about new series and feature length programming that there is room to describer here.

Yet despite the business and content focus, without streaming hardware devices all of the above will resemble the proverbial tree falling in the forest: No one will be able to hear (or see) it. With that in mind, we have two hardware-centric announcements to report on today. Both give consumers additional options and each, in its own way, points to what will continue to be an interesting rest of the year on the device side of streaming.

First, Hisense has just announced that they will be offering a new TV model based on Amazon’s Fire TV operating system. It will join the other Fire TV models that are currently sold under the Pioneer, Toshiba and Insignia brands, as well as Amazon’s own brand and their Omni series models. With this new model Hisense becomes the first TV brand with irons in all the systems available as a built-in TV operating system: Roku, Google/Android TV, and now Fire TV.

Among the four HDMI are some with the latest HDMI 2.1 version that include Variable Refresh Rate and Auto Low Latency Mode to complement Hisense’s Game Model Plus feature set. Connectivity also includes dual band Wi-Fi as well as a hard wired Ethernet port.

Of course, as a Fire TV product there is access to the full range of streaming service apps, voice search for over 100 apps using Alexa as the voice control, and integration with compatible Alexa smart home devices such as doorbells and cameras. There will even be the ability to view compatible devices through Live View Picture-in-Picture.

This first Hisense TV powered by Fire TV is now available exclusively through Amazon at $529.99. A similar 58-inch model will be available in early fall for $599.99.

While smart TVs with a built-in operating system, be it a proprietary OS such as LG’s WebOS, Samsung’s Tizen, or Vizio’s SmartCast are increasing their market share, external streaming products remain as a major part of the streaming device universe. Roku, Apple TV, Fire TV, and the Android/Google TV-based products such as Nvdia Shield, Chromecast with Google TV, AirTV, TiVo Stream 4K and others serve as an important link to streaming for those without a smart TV. Equally important, given that not all services are available on all devices or smart TVs, adding an external product is often required when the built in OS does not deliver a desired content service.

Thus, the device makers are also sharpening their market approach. Roku, for example, is battling for streaming device market penetration on a number of fronts. Of course, they are the system that drives TVs from TCL, Hisense, JVC, and many others. They also have branched out into the “streaming soundbar” arena. Indeed, their Streambar Pro, along with its accompanying wireless speakers and subwoofer is an interesting option for those who want better sound and improved streaming. Look for my complete review of that package forthcoming here on Res Tech Today.

With the ever-changing market, brands often have to be creative as to how they offer their products, and Roku has recently done that by upgrading their top-of-the-line Roku Ultra to include their Voice Pro Remote with no increase to the Ultra’s $99 retail price.

Along with the recently updated feature package of Roku OS11, the Ultra has all the features you expect: HDR 10/10+, Dolby Vision and Dolby Atmos compatibility, a powerful quad-core processor for faster app loading, an ethernet port for hard wired connection as well as dual-band MIMO Wi-Fi and all the things that have led Roku to the top of the streaming market.

What is new is the inclusion of the Voice Pro Remote, previously available as an option for $29.99. Along with the ability to command and search the Roku, it ups the game of the previously included Voice remote by adding hands-free voice control to the existing “push-to-talk” capability. Thanks to CEC, you may also use the remote to control TV on/off, volume and mute. The hands-free feature also enables you to say “Hey Roku, find my remote” to trigger a chime on the remote. A slide switch on the left side of the remote allows you to turn off the “always live” mic for privacy.

The other main upgrade to the Voice Pro Remote is a rechargeable battery with a stated life of two months on a single charge. A USB-C port would have been nice, but by connecting the USB-micro connector to a standard charger you help keep batteries out of landfill.

Also, on the remote is a headphone jack for private listening, adjusted by volume controls on the remote and direct access buttons for four popular streaming services and two programmable buttons. A pair of in-ear buds is also included.

To be sure, neither of these Roku products are new, but the newly repriced bundle shows how the intense competition for consumer share of both the device and content services markets is. Indeed, one drives the other. The new Fire TV set from Hisense and the Ultra/Voice Pro Remote bundle from Roku shows that brands are trying to increase the value proposition from all sides of the equation. After all, keep in mind that thanks to the Roku Channel and similar program options the money is in the software. It is easy to go back to viewing these announcements as seeing them as making sure that when that tree does fall in the forest, people hear and see it, subscribe to it or watch the ads.

Look for continued coverage of all of this right here on Res Tech Today. Our next issue, coming to your newsstand or physical mailbox in June includes a comprehensive article on all of this to give you a better understanding of the forces behind streaming and what it means to you.