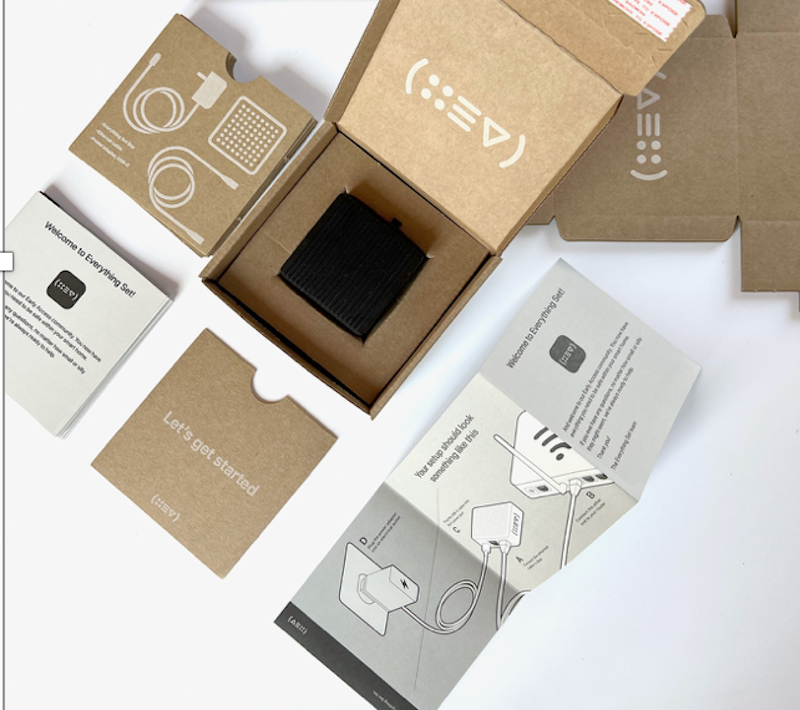 Everything Set uses AI to monitor how changes in the way devices connected to a homeowner’s network act can signal malicious activity.

Network security in smart homes is a fast-growing problem. New smart home devices, especially with the introduction of the soon to be released Matter protocol, are moving to the internet of things (IoT) with direct connections to the homeowner’s network. With this migration comes increased risk. According to Rambus Corporation, a semiconductor manufacturer, these risks include:

With the above in mind, homeowners and professionals installing smart home systems for customers need to be focused on securing a home that includes smart home devices. And, with smart appliances, smart TVs, fitness trackers, and similar devices, people might not even realize that they have an IoT device in their home that could be leveraged by bad actors in an attack.

Two years ago I wrote an article about two network security appliances designed for a residential setting: the Fingbox and Firewalla. Both of these products are still available today but there is a new product available that takes a different approach to network security, called the Everything Set service.

Everything Set is a California company that was founded in 2019. The Everything Set service consists of a small hardware box (network security appliance) that attaches to a homeowner’s network and cloud-based artificial intelligence (AI) that provides their unique network security services. The service has been in beta testing for almost two years in more than 250 homes, monitoring 5,000 unique smart devices.

Everything Set’s approach to network security is to use AI to monitor how devices connected to a homeowner’s network generally act, what data they upload to the cloud, what IP addresses data is sent to, and how often data is sent. Then, the Everything Set service’s AI looks for changes in that normal behavior that could represent malicious activity.

According to David Knudsen, founder and CEO of Everything Set, “Almost 10% of people have a hacked device each year in their homes — surprisingly from major manufacturers, not necessarily the cheap devices [that] you would expect, which…are sending your data to unscrupulous places and could cause further problems in your life if unresolved.”

Privacy was also a prime design goal of the Everything Set service. It only monitors and analyzes data communications patterns. It doesn’t look into the contents of the data being transmitted and received by the devices connected to the homeowner’s network.

Hands on with the Everything Set Service

In the box are the Everything Set box, power supply, an Ethernet cable, and brief instructions. The first thing that makes the Everything Set Box different from other consumer-oriented network security appliances that I have worked with is that all of those products have a plastic enclosure. On the other hand, the Everything Set box is housed in a rugged, machined, aluminum enclosure with a machined heat sink on one face.

After a full 24 hours, I received a notification that the Everything Set Box had finished learning about all the devices on my network.

The app is well organized with three tabs.

Each day, the Everything Set service provides a simple-to-understand, daily summary of whether your devices are behaving as intended or if there have been any issues detected. In addition, the service provides the user with a weekly activity report.

I found the weekly activity report to be especially interesting. First, it provides a score to give you a quick understanding of the security state of your network. It then digs into the details of the amount of data being shared by devices on the network. Graphs are provided that show the activity of the most active devices on your network. There is also detailed information provided on the data traffic, including the number of messages sent, a graph of traffic volume by day, the number of locations contacted, and a breakdown of the traffic destinations by device category. Finally, the report includes information on the performance of the network’s internet connection.

After the 24-hour period, when the Everything Set service collected information on the devices on my network, the list of devices it recognized wasn’t perfect.

Unfortunately, there isn’t a way for me to resolve any of these issues myself. I have kept detailed notes on all the smart home gear installed in my home, where it is located, etc. The Everything Set app doesn’t currently allow a user to enter, or correct, any of the information it has about the devices on a network; even if the user has the information to correct mistakes it has made.

In addition, you can’t add any more information to the app. For example, if you have 10 smart switches in your home, it is important to know where each one is located. If you were to receive a notification in the Everything Set app that that one of your smart switches was exhibiting suspicious behavior, it can’t tell you where this specific switch was installed in your home. I have suggested to the people at Everything Set that they allow a user to enter additional information into the app for each device, such as the device’s location in the home.

The Firewalla also monitors all the communications activity of your IoT devices. For the most part, however, it just notifies the user when any IoT device sends data to the cloud, leaving the user wondering if that activity was suspicious or not. When using a Firewalla, I would receive so many reports of IoT devices communicating with the cloud that I would fall into information overload and simply ignore them all.

There are a few additional ways I think the Everything Set service could be improved.

Second, more information needs to be provided in the help section in the Everything Set app. A perfect example is the help in the weekly summary for the efficiency test. The help tells the user that lower is better for latency and if they have a high score then your devices may seem like they are operating on a delay. However, there is no context provided for the user. What is a high score? What is a low score? Throughout the help process, more extensive information needs to be provided so a user isn’t put in the position of having to Google for additional details.

Lastly, I’ll start with a compliment before my critique. Everything Set’s focus on user privacy is a very welcome change in an industry that collects as much data as possible about its users. During setup they don’t even require a user to create an account and provide their email address. The Everything Set service routes all communications to users through their app as notifications on the user’s smart phone. However, with all the notifications that pop up on people’s smart phones, it is easy to miss one. It would be nice if there was an option for important notifications, such as an IoT device potentially being compromised by a bad actor, also being sent as an email to the user.

The Everything Set service is an emerging product. At the time of this writing it is being offered under an early access program. At this early stage in the product’s lifecycle, it has some problems properly identifying IoT devices connected to a homeowner’s network and doesn’t offer some network security features offered by competing products. What sets the Everything Set service apart is its focus on user privacy and the ability to warn a homeowner of malicious behavior by a device on their network without requiring the homeowner to be an IoT and networking expert.

Unfortunately, due to the use of ARP spoofing by the Everything Set service and competing products, only one can be used on a homeowner’s network at a time. Otherwise it would be a simple and not overly expensive option to install products from multiple manufacturers and to use the best features offered by each.