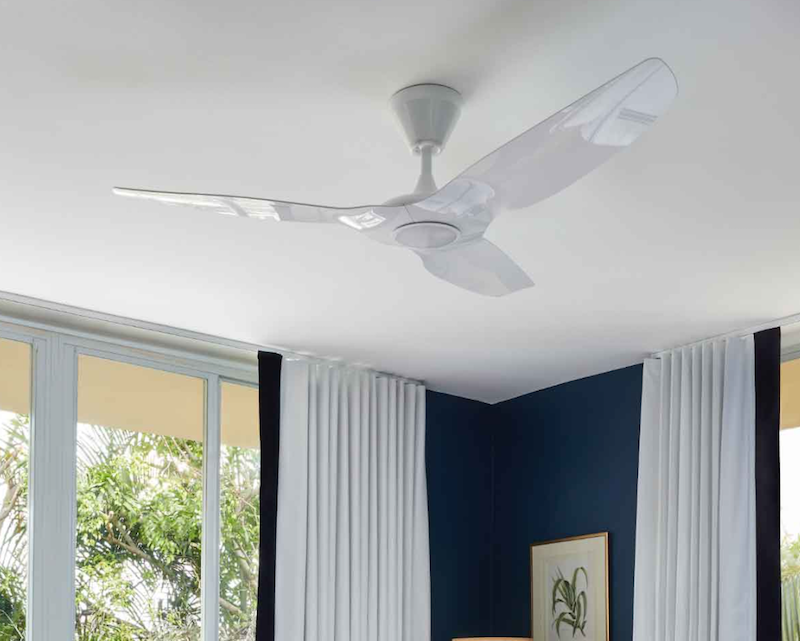 Summer is upon us, and with it many of us are already experiencing hot weather and sky-high electricity bills from running an air conditioner to keep our homes comfortably cool. Smart ceiling fans are one way to reduce your energy usage (and your power bill) without negatively impacting your comfort.

According to research done in 2019 by Sense (the manufacturer of the Sense Energy Monitor), a 2,500 square-foot home in Arizona would cost $477 per month to keep cool. Other states where residents have to pay a high cost for cooling their home are New Jersey, Texas, Florida, Georgia, Connecticut, and New York. Homes larger than 2,500 square-feet will cost even more to keep cool. With this in mind, anything that can be done to lower the cost of cooling a home can save a homeowner a significant amount of money.

Start with the Best Set Point

So, what if there was a way to raise the set point on your thermostat by up to four degrees, saving you up to 12% more on the cost of cooling your home, without impacting your comfort? The good news is that smart ceiling fans can make this possible.

One of the best ways to create air movement in a home is with ceiling fans. Ceiling fans are much cheaper to operate than an air conditioning system. In fact, according to the website Ceilingfan.com:

According to the U.S. Department of Energy, “If you use air conditioning to cool your home, a ceiling fan will allow you to raise the thermostat setting about 4°F with no reduction in comfort.” And, because a ceiling fan uses so much less energy than an air conditioner, using a fan this way will minimally impact the 12% savings outlined above.

So, to optimize energy savings:

The logic to turn on/off ceiling fans as described above would be simple to implement on different smart home processors and hubs. So, instead I’ll focus on ways of integrating control of ceiling fans into a smart home.

Today, Big Ass Fans, Modern Forms Fans, Minke Aire Fans, Hunter, and others offer “smart” ceiling fans. Hunter smart fans, for example, are compatible with Alexa, Google Assistant, and Apple HomeKit. Replacing a ceiling fan with a “smart” model, however, can be both challenging and expensive. Fortunately, there are ways to make your existing ceiling fan smart. 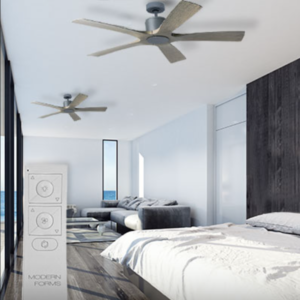 Second, if your ceiling fan can be controlled wirelessly, then a Bond Bridge can be used to integrate control with a wide range of smart home platforms. The Bond Bridge is compatible with Alexa, Google Assistant, SmartThings, and Control4. In addition, I’ve written a Crestron-Bond Bridge driver that can be downloaded from my GitHub.

With these options and others that are available, it should be reasonably easy for a smart home owner to integrate their ceiling fans with their smart home processor/hub, add programming rules to use their ceiling fans as a first-stage cooling system in their home, and set back their thermostat to save money on their air conditioning.

Additional Steps to Save Even More Money on your Electricity Bill

For Crestron programmers, I have written code that tracks the angle and elevation of the sun and fully automates the operation of motorized shades/drapes. The code can be downloaded from my GitHub.

I hope these tricks and techniques will help you stay cool this summer without running up your power bill.

Vanquishing Energy Vampires. Are There Any Left?