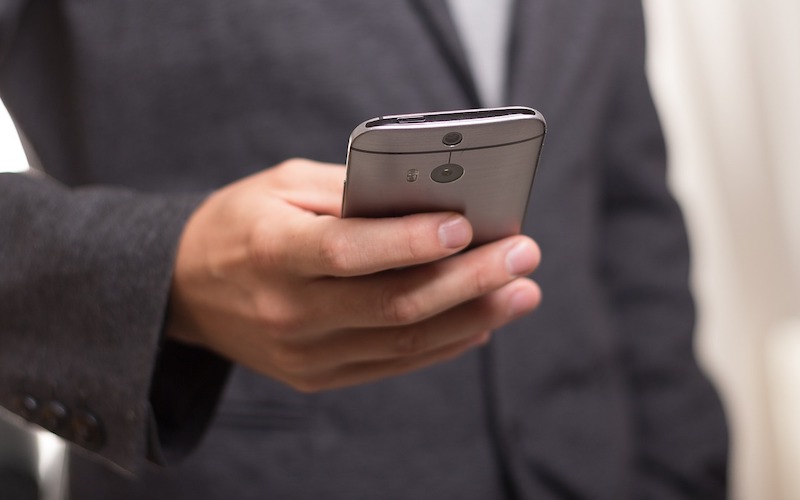 Image by Niek Verlaan from Pixabay

It’s not often that you hear a new technology described as a “transformative enabler” or the start of the “Fourth Industrial Revolution.” However, that is exactly the way the new 5G for mobile communication and data has been described at industry conferences and in the business and general press over the past two years or so. Starting in 2019, the gestation period for 5G is over; the rollout is now underway.

Because of that, the buzz over 5G will continue to get louder, and we want to make certain that you are able to hear through the noise and understand what it is all about.

By way of background, the current global standard for what is popularly called “cell phones” is 4G/4G LTE. It doesn’t take a rocket scientist to realize that the 4G nomenclature represents the fourth in a series of standards, and the new one is the fifth. The original “1G” cell phones were analog only. Following that, 2G and 2.5G brought us digital communication and a global standard with text messaging. The third-generational iteration, 3G, is still in use, and it enabled audio streaming and web browsing. The current 4G system took us to where we are with video streaming and calling, high speed downloads, and many more advanced features that many people now take for granted.

Despite the success of 4G, there has been an industry push to increase speeds dramatically, not only for today’s uses but for applications that let data drive things such as 8K video, remote access to broadband, remote medicine and learning, autonomous vehicles, and a whole range of possibilities that now require hard-wired network connectivity. Delivering all of that and more is what 5G is all about.

Yes, of course, 5G will be in phones, and a number of them were shown both at CES in January and at the Mobile World Congress last month in Barcelona. But, the most important thing to remember about 5G is that it is more than just “the latest and greatest cell phone.”

That was proven by the fact that the first availability of 5G service in the U.S. by Verizon was for “fixed wireless.” For that, you place an antenna outside the house or on a window, connect its RF lead to an access point box, and voila, super high-speed data without fiber or cable! Yes, I did say that the antenna is not the internal, unseen type that we’ve been used to since 3G phones. The reason for that is due to one aspect of 5G that we’ll have to get used to.

5G can, and eventually will, use the standard 600Mhz-range frequency bands cell phones use today. Referred to in the trade as “Sub-6,” they enable longer range from the antenna tower to the receiving device and they (usually) pass through walls so that the signals may be received indoors. Sub-6, however, does not deliver a few things that make 5G so versatile. To deliver on the promise of 1Gbps downloads and even faster simultaneous signal paths (slices), the second group of 5G frequencies are way up there in the 28Ghz and above range.

Those frequencies are very short, called “millimeter wave.” The good part is that the speeds are much higher, and there are more “slices.” The downside is that millimeter waves are “line-of-sight,” short range, and they can’t typically pass through walls. That, in turn, means that the cell phone carriers have to use more “micro-cells” to flood a given area with coverage, which is costly on a variety of levels.

The inability of millimeter wave technology to pass through walls means that, at first, external antennas will be needed. For the most part, they will be compact, flat panels rather than a conventional TV antenna or satellite dish.

A Few Other Notes About the Early Rollout of 5G

First, note that the equipment now being placed by Verizon uses a version of 5G technology called “5G TF.” The true worldwide standard is called “5G NR” (New Radio). The other carriers have said that they will use the “official” NR standard, and Verizon said they will update or upgrade existing equipment.

As mentioned, the use of millimeter wave means outdoor antenna, so the ability to connect outside to inside wiring is also something for early adopters to ask about and consider. As a back-up, the in-home equipment will also have a 4G radio, so if the 5G service fails, at least one service still will be available, albeit with slower speeds.

So, What Do We Have to Look Forward to?

The ability of 5G to deliver high-speed data is coupled with very low latency. In layman’s terms, that means that there is almost no delay between data at one end of the path and the other. In practical terms, think of games with instant “click to shoot.” The bad guys won’t be able to get you while your data is moving from you to the cloud and back down to the other player.

This low latency will bring other very important advancements. Combined, the high-speed data and low latency will mean that devices will be able to talk directly to one another without the trip-to-cloud servers. Perhaps the widest use of this will be for autonomous vehicles. Think of a four-lane highway in both directions and a car trying to make a left turn onto the main road. 5G will enable each car to talk to all of the other cars, report their GPS position, and signal their speed and directional intent, then determine if it can take the turn without getting hit.

Or, think of how these capabilities may be put to use for things such as factory automation, remote medical exams, surgery, and “smart city” applications such as advanced energy management and traffic control. The best example here is that the traffic system can know all the data mentioned above about the cars on the road and adjust the flow accordingly.

Terms that you’ll see more frequently going forward to describe all of this are “V2V” and “V2X.” The former is “vehicle-to-vehicle” communication, where one vehicle talks directly to another, while “V2X” stands for “vehicle-to-everything.” Whether it is self-driving cars or the autonomous delivery vans, police cars, or even helicopters that were shown at CES and other trade shows, 5G is the virtual gas that powers these computing and communication engines and activities.

Back to more typical applications we have today, 5G will make it possible to stream full 8K video to in-home and remote displays without wires or fiber. The maps that we now use on our phones, tablets, and in-car navigation displays will become amazing 3D images rather than the flat, two-dimensional maps that we have today. VR goggles and AR headsets will drop the need for wires and react instantly to other players or event actions and activities.

After making the point that 5G is more than “just another cell phone standard,” it is important to go back to the roots. 5G cell phones will be here soon. Just remember that they will likely be expensive at first and due to coverage rollout issues they will not be able to deliver 5G connectivity everywhere. They may be heavier, and whether or not they will require external antennas is yet to be seen – same for battery life. Keep in mind that the first 5G phones will be Android, as Apple appears willing to wait until late 2019, or more likely 2020, before bringing out the first 5G iPhone. Time will tell.

At the end of the day, 5G is no longer a science project; it is real. The rollout is starting with fixed wireless to bring high-speed data to your home without cables of any kind. Phones, tablets, and all other non-phone, but data-centric, products and applications will follow as the infrastructure rollout picks up speed.

We started this article with a few bold statements, and hopefully now you will see why. The Fourth Industrial Revolution? You bet. Some say that the first was steam, to power the original industrial revolution. Second was electricity, which made it possible to do production anywhere and safely light the world. Data came third, delivering information to all and in ways that advanced the quality of life and changed the way products are developed, manufactured, distributed, and sold.

5G? It may well be the Fourth Industrial Revolution by harnessing data to make it available everywhere at high speeds, with low latency, and regardless of the location. As noted here, that may well be a “revolution.”

A final note: as said at the top of this article, it is clear that 5G is a “transformative enabler.” I can’t wait to see its benefits spread everywhere.