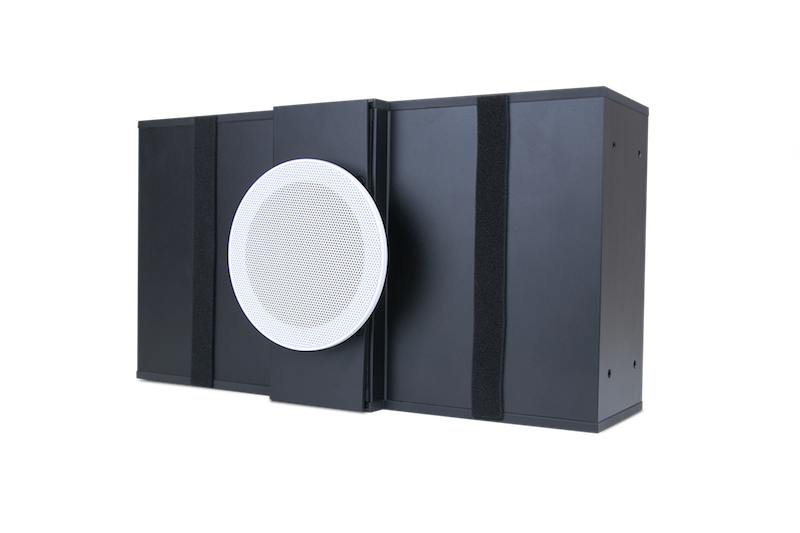 Savant-owned Artison is dedicated to the design of premium performance architectural loudspeakers and that even holds true for in-wall subwoofers. This week, the company unveiled two new models of “next-generation” Reactance Cancelling Configuration (RCC) architectural subwoofers, which build upon Artison’s past performance and innovations.

Designed to deliver exceptionally and evenly distributed bass reinforcement from the ceiling, the Artison RCC160 MKII provides a balanced, blended audio experience utilizing multiple points of sound. The RCC160 MKII is a perfect fit for active entertainment spaces such as great rooms, where integrators must deliver superior sound even as people move throughout the space.

When the RCC160 MKII is coupled with Savant’s Micro Aperture in-ceiling speakers, this full-range loudspeaker combination delivers a musical soundscape that is rich in dynamics and detail, plus delivers a perfect grille match required by top architects and specifiers.

The square and round grilles are just 4.65 inches in diameter, matching Savant’s Micro Aperture speaker family as well as USAI Lighting Recess 4.5 fixtures. Also included, the rectangular grille is designed to blend in with in-ceiling HVAC registers when applicable. Each RCC160 MKII aluminum enclosure features two 4-inch by 6-inch drivers generating the approximate surface area of an 8-inch circular woofer from an impressively small package.

Designed for both in-wall and in-ceiling installations, the Artison RCC320 MKII delivers even greater output, perfect for dedicated music or theater rooms. The RCC320 MKII employs four 4-inch by 6-inch subwoofer drivers per unit in an extruded aluminum enclosure that was engineered to fit into a standard 2 x 4 stud bay. The Artison RCC320 MKII can be specified with a discrete speaker grille or an HVAC-style ceiling grille. For installations that require stacked pairs of RCC320 MKII’s, a single double-length discrete speaker grill can be ordered.

Rated at 1000 watts, the RCC1000-SA DSP-enabled amplifier is powerful and features all-new firmware that was developed specifically for the Mark II series subwoofers. The 1U digital amplifier can drive up to four RCC320 MKII or eight RCC 160 MKII simultaneously, making installations featuring multiple subwoofers both cost and space-efficient on a per-zone basis.

“As we acknowledged the changing ways that families interact within their homes, which include more active spaces that require excellent sound reproduction, we were challenged to develop a low-frequency driver that not only fit into small spaces but also delivered twice the acoustical output, twice the excursion, and twice the sensitivity of previous solutions,” explained Artison founder Cary Christie explained. “With the MK II series subwoofers, we surpassed every preconception of what we had thought was possible.”

In 2005, Artison was the first to market with Reactance Cancelling Configuration (RCC) Technology simply designed against Newton’s law that every action has an equal and opposite reaction. In subwoofers, the motion of the driver’s cone creates an opposite force that is a common cause of vibration distortion present in conventional subwoofers.

Artison’s RCC configuration places an equal number of electrically in-phase drivers opposing one another so that the reactance forces from each driver mechanically cancel themselves, eliminating unwanted distortion.

RCC160 MKII or RCC320 MKII subwoofers are available to order now on the Savant Store, for information on becoming a direct dealer contact Steve Silberman.