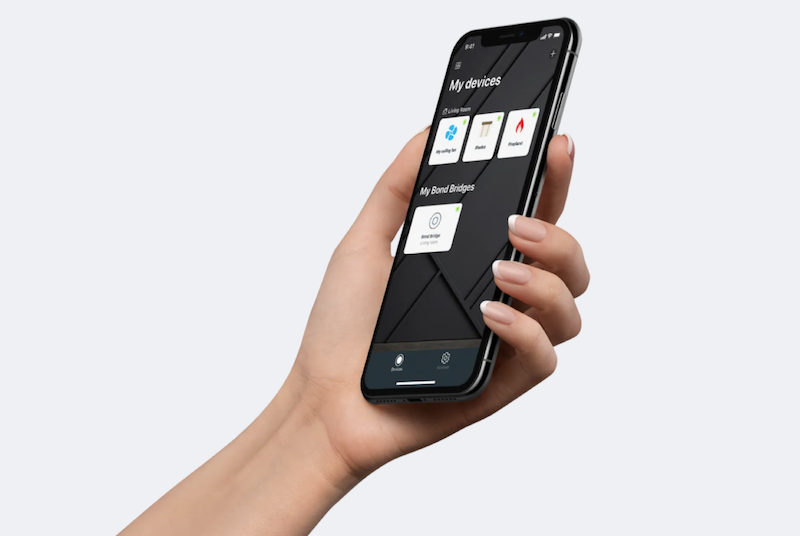 There are numerous ways that a smart home processor/hub communicates with smart devices in a home. The networking protocols, in no particular order, include:

Both 433 MHz and 315 MHz control have been around for many years. Today, Zigbee, Z-Wave, and Wi-Fi, for the most part, have replaced it in the smart home. Manufacturers, however, continue to use 433 MHz and 315 MHz RF control because of its low cost and its simplicity to build into a product. These lower frequencies, when compared to other wireless communications standards used in a smart home, allow the radio signals to travel farther and even allow them to more easily pass through walls. Unfortunately, the lower frequencies also reduce the amount of information that is encoded into the signal, limiting its use in certain applications.

While almost every smart home hub can communicate using Zigbee, Z-Wave, and Wi-Fi to a host of smart home peripheral devices, none that I am aware of include radios for 433 MHz and 315MHz.

The Bond Bridge and Bond Bridge Pro solve the issue I just described by “bridging” 433MHz and 315 MHz ceiling fans, fireplaces, and shades with major smart home ecosystems including:

The Bond Bridge currently works with RF-controlled ceiling fans, fireplaces, and shades. Even though a typical garage door opener is controlled over 315MHz, it cannot currently be controlled using a Bond Bridge. The reason for this is that garage doors utilize “rolling codes” as a security measure to keep a potential intruder from recording the code used to open a garage door and then replaying it later to gain illegal access to the home. Bond has stated that they are working on adding this functionality to the Bond Bridge, and it will be available in the future.

Hands-on with the Bond Bridge 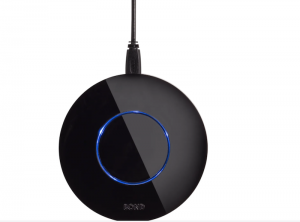 The initial setup of the Bond Bridge is very simple. Begin by downloading the Bond app from the appropriate smart home app store. Next, using the app, create or sign into a Bond account. To add your Bond Bridge to your account, first hit the plus sign on the screen and select “Bond Bridge” from the available options. Next, plug in the Bond Bridge and wait for the LED status light on the device to begin blinking green. The Bond Bridge is now in setup mode, is broadcasting its own SSID, and you just need to go through the steps required by your smart phone’s OS to connect to it. Once connected over Wi-Fi to the Bond Bridge, you will have to enter the four-digit PIN on the back of the Bond Bridge.

To complete the setup:

Once the Bond Bridge is connected to the home’s network, using the app you can add the devices you want to control through the bridge.

Adding a new device that will be controlled by the Bond Bridge is very easy. First, on the device’s page of the app, press the “+” button. This will take you to the “Add a New Device” screen where you select “Remote Control.” Next you will choose your Bond Bridge and select the type of device you want to control (ceiling fan, shades, or fireplace).

You will then be asked to select the location for your device and to provide a name for it. These entries will be used for setting up Crestron control below so you can skip the procedure to extract them from your Bridge using a series of curl commands if you simply write them down. The Crestron modules require that the device name and location are exactly as entered, including case, so be careful to write them down accurately.

Next, you will choose a command to record based on your device and its specific capabilities. For example, if you are going to be controlling a ceiling fan, different fans have different numbers of speeds. Some ceiling fans just have one set of lights while others have upward facing lights that wash across the ceiling along with downward facing lights that are separately controlled. Some fans have discrete on/off commands while others only have a toggle on/off command.

Crestron Control via the Bond Bridge

The Bond Bridge includes a wide range of smart home ecosystem integrations, but Crestron is not among them. Using the published Bond application programming interface (API), however, I was able to create a full-featured module set for controlling devices connected to a Bond Bridge. The module set consists of two modules:

The Bond Bridge security token can be found on the “Bond Bridge Settings” page in the smart app. To navigate to this page, simply press the button for your Bond Bridge under the “My Bond Bridges” section of the “My devices” page. The token is labeled is “Local Token.” Simply copy it exactly as displayed in the app into the Bond Token parameter field.

The Bond Device module is used to control a device integrated with the Bond Bridge. Multiple copies of this module need to be included in a Crestron SIMPL Windows program, one for each device to be controlled. To identify the specific device that the Bond Device module will control, there are parameters for the device name and its location. Each device’s name and location can be found in the Bond app by selecting the device from the “My devices” page and then pressing the “…” button in the top right corner of the screen. A popup menu will appear, and you then need to select “Device settings” from the menu to open the “Device Settings” page for the selected device. The name and location of the device can then be copied into the “Device_Name” and “Device_Location” parameter fields in the module instance. The name and location must exactly (including case sensitivity) match how they have been entered in the Bond smart app.

The Bond device module includes digital inputs for controlling ceiling fans, fireplaces, and shades connected to a Bond Bridge. The choice of inputs on the Bond Device module that an integrator will use will depend on which device (ceiling fan, fireplace, or shade) the module will be used to control. In addition, different models of a device may only support a subset of the available commands. For example, one ceiling fan may have a breeze function where the fan randomly changes speeds, and another may not. To help understand which inputs can be used, the module includes an Action_List$ output that will report what commands a device supports. The Crestron programmer can use this information to know which command functions to expose in the user interface for the homeowner.

Functions included in the Bond Device Module are:

The Bond API supports feedback on the status of connected devices, but my experience is that the feedback isn’t 100-percent reliable. This makes sense because the RF communications channel between a 433 MHz/315 MHz controller and a device is typically one-way – from the controller to the device. There is no true feedback from a device back to its controller. Because of this the Bond Bridge is simply assuming that the device is in the state that the last Bond Bridge command instructed it to be in. Any manual control of the device through other means will cause the Bond Bridge to incorrectly report a device’s status.

A full example program that includes the modules can be downloaded here:

I personally don’t have any ceiling fans, shades, etc. that use RF commands for control, so I wasn’t able to personally test this code. I want to thank the people who worked with me on this project helping to beta test and debug the code. The Bond Bridge is very picky about the exact formatting of the commands sent to it, so it was challenging to get this all working.

The Bond Bridge does a good job of integrating devices controlled by 433 MHz and 315 MHz RF signals into a smart home ecosystem. However, it isn’t a bargain. At $99 it costs more than a SmartThings hub. If you only need to integrate a single ceiling fan into a smart home, then a Leviton or GE ceiling fan controller is a less expensive option. However, if you have multiple ceiling fans, then the Bond Bridge is a more cost-effective approach.

The Bond Bridge is unique in its ability to integrate the control of RF-controlled fireplaces and shades into a smart home. However, before a homeowner or smart home integrator goes down the path of integrating a fireplace, they need to understand the risks involved. Should a fireplace – for whatever reason – be turned on when a homeowner doesn’t expect it, there could be significant consequences. First, it could lead to a fire. Second, because the homeowner doesn’t realize the fireplace is on, a child might be left unsupervised and could suffer from significant burns. I have always advised clients that they shouldn’t automate the operation of a gas fireplace for these reasons. However, some people don’t consider those risks to be an issue and decide that they would like, for example, their smart home system to send commands to all their fireplaces to turn them off any time the home becomes unoccupied.

Overall the Bond Bridge is a valuable asset in a smart home that includes devices controlled using 433 MHz and 315 MHz RF signals.