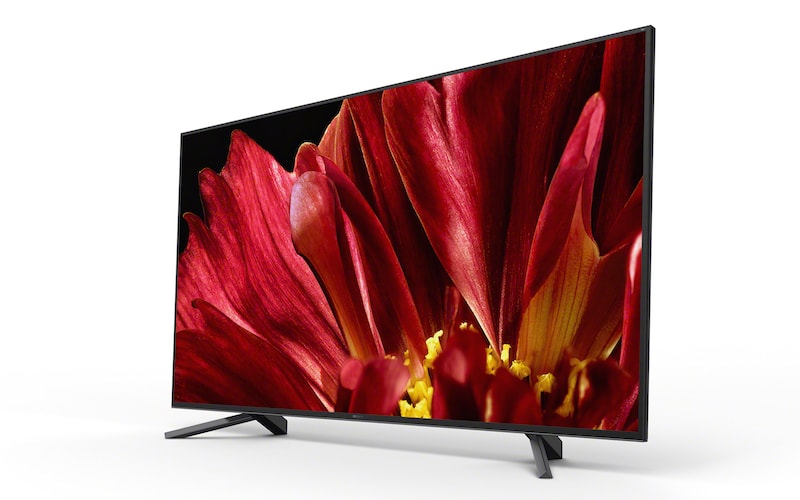 IMAX movie theaters have long been known for their uniquely up-close and immersive sight-and-sound experience. They present images shot in such a way that they make audiences feel they are both physically and emotionally participating in the action on the screen.

Unfortunately, much of the thrill experienced in those theaters is lost when IMAX-produced content is packaged for playback on smaller home theater screens and sound systems.

At the recent CEDIA Expo, a new certification and licensing program put together through a partnership between IMAX and Xperi’s DTS called “IMAX Enhanced Certification” was unveiled with the promise of changing that.

The first licensed partners in the program include Sony Electronics, Sony Pictures, Paramount Pictures, and Sound United. To be selected as a program partner, the manufacturers must design home theater equipment “to meet a carefully prescribed set of the highest audio and video performance standards, set by a certification committee of IMAX and DTS engineers and Hollywood’s leading technical specialists,” according IMAX’s statement announcing the IMAX Enhanced program launch.

In home theater audio, like Sound United’s new high-end Denon AV receivers AVR-X6500H and AVR-X4500H due in October and the Marantz AV7705 will be DTS Enhanced using a variant of DTS:X developed for the IMAX Enhanced program. Interestingly, parent company Sound United said it will be offering IMAX Enhanced support to various qualifying products via a free internet-delivered software update starting in the fall and concluding in early 2019.

IMAX Enhanced products will have an “IMAX Mode” to optimize forthcoming specially produced IMAX Enhanced content to the standards originally intended by the filmmaker. In fact, IMAX executives said the program works with content creators to assure those standards are met.

The IMAX Enhanced program has “four pillars” supporting both specially remastered IMAX content and the equipment needed to play it back at home.

These include the following:

70mm footage, as compared to one third of the footage in Nolan’s earlier landmark The Dark Knight Rises. Marvel’s Avengers: Infinity War and End Game are to be the first major motion pictures shot entirely with IMAX cameras. Further, there is the large library of 70mm documentaries shot expressly for IMAX. These will require less drastic remastering for IMAX Enhanced home entertainment and should produce exceptional picture quality from these high-end television sets.

Importantly, IMAX executives said IMAX Enhanced content has been remastered to take advantage of the high dynamic range (HDR) capabilities of today’s premium displays to present the elevated levels of brightness and contrast with intensity and clarity.

IMAX engineers said they know a great deal about how to present HDR because their theater screens and projectors are designed for images that are much brighter than those seen in traditional cinemas. In this process, IMAX realized that very bright pictures produce more visible image noise and film grain. IMAX had to develop special processing systems to clean that up, and this technology will be applied – with the filmmakers’ cooperation – to IMAX Enhanced images. This is intended to make the look brighter (when called for), sharper, and more realistic.

According to IMAX Senior VP of Post Production, DMR, and Operations Bruce Marco, “DMR is basically a noise-frame reduction technology that we use in addition to color tools to enhance the images we show in our theaters to compensate for these larger screens. Otherwise, the image would actually look worse, because our screens are so big, and with that extra brightness, grain and noise are magnified. We have a new generation of technology that we are using under this program to manage those noise and grain issues, and it works wonders in the high dynamic range mastering process because it really gives the filmmakers and the studios full control to optimize the process for HDR.”

In optimizing sound for the home, IMAX theaters use 5.0, 11.0, or 12.0 format setups, with a “roll-off” subwoofer, instead of a discrete sub, Marco said. They also use “point-source surrounds,” which he described as “more of what you have in a consumer’s home” than conventional cinemas. IMAX turned to DTS to help translate that theatrical experience over to home theater gear.

“DTS is able to perform at the highest levels, and with the DTS:X codec you can have many different speaker configurations and the sound will still be quite impressive,” explained Kevin Doohan, Xperi/DTS CMO and executive VP.

Of course, in adapting IMAX to the home, capturing the whole experience will be limited by the necessary geometrical differences of the home theater space, as well as each component’s ability to achieve all of the sound and picture parameters. IMAX Enhanced will ensure that the experience is reproduced in the best way possible within the capabilities of each supporting device.

Although the experience will be best presented using IMAX Enhanced content on IMAX Enhanced components for every link in the chain, that content will also play back on non-IMAX Enhanced certified products, and viewers will very likely benefit from some quality improvements as well, up to the maximum capabilities of those devices, IMAX executives said.

Additionally, non-IMAX Enhanced content should look and sound better over IMAX Enhanced electronic components, because they will all be premium-level products tweaked to some of the most demanding specifications in the theatrical industry.

As for the “certification” portion of the program, IMAX Enhanced is also a marketing tool that follows a line of standards certification programs, like those from THX, Dolby, the Ultra HD Alliance, and others. In most cases, these are all designed to carry a badge intended to help the consumer identify equipment capable of “the best” experience the industry has to offer. Of course, the consumer will ultimately be the best judge of that. But IMAX benefitting from its decades of very big-screen expertise will be flashing a pretty bright marketing beacon in retail showrooms.

“There is a standard used for all our theaters that is unlike those used for any other movie theaters,” Marco explained. “Our theaters are all built with the same or similar geometry, the same proprietary projection systems and sound systems, so there is a very high-quality level of experience that people have come to expect and are willing to pay more for, because IMAX costs more.”

“A Gamechanger for Me and My Clients”