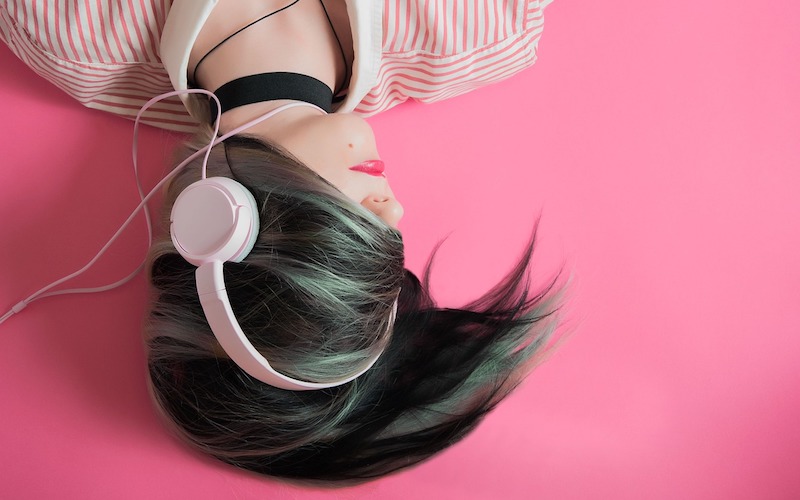 Although there’s debate about whether or not musicality is unique to the human species, there’s no question we are musical beings. That’s not to say that every person has perfect pitch, can play a musical instrument, or even carry a tune. Rather, it means that, from the moment of birth, we use variations in sound – pitch, timbre, rhythm, intensity, and melody – as our earliest method of communicating feelings of hunger, sleepiness, contentment, and irritation.

Parents, likewise, use sound to interact with infants. In fact, research has shown that this early “musical” back-and-forth between parent and infant is so important that its absence can have large detrimental effects on the cognitive and emotional development of the child. In The Music Instinct: How Music Works and Why We Can’t Do Without It, author Philip Ball posits that evolution “seems to have given us intrinsic proclivities for extracting music from the world. Music is a part of what we are and how we perceive the world.” The importance of music doesn’t diminish as we grow older, either. In many ways, music is as fundamental to human health and wellbeing as eating and sleeping.

It’s been that way for millennia. In 2012, for example, archeologists unearthed a pair of flutes (one made of bird bone, the other from mammoth tusk) that were carefully crafted by an aspiring homo sapien close to 43,000 years ago. Throughout recorded history, indigenous cultures have used songs as a way of remembering and retelling oral histories and traditions. At the same time, they used (and continue to use) music and chanting as an element of “healing ceremonies” for both body and mind.

“A look into the healing practices of indigenous cultures, for example,” writes Jill Sonke at the University of Florida Center for the Arts in Healthcare, “often reveals rituals that engage music as a means for transcendence, diagnostic discovery, affirmation, treatment, and for communication across human and spiritual realms … Even more fundamental is the broad utilization of music as a means for transcending states of consciousness, notably in spiritual and religious settings, where music is an integral component of shifting an individual’s awareness from the realm of the mundane to that of the sacred.”

While music’s effects on general mental health and wellbeing are outwardly obvious, only recently has medical science discovered the measurable, physical effects of music on the human body. For example, a Swedish study in 2014 showed that when individuals sang together in a group, the “unison singing, structured by the music’s course, synchronized the participants’ heart rhythms, and that this synchronization had a beneficial effect on the singers’ wellbeing.”

Scientists at the Baycrest’s Rotman Research Institute have observed that learning to play a musical instrument alters brain waves. “This change in brain activity demonstrates the brain’s ability to rewire itself and compensate for injuries or diseases that may hamper a person’s capacity to perform tasks.” As a result, music therapy – the use of listening to or performing music in order to assist in a healing process – is rapidly coming out of the pseudoscientific shadows and becoming a respected area of neurological research.

Music Can Work Better Than Drugs

The powerful ways in which music therapy seems to have beneficial effects on so many debilitating ailments and traumas can appear to be, to the layman’s eyes, at least, nothing short of magic. “Music is not tangible,” wrote neuroscientists Robert Zatorre and Valorie Salimpoor in a June 2013 op-ed for The New York Times. “You can’t eat it, drink it, or mate with it. It doesn’t protect against the rain, wind or cold. It doesn’t vanquish predators or mend broken bones.” Behind the curtain, though, there’s a very real, corporeal process going on. “When pleasurable music is heard, dopamine is released in the striatum … which is known to respond to naturally rewarding stimuli like food and sex and which is artificially targeted by drugs like cocaine and amphetamine.”

In addition to affecting the brain’s reward center, dopamine is critical to the coordination of the bodily movement. Dopamine and serotonin, another neurotransmitter, are both known to manage mood; and serotonin is also associated with the regulation of sleep.

That’s just the beginning of the impressive scientifically documented effects music has on our bodies and minds. Research led by Dr. Daniel Levitin of McGill University’s Psychology Department, author of numerous bestselling books, including This Is Your Brain On Music, found that listening to music improved the functioning of the body’s immune system.

Music was so good at reducing listeners levels of stress, in fact, that it was more effective in reducing patients’ anxiety prior to surgery than were prescription drugs. “We’ve found compelling evidence that musical interventions can play a health care role in settings ranging from operating rooms to family clinics,” Prof. Levitin said. “But even more importantly, we were able to document the neurochemical mechanisms by which music has an effect in four domains: management of mood, stress, immunity, and as an aid to social bonding.”

Music therapy is now being used as an essential aspect of treatment for PTSD, opioid addiction, brain injuries, stress reduction, and in recovery from bronchitis and pneumonia, as well as in the care of people with autism. Music has even been described as a “legal drug” that can improve the performance of professional athletes by enhancing training and reducing stress prior to competitions. Choosing music with the appropriate tempo for the correct exercises can improve the quality and significantly extend the time spent working out for non-professional athletes, too.

What is the World’s Most Relaxing Song?

The Harvard and Stanford Business Schools recently reported that job stress, by itself, causes more deaths than the flu, diabetes, or Alzheimer’s. While you could turn to prescription (or illicit) drugs or alcohol to attempt to manage stress, Sonos, the wireless streaming music system maker, suggests self-medicating with music. According to an informal survey conducted by the company, “Music is about 40 percent more effective at reducing stress than exercise, though both are very beneficial.”

Along the same lines, in her research on portable music players and stress, Marie S. Skånland of the Norwegian Academy of Music suggests that, in stress-filled urban environments, “The MP3 player may be a valuable coping device, enabling music users to enhance their subjective wellbeing and mental health.” In fact, in a 2014 “Music Snapshot” survey, headphone maker SOL REPUBLIC, found that 75 percent of their respondents said they “rely on music and their headphones in order to relax and unwind every day” – although 45 percent also reported that they wear head-phones “to avoid interactions with other people.”

Since the average person listens to music for 2.5 hours per day, it sounds like there’s a lot of self-prescribed playlists out there. If you want to put together the ultimate stress relief playlist, neuroscientists at Mindlab International in the UK claim they’ve found the so-called “world’s most relaxing song”: Marconi Union’s “Weightless.” In their study, the researchers discovered that “Weightless” reduced listeners’ overall anxiety by 65 percent. The 8.5-minute song is so relaxing, in fact, that they warn against listening to it while driving. (If you feel the need to really zone out, there’s a 10-hour version, too.)

Music Can Create a Healthier Household

In early 2016, Sonos conducted an impress-ively thorough and rigorous global study on the effects of listening to music out loud with others at home called, interestingly enough, “Music Makes it Home.” Of course, you’d expect a company that makes streaming music loudspeakers to find that “Having speakers at home is great!” – but the results were much more interesting and specific than that. To begin with, Sonos discovered that “people who listen to music out loud at home the most spend an additional three hours and 13 minutes per week together with their household members than those who listen out loud the least.” Surprisingly, that’s likely the least exciting statistic in the study.

More than eight out of ten participants, for example, believed that doing household chores was easier when listening to music. Half said they enjoyed cooking more with music playing, and the total time members of the household spent together in the kitchen increased by 20 percent. After they began playing music in the home, 43 percent of participants reported feeling “extremely loved” – an 87 percent increase from before the music started.

You can see where this is going, no doubt.

Almost 60 percent of the respondents said that “a person gets more attractive if they’re playing music that they like.” The increased attraction gets results, too. Sonos found that, of the 30,000 households in their global survey, “Couples that listen to music out loud reported that they have 67 percent more sex than their non-music listening counterparts.”

To help get your mind around that statistic, Sonos explains it like this: “Say you and your significant other are ‘enjoying each other’s company’ three times a week. Throw on some mood-making Disclosure or Frank Ocean, and now that three might become five.” There’s not only more sex in homes with music – it’s better sex, too. “Of the time they spent together, the couples that fired up Apple Music spent 37 percent more time active in the bedroom than they did without music out loud.”

It’s hard to argue with those kinds of numbers; and, really, why would anyone want to?

Whether you look at it historically, anthropologically, scientifically, or personally, music has profound, positive effects on the human body and psyche. Continuing research points indicate that music therapy can have better outcomes than prescription drugs on a wide variety of physical and mental problems caused by diseases or traumas. It’s certainly less expensive than most of the alternatives. Most importantly, individuals can practice their own form of music therapy by something as simple as creating or streaming playlists with music that’s appropriate for the desired results.

It’s easy to imagine one of our ancestors sitting by the fire blowing through a well-used bird bone flute to entertain and enthrall his or her companions 43,000 years ago in what could be thought of as the original version of Spotify. Today, we have the benefit of more music than we could ever listen to available anytime, anywhere. It’s important not to waste that opportunity by relegating music to the background. Choose your playlists wisely, and you’ll make your life healthier, happier, and, as it turns out, sexier.