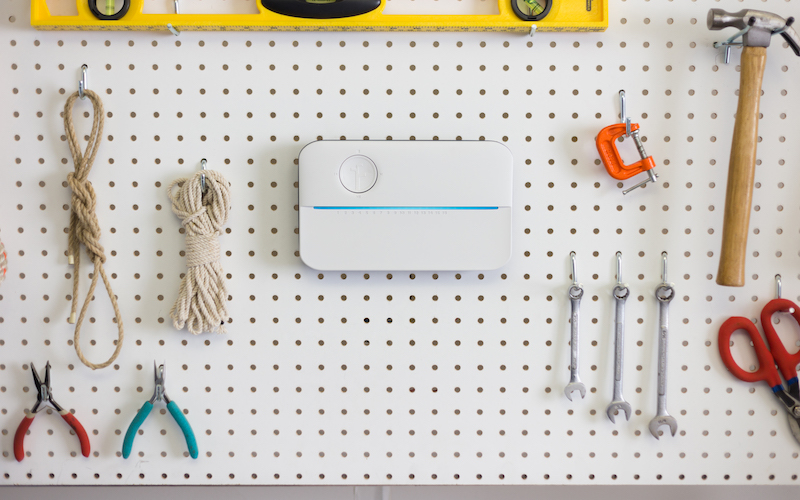 In 2012, Colorado-based startup Rachio developed an app-enabled sprinkler controller. The system allows users to personalize their watering schedules and it even monitors local weather to help curb water usage on rainy days. The goal was to make irrigation both convenient and more sustainable. According to their website, as this is written, their users have saved over 31.5 billion gallons of water, and counting.

Already succeeding in the sustainability category, the company is now further enhancing the convenience of their product. Rachio is becoming the only smart sprinkler controller to integrate the Apple HomeKit. A smart home control system, Apple HomeKit allows users to do everything from turn off their lights via an app to monitor their front door, all depending on their various capabilities and accessories. Now, add to that arsenal the ability to control your sprinklers.

The recently launched Rachio 3 Smart Sprinkler Controller can be controlled via the Apple Home app or by asking Siri on any iOS device: Apple TV, Apple Watch, or HomePod. This inclusion is a long time coming, as the system is already integrated with Amazon’s Alexa and Google Assistant. “We are excited to bring HomeKit support to Rachio customers,” said CEO and co-founder  Chris Klein in a press release. “HomeKit users already have a smart home, and now they can have a smart yard, too. Rachio customers have been asking for HomeKit integration, and we are excited to deliver it to them with our new Rachio 3 Smart Sprinkler Controller.”

Vanquishing Energy Vampires. Are There Any Left?