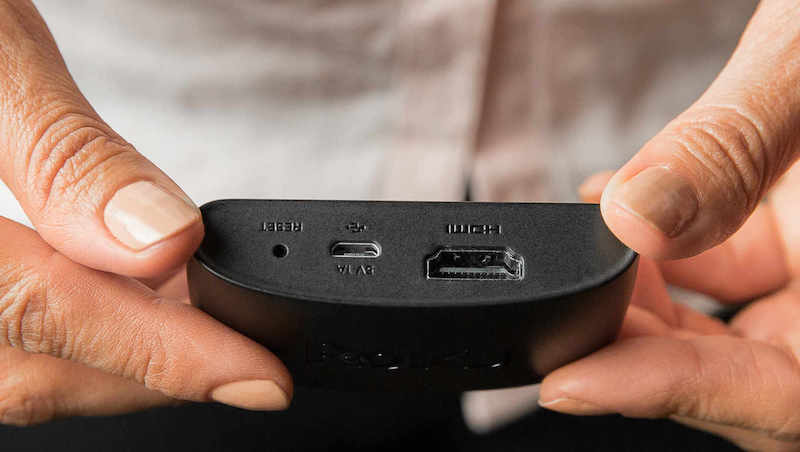 You can’t say it’s been a dull time for the world of streaming services and devices. So far this month we’ve gotten updated information on Disney+ and Apple TV Plus, and Comcast Universal has just revealed the details on its forthcoming Peacock streaming service. What will we use to access these services? September has seen Roku introduce a streaming soundbar and wireless subwoofer, Amazon has countered with its own FireTV-equipped soundbar from Anker along with a new model of the Fire TV Cube, and just this week Comcast xFinity announced that its “Flex” streaming device is now free to internet-only customers.

Those expecting a new, updated Apple TV device were disappointed when that didn’t appear along with the new iPhones, iPad, and Apple Watch, but there are still almost two weeks to go before the month is over. Indeed, Roku has just announced updates to its line of external streaming devices as well as a new version of the Roku OS that should keep streams “flowing” at a rapid pace.

While not totally new, OS 9.2 will bring some significant improvements to Roku product users. With a sharp focus on making access to content and device navigation easier, search and discovery will benefit from features such as “Roku Zones” and a “4K Spotlight Channel.” The former will present curated selections of content types that are available across the broader Roku platform. For example, selecting the “Superhero Movies” Zone will bring up categorized rows that are browsable with simple-click access to the various sub categories of the specific genre including whether the program is free or available for rental. 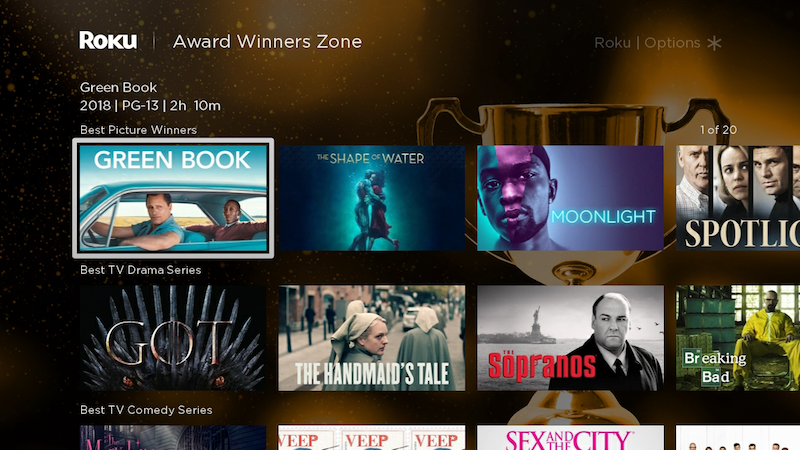 Roku’s new OS 9.2 will deliver a variety of “Zones”, such as “Award Winners”, that will show a curated selection of movies or TV consistent wit the category.

With increased attention to 4K streaming options, there will also be a curated “4K Spotlight Channel” that will cut across the various content genres to highlight 4K content. Improvements to Roku Search also will enable the user to simply say “4K Movies” to be presented with popular 4K titles.

The broader use of enhanced voice control is also a highlight of the OS 9.2. Users will now be able to use the voice remote or Roku app to set a sleep time and to find, play and control stored music, movie, and photo content being played through the Roku Media Player. 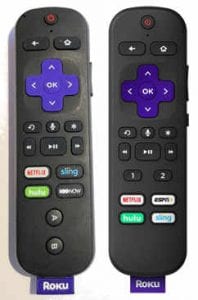 The Roku Ultra Enhanced Voice Remote (right) adds programmable short-cut buttons that its predecessor (left) did not have.

That’s all fine, but my personal favorite that will be added to the Voice Control suite is “Search by Movie Quote.” If you remember the line, but not the exact movie, you can say “top quote lines” into the voice remote and the platform will search through thousands of popular movies to deliver a result. I can’t wait to say, “I’ll make him an offer he can’t refuse” and be taken to where to access The Godfather.

Additional new features and improvements for Roku OS 9.2 include a “shortcut” section on the home screen to reduce the number of steps needed to complete popular actions such as TV power on/off and channel addition and faster start time within apps on the platform.

Again, the roll out will start this month for select Roku external streamers, with more, including the new Roku Smart Soundbar, receiving the update going forward. Roku TV models will receive the upgrade over the coming months.

Now that we know what the new OS will be, what are the new devices it will be going into? The middle of the Roku product line will remain mostly unchanged, but there will be new models at both the top and bottom of the lineup.

The Replacement for Roku Express

The current Roku Express will be replaced with a model bearing the same name and $29.99 price, but in a form factor that is 10 percent smaller. The new Roku Express+ remains as a Walmart exclusive, adding the Roku Voice Remote at a $39.99 price.

An important update to both models is reduced power draw so that the Express models may be powered from the USB port on virtually and contemporary flat-panel TV. This may seem like a small thing, but when the new Roku is installed where the power run to an open AC outlet is problematic it will be great to just run the USB cord directly into the TV.

In the middle of the product range, the Premiere model remains as the entry point to 4K at $39.99. The Streaming Stick+ also remains as is at $59.99 as a more portable, travel-friendly option with long-range wireless and a voice remote. I’ve used it with great success in both Asia and Europe as a link to “home content.” A new Streaming Stick+ HE will be available exclusively at Best Buy, also at $59.99, and it adds the Enhanced Roku Voice Remote with a headphone jack and a pair of ear buds.

The refreshed, top of the line, Ultra models have the same form factor as the current Ultra models, but there are important updates to both the hardware and remote. Thanks to an enhanced quad-core processor and more memory, the load time for popular channels is shortened anywhere from 17 percent to 33 percent, depending on the specific app.

An interesting addition to the Enhanced Roku Voice Remote are two new buttons that appear between the “transport” controls and the familiar brand labeled shortcut buttons for the likes of Netflix, Sling, Hulu, and AT&T Now. To be sure, some of those channel names will likely change with the disruption currently going on in the streaming services business, but one presumes that the buttons themselves will continue to switch to the current successor channel.

That’s great if you want to watch one of the channels pre-programmed by Roku, but what if your favorite channel is something else and you don’t want to navigate through the menu layers to get to it? Problem solved. The Ultra’s Roku Remote will allow the user to program those two new buttons as they wish. For example, in my office one of those buttons would be for Sky News to satisfy the international news junky in me, while the other would be for Tablo or AirTV for access to off-air TV DVR. THIS is cool.

As an aside, those familiar with current Ultra models will note the “A” and “B” buttons stacked vertically at the bottom of the remote. These are used for online games and the new “1” and “2” programmable shortcut buttons on the remote shipped with the new Ultra models will also be usable with games. The current remotes and models, however, are not upgradeable.

Pricing for the new Ultra, including the premium JBL ear buds, remains at $99.99. A new Roku Ultra LT will be a Walmart exclusive with standard Roku ear bubs and a few other differentiations will retail at $79.99.

All-in-all, the combination of the new Roku OS 9.2 and the updated streaming device line will likely see Roku maintain its U.S. market leadership for streaming products. The Roku Express+ will be available broadly at the end of September with the rest of the devices on sale in October.