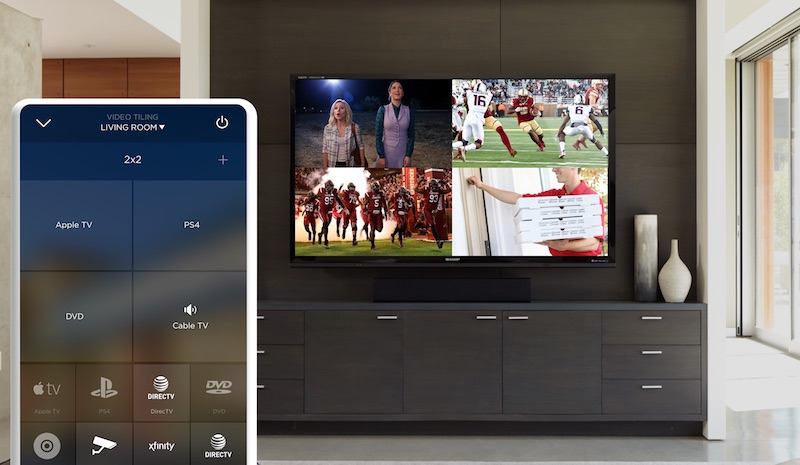 IP Video Tiling is now built into Savant’s IP Video input and output modules (with video processing) and can be offered with no added costs or specialty equipment required by Savant dealers.

Integrators can now add video tiling to any IP Video system, allowing for viewing of multiple sources at the same time on a single display. Unlimited sources can be connected to Savant’s IP Video distribution system with tiling, only limited by the size of the network.

All features are built in, enabling users to access and view any available source as a tile on any display within the IP video network.

[Check Out: Does an Energy Monitor Really Add Value to a Smart Home?]

Savant’s IP Video Tiling is also easier to use, the company says, thanks to a more streamlined user experience within the Savant Pro 8 App. The app leverages Savant’s drag-and-drop gesture interface when adding new “favorite channel” icons for easier channel selection per source and it automatically detects the number of sources present and provides an array of predefined tiling layouts.

Tiling presets can now be created, saved and added to Savant Scenes, enabling one-touch access to all favorite programming. For seamless compatibility with existing Savant systems, the tiling interface in the Savant Pro 8 App is backwards-compatible with the previous generation of chassis-based 1080p tiling solutions. Additionally, Savant’s TrueControl tiling interface is fully supported by the IP Video line.

Savant’s broadcast-quality IP video solution works by transmitting video and audio data over standard 10Gb networks. The company points out that other non-IP 4K video distribution systems on the market only support 4K/60 4:2:2 or require extreme compression to fit over 1Gb, as much as 800:1, introducing video artifacts and jitter.