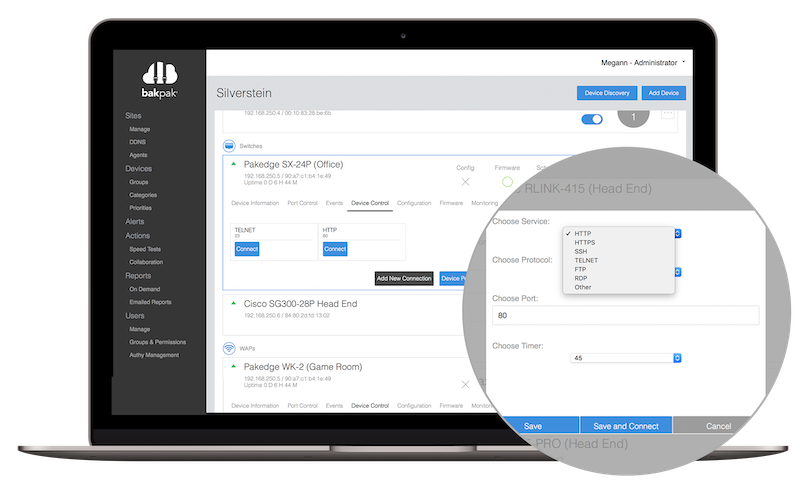 Self Healing Networks: Tech Convenience That’s Not Without Negative Consequences

When you first hear about it, self healing networks sound a bit magical – technology capable of analyzing and repairing itself when problems arise. On a moment’s reflection, a bit of trepidation creeps in. Isn’t this how the Terminator movies begin?

Dig to the heart of it, though, and self-healing networks are like most, if not all, of the technological innovations permeating our lives these days, which is to say that they’re certainly a convenience, but not without some consequences.

But what is a self-healing network, exactly? What does it do? How does it work? To answer those questions, I turned to Luxul Product Manager John Epeneter, whose company recently added self-healing capabilities to select managed network switches in the form of auto recovery and power scheduling.

He explained these two key features thusly: “Simply put, self-healing does two things,” he said. “First, it can automatically reboot a network-powered device if that device doesn’t respond to a network ping request. Imagine a security camera goes offline, and then imagine that the network automatically reboots that camera when it pings it and doesn’t get a response. Secondly, we can also shut down a network-powered device on a schedule. Imagine a store owner wants to turn off their guest Wi-Fi at night and over weekends… the network can do that for him automatically.”

That hardly sounds like the stuff of dystopian sci-fi nightmares. It’s worth noting, however, that not all networks are capable of self-healing; generally speaking, there are two minimum barriers to entry. First off, self-healing networks require the use of managed switches – network devices that can be configured on a port-by-port basis to allow for things like traffic prioritization, port speed, etc. Secondly, the network needs some way of controlling power to connected devices. This can come in the form of Power over Ethernet (PoE) for devices that support it, or a power management device with IP capabilities for those that don’t.

Caroline Oles, director of product networking for SnapAV, whose WattBox IP power conditioners fall into the latter category, explains that, “Sensing and fixing basic items in the background without a manual intervention turns common pain points into non-issues for installers and end-users alike. A common scenario that WattBox solves is when internet connectivity is lost. It recognizes the issue and reboots the linked outlet [connected to the modem], thus quickly resolving problems perhaps even before a client is aware of them.”

When you think about it, that makes perfect sense. After all, if your internet is down and you call customer support, what’s the first thing they tell you to do? Unplug your modem and router and plug it all back in again. And at the very simplest level, that’s essentially what self-healing network technology is doing.

“Dealers can even schedule regular reboots through the local UI or OvrC platform,” Oles continues, referring to SnapAV’s cloud-based remote device management platform. “The best-case scenario is that any issue is caught and rectified prior to the homeowner even knowing an issue occurred. This allows our dealers to focus on current sales and installs without having to worry about the stability of previous installs.”

I also reached out to Evan Marty, former systems integrator and current senior product manager for remote product management at Control4, owner of Pakedge. I wanted to ask about his experience with networks with self-healing capabilities, both as someone who previously installed and managed them and someone who currently works for a company who designs and manufactures them.

“It’s a great feature to offer, and one we’ve offered on our SX Series managed switches and all of our power distribution units for years now via the local UI or BakPak Remote Management platform,” he told me. “One major benefit is that when you have something like a cable box in your system that is continually and predictably causing a problem – locking up every 10 days or so, for example – you can schedule an automated reboot every Sunday morning at 3 a.m. Putting a scheduled reboot in there every seven days can save a lot of headaches.”

When it comes to pinging and automatically rebooting devices, though, Marty encourages a little more caution. “As for the potential consequences, think for a moment about a smart home control system. Think about what happens when updates are pushed out. With Control4, for example, you download the firmware update to the controller, which then pushes that update out to connected devices, like touch panels. So that touch panel, when it receives the firmware, reboots and extracts the update. During that time, that device is unresponsive. It’s not on the network. So, what happens if a self-healing switch senses that lack of network connectivity and reboots the device in the middle of a firmware updated?”

“Exactly,” Marty says. “The reality of automation is that it happens every time, regardless of condition. And that’s both a positive and a negative. Most dealers who work with lighting control can identify with being called to a house because lights are randomly being turned on and off, not knowing how or why or what, only to find that the lighting control system is in vacation mode. And self-healing can have very much the same result. Vacation mode with lighting is fantastic when it’s used right. If it gets invoked in the wrong way, though, it’s the worst.”

In other words, it’s a very good idea to be selective about which devices you connect to self-healing ports or outlets. IP cameras are a great candidate, Marty says, because “once they’re installed, they rarely need to be reconfigured. If a camera does lock up or freeze, attempting to recover it without the intervention of a technician is a great opportunity.”

Even with more sensitive devices that are frequently updated, though, Luxul’s John Epeneter adds that there are workarounds. First, he says, if firmware updates are rolled out manually, “you can disable the Auto-Check function before you do the system update, then re-enable the feature after the update has been completed and verified. This is the preferred method. A second way is to increase the number of retries and the interval between retries such that the time from first failure, when an update has started, to the time that a reboot actually happens is longer than an update would take. This second method still has a chance of failure, so the first method is preferred.”

The long and short of it is that once you move past basic scheduling of regular reboots, self-healing still has some limitations that you need to be aware of. But what might the future hold? Epeneter says that his company’s Domotz Remote Management platform currently allows for the monitoring of specific services or functions running on network connected devices, far deeper than their mere network status.

When we reach a tipping point where more integrators and end-users are utilizing remote monitoring and management, Epeneter envisions a coordination between such services and self-healing mechanisms to deal with deeper issues, rather than simply keeping them from being a constant annoyance to homeowners and integrators.

So, while self-healing may not be a panacea for all of your networking woes – at least not yet – it’s also not likely to be the source of the robot uprising.