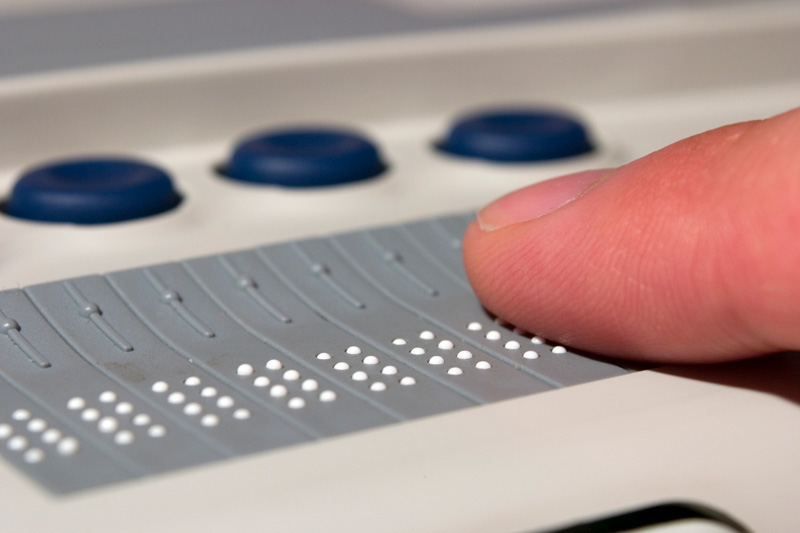 Professional smart home integrators are very good at understanding the requirements of the average person when developing a smart home system for them. However, few have had to work through how those requirements differ for the visually impaired.

It is important to understand that blindness, the complete or nearly complete loss of vision, is just one type of vision impairment. Wikipedia describes visual impairment as “a decreased ability to see to a degree that causes problems not fixable by usual means, such as glasses.”

Voice assistants can be integrated into a smart home to:

Lighting control can be very important in a home occupied by a visually impaired person. Again, it is important to remember that visual impairment covers a wide range of diminished vision capabilities. One person may be able to read highly magnified text, another may only be able to tell if it is light versus dark, and another may have no vision at all. Others can even be very sensitive to bright light.

Lighting should all be controllable through voice commands and possibly motion sensors to remove the need to locate a light switch on a wall. Motion sensors are especially useful to trigger lighting scenes in, for example, a hallway where there is no other reason to place a voice assistant.

Stairways are especially dangerous for a vision impaired person who can have difficulty seeing where they start, end, and how steep the stairs are. Proximity sensors can be placed at the top and bottom of the stairs to provide audible warnings for people when they approach the stairs. For those customers with some vision, step lights can also help them safely navigate stairs.

Audible Notifications for the Smart Home

Modern sensors that include voice messages can provide the missing information. For example, building codes require smoke detectors to be placed in every bedroom, plus other rooms around a home. It can be very difficult to determine which detector is generating the alarm. A smoke detector that includes voice messages can report in which room the smoke has been detected.

Amazon provides the ability to integrate compatible sensors as triggers for Alexa routines. So, a compatible sensor can be integrated into an Alexa routine that can announce any phrase on an Alexa speaker. For example, a leak detector located behind a toilet can trigger an audible notification that the toilet in the master bathroom is leaking.

Some smart home hubs that integrate with Alexa, like the Hubitat, can even integrate virtual sensors that can be used to trigger a wide range of audible messages.

With limited or no ability to see, a vision-impaired homeowner is at higher risk in a home from intruders, fires, and other emergency situations. Many modern security systems can integrate with voice assistants to make it much simpler to arm, disarm, and check the status of the system. One example is the integration between Alexa and SimpliSafe. The SimpliSafe Alexa skill includes:

Alexa, ask SimpliSafe to arm my system in home mode

Alexa, ask SimpliSafe to arm my system in away mode

Alexa, tell SimpliSafe to lock up.

Alexa, ask SimpliSafe if my house is secure

Smart doorbells also provide added protection to a visually impaired homeowner. For example, the Nest Hello, with facial recognition, can be trained to identify frequent visitors. When someone comes to the door the system can be setup to announce the event, including the identification of familiar people or delivery of a package, on a Google/Nest smart speaker.

Voice control can become cumbersome. For example, before going to bed a homeowner might give the following commands:

Set the thermostat to 67 degrees.

Turn out the kitchen light.

Turn out the living room light.

Turn out the bedroom light

Combining all these steps into a routine that can be initiated with a single verbal command makes the smart home much simpler to operate; especially for someone that may not be able to visually validate that they have remembered to issue every verbal command.

Documentation for the Smart Home

Providing user documentation of a smart home system is just, if not more, important for a visually impaired customer. Someone using a touch panel or smart phone app can fumble their way through menus to find the function they want. It is much more challenging to remember each, and every, voice command that an integrator has created to control a smart home. When voice commands are the primary user interface for a smart home, documentation of the various commands is essential.

There is an alternative to printed documentation when Amazon Alexa devices are used as voice assistants. Amazon Blueprints can be used to create audible documentation of the Alexa commands available for controlling the smart home. A custom Q&A Blueprint can be used so a customer can ask questions such as:

Having a conversation with a visually impaired person about the details of their condition can be uncomfortable for a smart home integrator. But, it is only through a frank, and open, discussion that the smart home system can be designed to truly meet the customer’s needs.