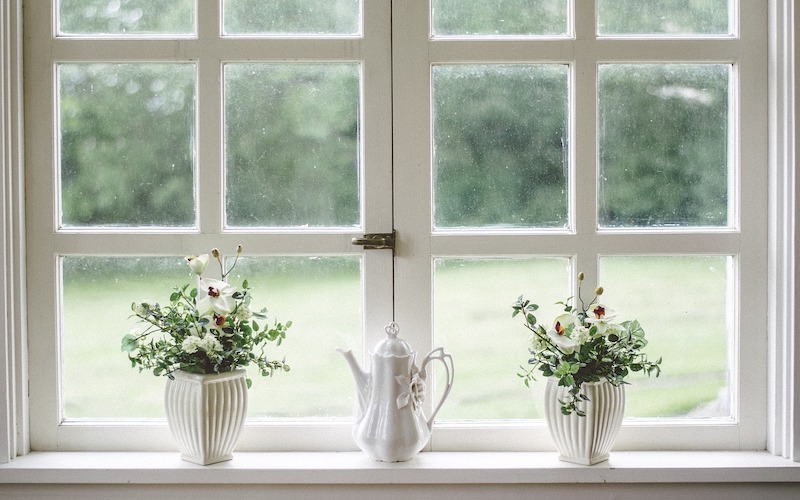 Image by StockSnap from Pixabay

Windows are incredibly important in the design of a home.  They are important for the home’s aesthetics, they allow exterior light to enter the home, can be opened for ventilation, and solar energy entering through southern facing windows can help offset home heating costs in the winter. On the down side, according to the U.S Department of Energy, older, inefficient windows can be responsible for over 25 percent of energy costs of heating/cooling a home. For these reasons and more, many homeowners are opting for smart windows.

Windows, like everything else, don’t last forever. The average lifespan of a window is around 20 years.  This means there are many homes that could benefit from replacement of windows. The down side of this is that replacing windows isn’t cheap. According to Home Advisor, the cost of replacing windows in an average U.S. home is between $3,000 and $10,000. The good news is that there are some unique technological options available in new windows.

If you are replacing your windows, or building a new home where you have input on the windows being used, there are high tech options you may want to consider.

Window treatments (drapes, shades, etc.) are also expensive; whether you buy them yourself or with the help of an interior designer. If you want to automate your window treatments with motorized models, the cost-per-window can rise to well over $1,000 depending on the fabrics you choose and the quality of the motor (today the higher quality motors are nearly silent).

The good news for consumers and smart home integrators is that PDLC-based smart window films can be retrofit onto any window. Applying smart window film to a window is no more complicated than the application of any other window film with the exception of the wiring.

Three companies that sell smart window films that can be installed by a homeowner are:

While it is true that the window film itself is reasonably easy to install, retrofitting wiring, through a wall, to a window location can be challenging.  iGlass Technology has a network of installers for their window films for those that don’t want to install the product themselves. Similarly, Smart Tint will sell their window film to homeowners for DIY installation, but recommends installation by professionals, and works with a network of third party installers to assist homeowners.

There are different versions of smart window film that vary by the voltage needed to control them.  Window films are available that operate on standard 120 VAC house current. These can be integrated into a smart home by simply wiring them through a smart home dimmer. The window film can then be controlled through, for example, Alexa voice commands.

Buyers need to remember that these window films only become transparent when voltage is being applied to them. To keep a window transparent requires ~3 watts per square meter of film per hour. So, for every two square meters of film, it is the equivalent of powering a 450 lumen (40 Watt incandescent brightness) LED bulb.

Window films aren’t going to fit the aesthetics of every home. If a house’s décor is based on “minimalism,” they would fit right in. However, smart window film can also be integrated with other window coverings to fit into almost any décor. For example, in a Victorian home, curtain panels can be used to frame a window and smart window film used to provide privacy. In addition, smart window films absorb up to 98 percent of UV rays so they can protect curtain panels, and other furnishings, from fading due to exposure to sunlight.

Windows are an important part of any home.  There are now high-tech options for the glass to make them more energy efficient, require less maintenance, and integrate them with a smart home system.  Smart window films are affordable for consumers and offer a business opportunity for smart home integrators to provide their customers with a unique option for light/privacy control in their homes.

Technology vs Décor: The Best Options for Hiding Technology in a Home