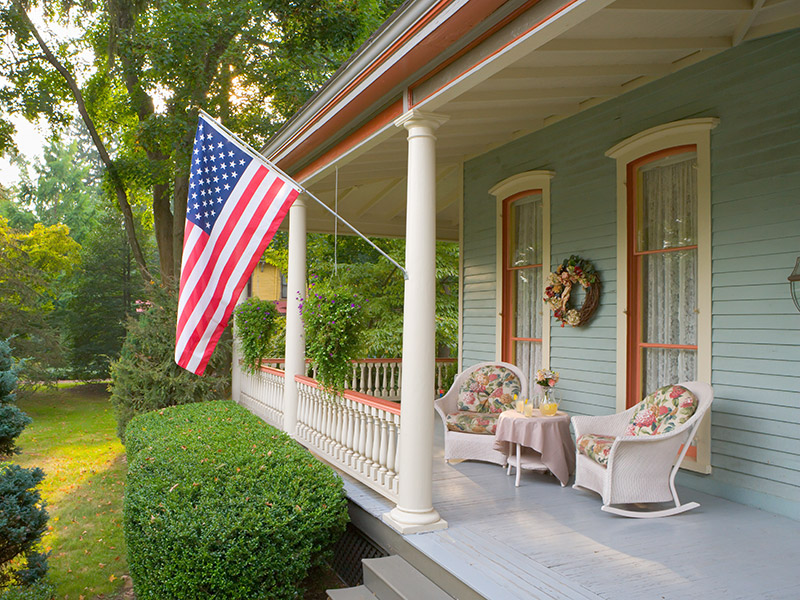 Jasco has come to the rescue of people who own older homes with their new Enbrighten In-Wall No-Neutral Smart Dimmer.

Older homes have been left behind in the smart home revolution. Yes, the owner of an older home could install a smart thermostat, but when it comes to lighting, they have been at a distinct disadvantage. When older homes were wired, the electricians didn’t install neutral wires in all of the electrical boxes where light switches are located in the home. Until recently, the only smart dimmers and switches that have been available on the market required a neutral wire to function. Owners older home were pretty much out of luck.

A Review of Electricity Basics

The Importance of the Neutral Wire

So, why is it important for there to be a neutral wire in an electrical box where a switch is installed? A smart switch/dimmer needs to consume a small amount of power. So, consider the circuit. As was common in older homes a hot wire would enter the electrical box where the switch was located and connect to the switch. A second hot wire (since the wire hadn’t reached the light being powered yet) would exit the electrical box and go up the wall to a light fixture and a light bulb. The second connection to the light bulb was a neutral wire that completed the circuit back to the circuit breaker panel. 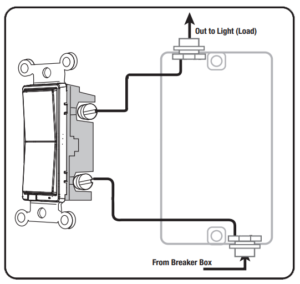 If the smart/dimmer is sitting in the electrical box and needs to consume a small amount of power to operate, when it is turned off it breaks the circuit. With the circuit broken, just like the light bulb loses power and turns off, so does the smart switch. 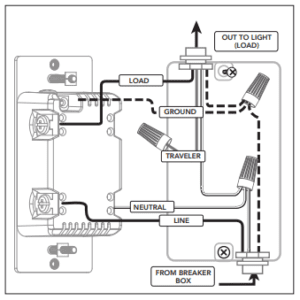 The only alternative for people in older homes that wanted a smart lighting system was to replace all their bulbs with smart bulbs. Smart bulbs have their place in lamps, but I don’t believe they are the best solution for light fixtures in a home that are controlled with wall mounted switches. In this case they work fine until a house guest, who doesn’t understand the system, turns off a light switch and cuts power to the smart bulb. This results in the smart bulb becoming very dumb. For instance, a smart home routine that turns on pathway lights when a homeowner arrives home at night would not function.

Enter the folks at Jasco, and their new Enbrighten In-Wall No-Neutral Smart Dimmer for owners of older homes that lack neutral wires. Not only does this dimmer not require a neutral wire, but with Jasco’s patented SimpleWire technology it doesn’t even care how the two wires in the electrical box are connected to the dimmer. It automatically detects which wire goes to the circuit breaker panel and which wire connects to the light bulb. 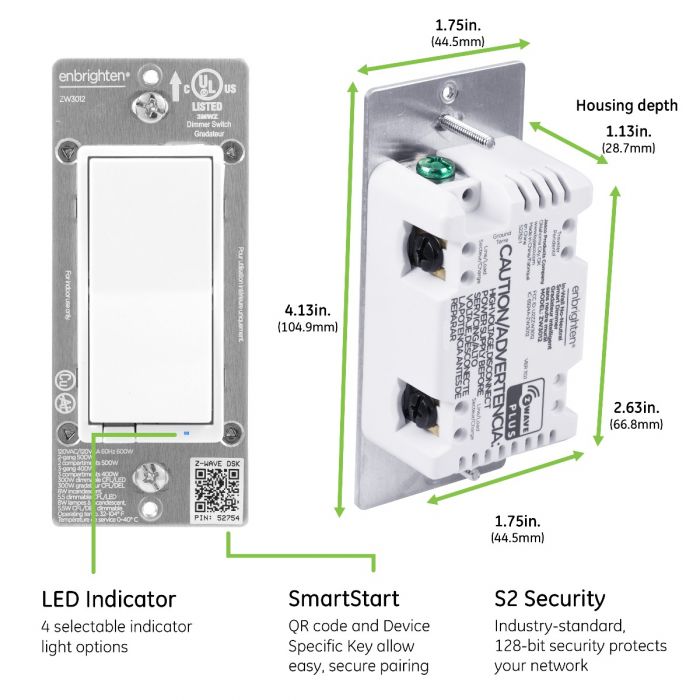 Jasco has taken a modern spin on an old technology to accomplish this. Back in 1980s, which I refer to as the dark ages of smart home technology, smart home dimmers were based on a technology called X10. X10 dimmers didn’t require a neutral wire and operated by running a tiny amount of electricity through the bulb – even when it was turned off. This gave the X10 dimmer enough energy to operate but not enough to visibly turn on the bulb.

Modern smart switches have required too much electrical power for their operation to do this without lighting up today’s low-power LED bulbs. However, the latest Z-Wave 700 Series chipset used in the Enbrighten In-Wall No-Neutral Smart Dimmer have reduced the power requirements of the dimmer to the point where this doesn’t happen.

First, because electrical boxes for wall switches in older homes are typically not as deep as the boxes used in modern homes, fitting a smart dimmer into one can be difficult. Jasco’s patented QuickFit technology reduces the depth of the dimmer by up to 20 percent compared with previous Z-Wave models.

Second, each dimmer ships with changeable white and light almond rocker style paddles and trim. Optional kits are available to change the dimmer’s visible plastic to black, brown, or ivory.

Third, the Enbrighten In-Wall No-Neutral Smart Dimmer can be used in three-way and four-way circuits with Jasco add-on switches.

It is important to mention that because the Enbrighten In-Wall No-Neutral Smart Dimmer is a Z-Wave dimmer, you will need a compatible Z-Wave hub, such as a Hubitat Elevation Hub or a SmartThings hub from Samsung.

Hands on with the Enbrighten In-Wall No-Neutral Smart Dimmer

Disclaimer: Do-It-Yourselfers should consult a licensed electrician if you have any questions regarding your home’s circuitry and be sure to refer to your local building codes before doing electrical work.

You turn off the circuit breaker and just connect the two black colored hot wires in the electrical box to the black terminals on the dimmer. Then you connect the ground wire to the dimmer. Just like with a dumb switch, you can’t mistakenly reverse the hot wire connections to the dimmer because the Enbrighten In-Wall No-Neutral Smart Dimmer automatically detects which one connects back to your circuit breaker panel and which one connects to the light bulb.

Connecting the Jasco dimmer to a Z-Wave network was also very simple. After installing the dimmer in an electrical box, turning the circuit breaker back on, and placing the Z-Wave hub into acquire mode, pressing either the top or bottom rocker places the dimmer into Z-Wave pairing mode. If the hub supports it, the Jasco Enbrighten In-Wall No-Neutral Smart Dimmer can also be paired using the QR code on the dimmer. I simply pressed the dimmer’s rocker, and it was immediately acquired by my Hubitat Elevation hub.

One very minor issue was that I had to tell the hub that the newly acquired device was a “Generic Z-Wave Smart Dimmer,” as it didn’t recognize the Jasco dimmer natively. However, once that was done, the Hubitat Elevation hub was able to fully control the dimmer. Other hubs may, or may not, exhibit this issue.

Finally, for safety, the dimmer includes an air gap switch that fully cuts the flow of electricity to the bulb. It is recommended that you disconnect the air gap switch when you change light bulbs so you cannot accidentally touch the contacts of the lighting fixture and receive an electrical shock.

It is important, however, to understand that an air gap switch isn’t a substitute for turning off the circuit breaker when doing electrical work. I have seen situations in an older home where an electrician ran the hot wire directly to the lighting fixture and installed a switch on the neutral wire going back to the circuit breaker panel. Turning off the switch still interrupts the circuit and causes the bulb to turn off. But, if you turned off the air gap switch, started doing electrical work at the lighting fixture, and accidentally touched the hot wire and the ground wire in the electrical box at the same time, you would receive a shock.

One thing to be aware of with the Jasco Enbrighten In-Wall No-Neutral Smart Dimmer is that if power is lost (for example from a power outage) when the power comes back on, the dimmer will revert to the same state it was previously in. So, if the dimmer is turned on and power is lost, if the power company restores power to your home at 2:00 a.m. the light connected to the dimmer will suddenly turn on. If this happens to be a light in your bedroom, then you are going to have a rude middle-of-the-night wakeup call.

I once owned an older home, so I’m very familiar with the challenges of trying to make it smart. The Jasco Enbrighten In-Wall No-Neutral Smart Dimmer is an excellent solution for homes where not all, or none, of the electrical boxes have neutral wires. However, there are a few ways I think it could be improved.

First, it would be very nice if there was an easy way to configure the dimmer to turn off when power is restored instead of returning to the state the dimmer was in when power was lost. Jasco has told me that the majority of their customers want the light to come back on when power is restored, so they know that the power outage is over. However, no parent wants their children, especially a baby, woken up in the middle of the night. It would be nice if Jasco simply made the power restore operation of the dimmer adjustable by the homeowner.

Second, Jasco currently only manufactures a no-neutral-required dimmer. They don’t have a switch with this technology that is capable of controlling, for example, a bathroom fan, and other devices that only have an on/off state. It would be very helpful for owners of older homes if they would add this to their product lineup. This is a very challenging problem to solve as some switched devices can be damaged by running a low amount of power through them.

Jasco has really thought through the requirements of homeowners of older homes that want to make their home’s lighting smart. They have eliminated the need for a neutral wire and decreased the depth of the switch so it should fit into the smaller electrical boxes common in older homes. The Jasco Enbrighten In-Wall No-Neutral Smart Dimmer is an excellent solution for anyone considering making their older home’s lighting smart.