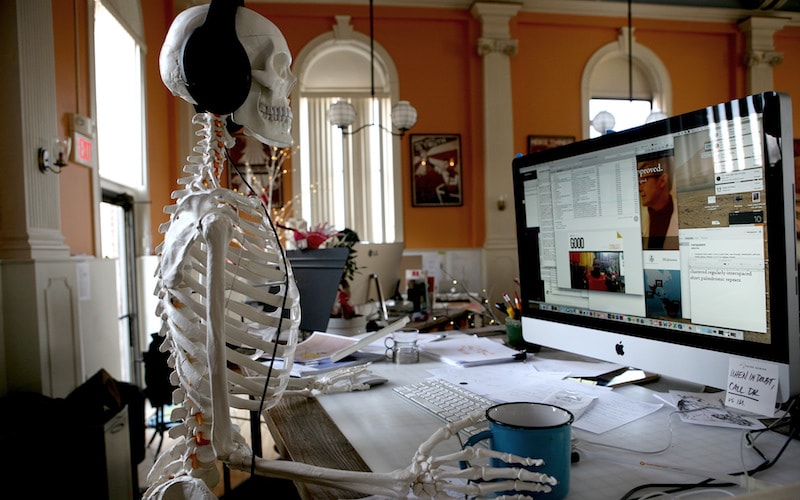 Halloween is upon us! And you know what that means: stores overflowing with candy, severely overrated treats like candy corn (you know I’m right), and hastily thrown together costumes. But, in all the hullabaloo, it can be easy to forget that the holiday is about horror above all else. But, what connected tech are you going to need to get your scary fix? Let’s take a look at what you or your clients should buy for some truly sweet screams.

It wouldn’t be Halloween without our good buddies Freddy Krueger and Jason Voorhees, would it? Whether you’re catching up on classic horror cinema or binging some of the recent popular films in the genre, you’re going to need a great setup to maximize your fight or flight response. A bigger screen is definitely recommended. After all, you’ll want to see every blood splatter, won’t you? (Didn’t think I’d ever write that.) Additionally, you’ll want to make sure that you’ve got the ideal sound system to accompany your film, both to hear every scream and cover up your own. A high quality soundbar or full surround sound system should do the trick.

Feel the Cold Sweat on Your Keyboard

While blockbuster horror films tend to dominate the conversation in Halloween media, it’s the terrifying games that take the experience to the next level. After all, in a horror movie, you’re watching some person you don’t even care about being chased by a killer. In a game, you are the one doing the running. This is the perfect time to experience all the great scares one has to offer in gaming form, whether it be the simplistic jump scares of Slenderman: The Eight Pages, the distorted Chuck E. Cheese-style world of Five Nights at Freddy’s, or the classic gloom of Silent Hill. All you need is a gaming-capable laptop and some headphones to fully seal yourself into these games. And, just for added effect, turn off the lights too. [Insert maniacal laughter]

Have a Villain-Filled VR Adventure

While still a fairly new gaming technology, VR has truly changed the way that we look at the classic console experience. What was once sitting around and fiddling with a joystick has evolved into full-scale adventures into digital worlds, allowing for complete immersion. And, as you can imagine, this next level of immersion leads to some of the most in-depth scares. Just take a look at this footage from the VR version of Amnesia: The Dark Descent. Yeah, after watching that, I think I’ll just celebrate with It’s The Great Pumpkin, Charlie Brown this year.