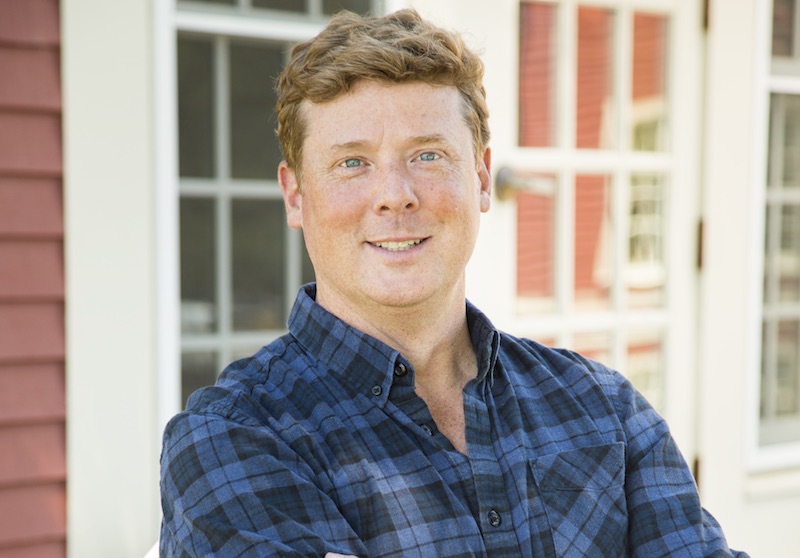 This Old House, This New Tech

If you told Kevin O’Connor he would become the third host of the PBS program This Old House in the beginning of the millennium, there’s no way he’d believe you. Before ever appearing on camera, O’Connor was a senior vice president in the Commercial Real Estate Group for Bank of America. While not the typical pre-television gig, it was his interest in DIY projects that would lead to a very unexpected opportunity. A simple advice inquiry to the spinoff project Ask This Old House led to not only a taped segment on the show, but an eventual call from the production staff that resulted in O’Connor’s role as host of the program.

Ever since its launch in 1979, PBS’ This Old House has stood out for its ever-evolving focus on home renovation. While there have been many changes along the way, such as the transition from original host Bob Vila to Steve Thomas to Kevin O’Connor, the themes of reinvention and creativity have persisted. The program has even made strides to adapt to modern media, launching a YouTube channel that currently boasts more than a million subscribers.

With This Old House celebrating 40 years of reshaping abodes in 2019 and each host uniting for a 40th anniversary special, we were honored to discuss the current state of the residential world with the show’s current star. O’Connor opens up about his very first episode and common DIY mistakes in this exclusive interview.

Residential Tech Today: Your journey to becoming the host of This Old House is so fascinating. Can you tell me how that felt?

Kevin O’Connor: Surreal is a pretty good word. Surprising and unbelievable are other good words. I never had any interest in television, let alone any sort of public role, performance, or whatever. I tell this story a lot, but I joke that I was never in the high school play. I wasn’t even in a family video prior to them asking me to be on the TV show. I didn’t aspire to it, but I was a huge fan and had great affinity for This Old House and those guys, having grown up watching it, being fascinated by that process that they talked about. So, when they asked, I said yes. And in hindsight, I think they’re probably the only people who could have asked me to be on TV that I would have said yes to. Otherwise, it would’ve seemed so insanely foreign that I would’ve been like, “I don’t know what you mean, and the answer is no. Why would I do that?”

RT Today: Do you remember your very first episode?

RT Today: Do you remember also very clearly when you were on Ask This Old House, before you were even a host? I believe it was a wallpaper related project?

RT Today: Could you have possibly thought back then that now you’d be hosting the show for 16-plus years?

KOC: No. And in fact, there are so many things about that happening that are unbelievable to me, even to this day. I tell the story that my wife and I, when we bought our first house. It was a fixer upper. It’s exactly what we were looking for. We wanted that sweat equity. We wanted to do the work ourselves, make it our own. And the only reason that I even imagined I could do it was because I watched This Old House growing up and was inspired by that. And then we wrote a letter to the [program’s official magazine] looking for some help because Ask This Old House wasn’t on the air yet, so you couldn’t write them. And that letter was picked up by a TV producer who was trying to make the first season of Ask This Old House, and one thing led to the next and that was it.

RT Today: When you first started, what was the “smart home tech” at the time? It’s so different now, but what was the precursor?

KOC: The easy one was the thermostat, which is what you would expect, right? It’s a new way to put the schedule into your programmable thermostats – do it the smart way. That was the easy one, but it was so sort of singular, and it required you to kind of embrace “Joe’s Wi-Fi Thermostat,” where you’re just like, “Who am I signing up with here?” And, I really got to be dedicated to this whole proposition. Whereas, nowadays, the fact that we can talk to it or that the interface is easy, that is part of the larger suite of equipment and options, that’s what’s really changed. Back then, it was that one singular adoption of, say, the thermostat, and now they’re so much easier. There are so many more choices, colors, sizes, interfaces, and usefulness. All of that stuff has gotten better.

RT Today: Have people been asking quite a bit more for smart tech to be integrated into their homes now?

KOC: Definitely more people have asked. There’s no doubt about it. I’ve adopted it in my own personal house, which we can talk about. But our homeowners on the show have definitely asked for it, and it starts in a couple of different places. They now understand, in many cases, that the Wi-Fi is the backbone to it. They’re used to asking for very robust Wi-Fi because they want to be able to watch their streaming videos, but now they get that it gives them power to control and monitor their home systems. I do find that the entry point for a lot of homeowners is through the door of comfort. They want to be able to control the things that provide them comfort and convenience.

They want it to be able to control temperature. They want to be able to control cooling. We want to have the convenience of being able to do it from wherever, from whenever, because I’ve forgotten, or I want it to be automated with the ability to override it from my phone and from the office when I’m away. That’s sort of the entry point. And, now, it’s gone further recently because it’s something that you can apply to lighting systems and security systems and smarter systems that will monitor and provide feedback information but also provide protection, whether it’s property protection, physical protection, protection from damage, flooding, freezing pipes… that type of stuff.

RT Today: This Old House has a huge online presence, with almost 1.5 million subscribers on YouTube. Has this online transition affected the way the show is run?

KOC: Without a doubt. It has caused us to think about every time we make a piece of content that works for television, will it also work for digital? And we ask that question because now the digital presence is so big. And in addition to that, it also gives us license to start creating content direct to digital, which you wouldn’t do if you were only speaking to 30,000 people. It’s an expensive proposition to bring those smarts and that production prowess to create something that’s only going to be seen by 30,000 people. But when the audience approaches millions, then you can start creating content specifically for that audience, and we can do that. And in some cases, you make digital content differently than you make television content. So, yes, the digital audience – the digital subscriber base – has caused us to rethink our business.

RT Today: So many people, I believe, watch shows such as This Old House and get really into DIY work. What do you believe is the most common mistake they make, though, when they start jumping right into it?

KOC: Their eyes are bigger than their stomach. People get in over their heads. They bite off more than they can chew. Those of us on TV, we do half-hour shows, generally. And I think we do a better job of warning people that these are complex things that you have to do, and it requires real craftsmanship. But generally, TV makes things look easier than they are… makes them look like they go faster than they do. It’s human nature that a lot of homeowners start on projects and have no appreciation for how much work it is and how long it’s going to take. The number one mistake is underestimating the cost and time that a project will take. I hear it all the time. Even when you’re working with professionals, architects and great contractors, like the Silva brothers and our guys, and they warn you and they remind you, even then, people continuously make the same mistake and assume it will cost less and take less time than it actually does.

RT Today: This Old House just turned 40 in 2019, and every host has brought something special to the table. What do you want your tenure as host of the show to be remembered by?

KOC: I pride myself on never pretending to be an expert. And even when I know how to do something, I want the audience to hear how to do that thing from the expert. Because, even if I know how to cope a miter with baseboard or crown molding, if you’re ever given the choice to hear how to do that from Kevin O’Connor or from [general contractor on This Old House] Tom Silva, I always want people to hear it from Tom Silva.

And I’ve learned a lot in 17 years. You can’t help it. I mean, you’re thrown into the deep end of the pool and you have to swim at it for 17 years; you’re going to learn how to swim. But I try really hard to make sure that I never fool myself into thinking that just because I know how to swim, I should be the one instructing others on how to swim. So, I fight really hard to make sure that I let the experts speak, and I let the experts teach our audience, and I don’t get in the way of that.