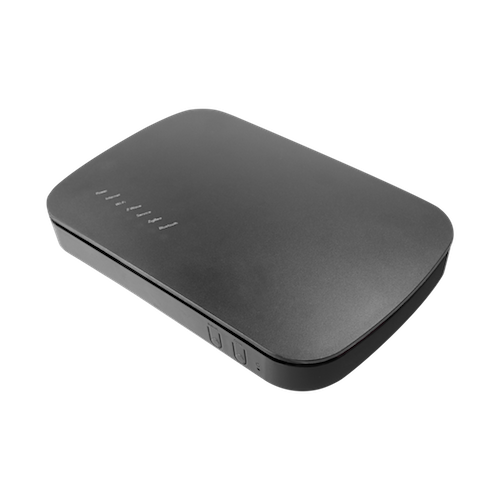 URC has unveiled the TRC-1480 Handheld Remote with Voice Control at the 2019 CEDIA Expo a new addition to its Total Control system. Featuring push-to-talk voice control, a vibrant 2.4-inch touchscreen LCD for display of 2-way meta data, hard buttons and an ergonomic design, the TRC-1480 is will be available for sale in November 2019 at an MSRP of $899.

The TRC-1480 features an integrated microphone for easy voice communication with Alexa or Siri (for Apple TV).  “End users want a number of options for easy control of their whole house or commercial facility, so we’ve added voice control to our Total Control system with our new TRC-1480 handheld remote.” noted Chang K. Park, President and Owner of URC. “Better yet, our new remote control features a push-to-talk microphone button to activate the voice control, so that end users don’t have to be worried about their conversations being monitored all the time.  Simply put, the TRC-1480 handheld remote with voice control listens to you only when you want it to.”  Support for additional voice services will be added with future firmware upgrades.

URC leveraged it’s 30-year history of innovation in universal remote controls and human factors design to develop the most comfortable and intuitive remote control in its line up yet. Ergonomically placed finger grooves and a satin finish on the underside of the remote, as well as evenly distributed weight of just 8 ounces (226 grams), allow for the TRC-1480 to effortlessly balance in the end users’ hand.  Strategically placed tactile hard buttons ensure intuitive control without having to look at the remote and 2.4-inch LCD touch screen to select which room to control and to display short cuts, favorites, meta data, graphics and backgrounds to aid the end user in controlling their entire building. Authorized installers can easily custom program the remote thanks to URC’s Accelerator programming software.

URC also includes an attractive docking station to charge the TRC-1480’s  Li-ion battery.  Furthermore, the remote features a pick-up sensor to conserve battery life, which wakes the remote when lifted off a coffee table or from the docking station. Featuring URC’s Quick-Connect Wi-Fi, the TRC-1480 connects to the Wi-Fi network instantly without consuming power during standby mode.

“Our new URC 500 Series Lighting control system provides a number of benefits to the end user – saving energy and cost and providing ultimate convenience through automation – in a very attractive package. It is also backwards compatible with URC’s current 300 series lighting control system so installers can add on to existing projects quite easily,” commented Lars Granoe, VP of product development for URC.

URC 500 Series new switches, dimmers, and receptacles will be available in October (MSRP $99) in three designer colors (white, light almond, and black) to match any interior aesthetic. Master Neutral and Accessory Neutral versions of the switches and dimmers are available. The dimmers are rated to support up to 600 Watts.

Rounding out the lineup, a new appliance module will also be available at an MSRP of $99 in October. “Authorized dealers can automate not only lighting but also coffee makers, table lamps, seasonal lighting & decorations, or pretty much anything connected to the appliance module,” Granoe added.

Z-Wave Plus is the next generation standard of Z-Wave, a wireless technology that lets all home electronics that leverage it to talk to each other over the Z-Wave network, providing the end user with a system that is extremely reliable and easy to control.

When combined URC’s Total Control 2.0 or MX HomePro Systems, end users can enjoy even more conveniences and security, such as: