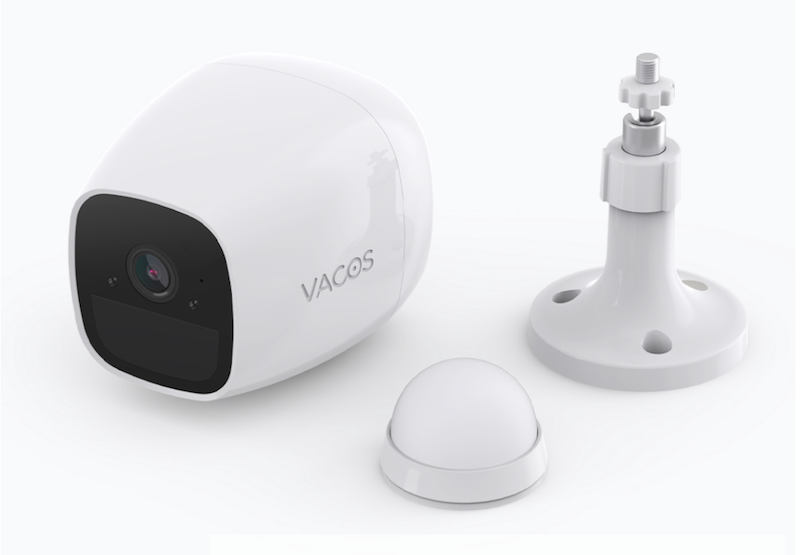 Security cameras have been a necessity to many households throughout the world. Most units are designed to be installed in one location, never to be moved. The new Vacos camera is wireless and can be placed anywhere.

Vacos is a startup in the smart home security field. The company specializes in smooth Wi-Fi connections and prides itself in its cloud and AI capabilities. Their new IR Version of the smart security cam has been enhanced with new features to ultimately make controlling a smart home technology easier.

Features from the Original Vacos Cam

The Vacos Cam was the company’s first battery-powered smart security system. After its debut, Vacos received feedback on improving the camera. Those suggestions were incorporated into IR Version.

Check Out: Ring to Distribute 56 Products Through SnapAV Online and Local Pro Stores

Compared to the Vacos Cam, the IR Version has a faster and stronger Wi-Fi connection, an environmentally friendly battery, and changes to black and white IR night vision while staying at the 1080p resolution.

The IR Version also has a more accurate motion detection system. Most motion detection systems notify the user when there is any movement at all. Vacos has advanced their AI algorithm so that it only recognizes humans and warm objects. All users will get a notification if anything has entered the area, just not by animals, pets, and inanimate objects like leaves changing lights and raindrops.

The rechargeable battery of the camera comes with a 16 GB eMMC. The device also provides its users seven-day of free cloud storage that has been encrypted by Vacos’ private protocols.