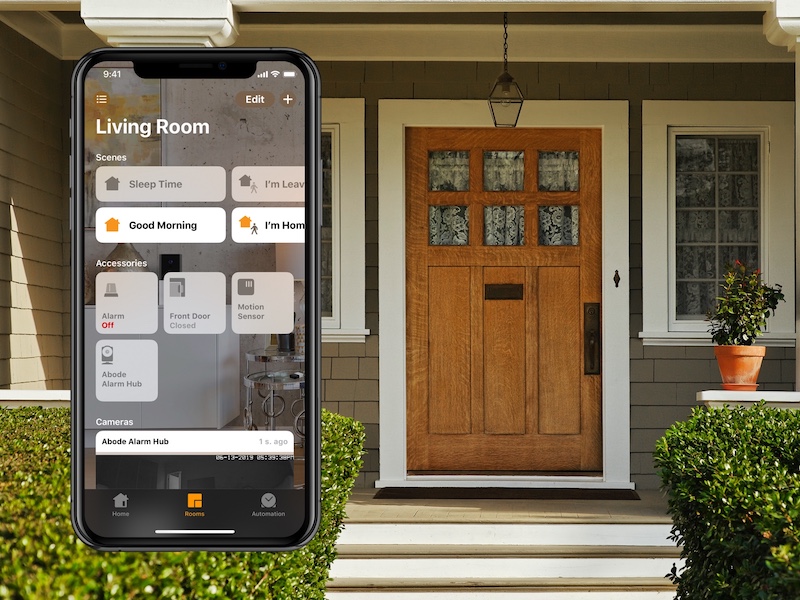 iota, abode’s all-in-one smart home security system features a built-in HD camera, motion sensor, two-way audio, and Wi-Fi connectivity. With HomeKit, Apple users can now add their abode iota system directly into the Home app on their iPhone or iPad to control their smart home from a single app. In addition, all abode-branded motion, door, and window sensors can be added to the Home app when connected to the abode iota gateway.

With HomeKit compatibility, users can arm or disarm the iota system and receive notifications of motion events triggered by abode motion sensors as well as open or close events triggered by abode door or window sensors. Additionally, abode users can access a live stream of their home from iota’s built-in 1080p streaming camera right through the Home app and ask Siri for the status of their system.

“As the only HomeKit-enabled DIY home security system, we are excited to give Apple customers an option that works with their preferred interface,” said Chris Carney, abode CEO and cofounder. “abode envisions a smart home that is safe and accessible to anyone and by continuing to integrate with major ecosystems and brands, we are giving our growing community the ability to have a home security system that meets their exact needs. With this integration, abode users have the convenience, privacy, and security that comes with HomeKit, plus the peace of mind provided by abode’s security and professional monitoring options.”

Once added to the Home app, users can also use automations to create smart home rules that include their abode security system. For remote access to the home, users must have an Apple TV (4th generation or later), HomePod, or iPad running iOS 10, or later at home. Through the Home app, abode users can add their compatible security devices to their existing groups by room and configure their smart home to their preferences.

To start, abode is adding HomeKit compatibility to iota, the all-in-one security solution with plans to add HomeKit support for Gen 1 and Gen 2 systems so that all abode customers can use it with their Apple devices.

An abode software update going live today gives all current iota customers the ability to enroll their system into the Home app on a compatible Apple device, and users who purchase iota kits going forward can easily add HomeKit through the abode app.