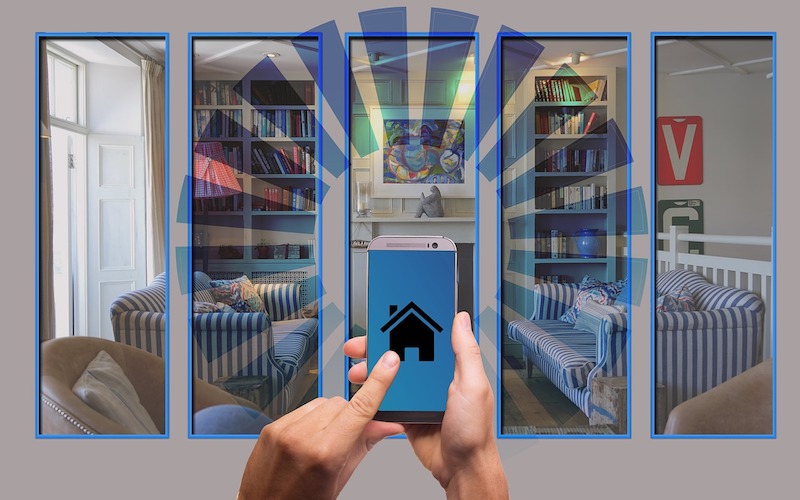 Image courtesy of geralt via Pixabay

Creating the energy grid of the future is no small task. As the global economy looks to support billions of people without relying entirely on fossil fuels, a major energy transition will have to take place. Many believe the residential energy grid of tomorrow will use traditional power sources while incorporating renewable energy and intelligent energy storage systems. This transition is just beginning to take place, and companies like sonnen are leading the charge.

Sonnen and their progressive intelligent energy management system ecoLinx are working with builders and integrators to design buildings for the next generation of homeowners. The ecoLinx platform combines traditional power, renewable energy, and battery storage in a system that communicates with integrated smart home applications. This provides consumers with an easy-to-use platform where they can see and control how their energy is being used and even reserve energy for emergency situations.

We spoke with sonnen’s Senior Director of Sales and Marketing Michelle Mapel to discover how sonnen is revolutionizing the space with their intelligent energy management systems.

Residential Tech Today: How does the ecoLinx platform take advantage of off-peak hours?

Michelle Mapel: It takes advantage of the off-peak versus full-peak hours in a couple ways. First of all, it will actually store energy during off-peak hours. It can store grid energy, base loads from 2:00 AM as an example, in the batteries and then use the stored power during peak times, like in the morning when people are getting up, or in the evening when people are home from work.

It really offsets those peak times and allows the home to have a power source locally (in the house) that can then take care of anything that the home wants to do. It also manages which loads are being used during peak hours. It can take that same energy from off-peak times and go ahead and pre-cool the house. If it’s going to be a hot day, we could pre-cool the home before it becomes expensive to actually do that, so people have all the comforts without utilizing more energy than they need to.

You can also actually make the home almost invisible to the grid, depending on how much you are trying to power. You can intelligently say, “Let’s not power unnecessary loads in the late afternoons.” For example, a washing machine or your HVAC system; instead of having them turn on in the late afternoon, have them turn on earlier in day. The system can automatically lower the shades if the sunlight is out and it’s becoming warmer in the afternoon. You can also turn off lights or lower lights along those lines to optimize your power usage.

Again, you’re utilizing all of these devices that are meant to maintain comfort, so you can actually automatically fire those off so that it will create this cooler or more climatized home without having to pull energy off the utility grid.

MM: It is the safest, longest lasting energy storage type of battery. The reality is, there are a lot of lithium batteries. They’re not all the same. Lithium iron phosphate is a heavy, dense battery designed for stationary storage. It’s incredibly safe. There’s no chance of any kind of thermal runaway. While we don’t recommend people run their car into them, if you did run your car into our batteries stored in the garage, nothing would happen besides some electrolytes coming out of the battery.

From a homeowner perspective, that’s an important factor. You can be confident that it’s not going to do any damage to your house, number one. Number two, the ecoLinx system is designed specifically for this marketplace—integrating home automation systems. The batteries we use come with an industry-leading warranty of 15 years or 15,000 cycles. Basically, if you charged and discharged the batteries once a day, the batteries themselves will last 20+ years. As a manufacturer, we warranty 15 years.

RT Today: How does the ecoLinx platform operate when the electrical grid goes down?

When the grid goes away, the ecoLinx becomes a full micro grid. During the day, the sun will shine and the battery cells will keep your solar panels running, which is something that not everybody realizes—that just because you have solar panels, if the power goes out, they won’t work unless you have a backup power source.

The converters that change the solar into energy your home can use will not turn on without a power source, so you have to have some way to turn those on. In the event of an outage, your solar panels would be turned on because you have the battery there. Solar channels and the battery then feed the house and create a mini power plant on your house.

Then it gets you through the day, you still have power at night, and the next day when the sun comes up, the solar kicks back on. It feeds the battery again, feeds the house, and then at night the house is powered by the battery. You get this perpetual power plant.

RT Today: What was sonnen’s goal in developing the ecoLinx platform?

MM: For us, it’s really about doing what we say. There is a lot of conversation, and conversations are great, but let’s actually do things and let’s get things moving forward. From our side, innovation is really key. This is a big leap forward for home automation and solar together. We want to create a bridge between these industries because one is managing all these great devices in-house and the other is managing energy, so it’s just makes sense to marry the two together and use it all more effectively.

We love the innovation side and always want to build the best, highest quality, longest-lasting products, but it’s also about the innovations we can make that are meaningful and actually contribute to homeowner first, builder/developer second, and the greater community/world third.

We’re seeing a lot of positive reactions from homeowners and builders too. And I think that, for me, is the fun part, seeing the builders go, “Wow. Okay. We can really do this. This is real and I want this in my homes,” and the builders seeing the value for homeowners who are interested in living in a clean energy community or an energy efficient community. That’s where it gets exciting, because these are people that are influencing a lot about how we live, because they are actually putting the technology into places that we move into. Our goal is to lead and listen to what we are hearing in the marketplace and then develop products that even surpass what people think they want and what their expectations might be.

To read more about the sonnen ecoLinx platform, see “The Life-Saving Tech of Intelligent Energy Systems” in the November/December issue of Residential Tech Today.