As I arrived at Crestron’s annual Tech Summit in Palisades, NY, I couldn’t help but think to myself “this better be worth it.”

Taking time away from my family and my business in a huge commitment, of course, but this was also the first time in its three-year history that the company would not offer a stipend to get dealers to the event (the rationale being that Crestron’s new rebate program makes up for the lost funds.)

Like all of these gatherings, the Crestron Tech Summit began with a session praising both the company itself and its staff and dealers in the room. The company, executives explained, experienced its most significant residential growth in a decade this past year, combined with the lowest return merchandise authorizations (RMAs) ever.

Crestron recently released a new home control system, an upgrade for the original, Pyng OS 2 (CP3-R), which has been the fastest selling processor in the company’s history, with units still on back order. To avoid issues of the past with system design, Crestron is now offering an extended warranty of five years if the system is blessed by the technical sales department. Their team can design the entire system or, if an integrator has a system engineer on staff already, you can send the design for approval.

The new Pyng was what brought me to this meeting, for now instead of just being an environmental control system (locks, shades, and lights), the system also controls video. Certified drivers now exist for more than 500 TV models, over 100 projectors, and more than 150 set-top boxes. Drivers also include 35 streaming boxes (I did not know there were that many) and 38 AVRs to date. Crestron swears they are not done yet, and more models will continue to be added. 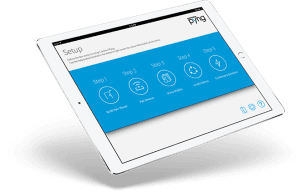 Can’t find your devices? Crestron has a portal to request a quick add and gave options to create your own, using their microsite.

The client interface remains the same whether they are using touchscreens, keypads, or handheld remotes.

Pyng OS 2 also integrates with voice assistants such as Alexa, Google, and, coming soon, integration with Apple Homekit. This means IP control of Apple TV and the ability to use the voice integration of their new remote, the TSR-310. One would be able to control their home using an Apple Watch or iPhone. This feature is expected to launch in 2019.

Crestron has presented two control paths for integrators – a custom path and a simpler version, Pyng. You’re either in the box or you’re constructing the box.

For a custom system, Crestron announced that Touchscreen Design moves to HTML5. This is a modern replacement for smart graphics, and Crestron made this decision based on today’s web standards. HTML5 provides three times the performance over start graphics, but if it isn’t for you, Crestron has arranged partnerships with third-party companies like Ultamation and Adapt to help bring your project to the next level.

So, was it worth it? Yes. Dedicating time and energy to a company and a system you believe in is always worth it. Crestron broke the two-day session into smaller training classes, with some exceeding others, but overall, I believe the time and funds spent will pay for itself and help propel the continued success of the company. The company is on the right track, and I’m happy to be seated on the train.