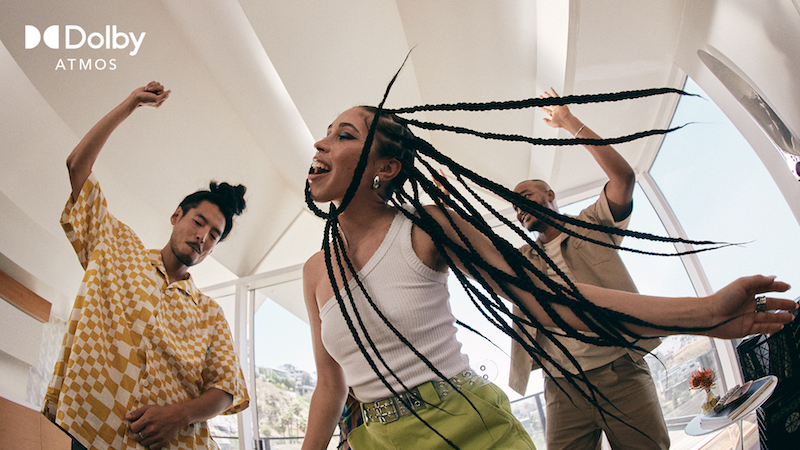 Dolby Laboratories Inc. has released findings from a new survey illustrating a shift in music listening behavior. The U.S. study of adults (18+ or older) who regularly listen to music found that many, particularly Gen Z, have recently discovered iconic songs and artists from past decades for the first time while others are rediscovering songs from their past. The research revealed social media and Hollywood entertainment have a strong influence over how people discover music. In addition, the study also found that better audio quality is a priority for many, particularly Gen Z, when choosing a streaming subscription over other features.

“Music fills our lives with moments of joy and has been a way to escape the challenges we have faced over the past two years. This has driven changes in consumer behavior, such as the revival of music from past decades to the prioritization of better-quality experiences that allow listeners to connect more deeply with their favorite artists and songs,” said John Couling, senior vice president of entertainment at Dolby Laboratories. “As we look to the future, we expect these influences to have a lasting impact over how we enjoy music.”

The U.S.-based survey, conducted by OnePoll in November 2021, polled 2,000 general population adults who regularly listen to music for at least one hour per day. The survey examined their listening behavior, purchase decisions, and habits formed from the COVID-19 pandemic.

Adults in the U.S. are Feeling Nostalgic

A number of respondents feel like they were born in the wrong era because of their taste in music, which was highest among Gen Z. This has led to the increased popularity of iconic songs and artists being rediscovered or discovered for the first time.

Almost half have recently discovered a song released over a decade ago, which was highest among Gen Z respondents (nearly 70%).

Almost half stated they had rediscovered an iconic song or album within the past two years, particularly Gen Z (over two-thirds).

Most respondents, close to 70%, are embarrassed to share their music playlists with others, particularly their boss.

Social media is the most significant influence shaping how people discover new music, while movies and TV shows play an equally important role.

Almost a fourth of people who recently discovered a song released over a decade ago attribute this discovery to a viral video on social media.

Six in 10 have also discovered a new artist or song after watching a TV show or movie.

Music has been a vehicle for escapism as many now spend more time and money on music than they were at the start of 2020.

Fifty-five percent indicated that they spend more money on music purchases each month, such as streaming subscriptions, than at the start of 2020.

Among those who pay for a music streaming plan, nearly 90% agreed that enhanced audio quality is a “must-have” feature of their subscription, of which more than half strongly agreed.

Of this group, 82% have upgraded, changed subscriptions, or explicitly paid for a service because it offered better audio quality.

Nearly two-thirds who pay for a music streaming subscription indicated that better sound quality was more important than other features such as ad-free listening, exclusive content, or the ability to add multiple users to their account.

More than 70% surveyed are likely or very likely to purchase a new audio device within the next six months specifically to enhance their experience when listening to music.

Comparing various types of in-car entertainment, most see the biggest opportunity for enhancing the listening experience when enjoying music in the car (43%), followed by audiobooks and podcasts (23%).

More than two-thirds stated they were very interested or somewhat interested in a new technology that lets them experience music more deeply when driving.