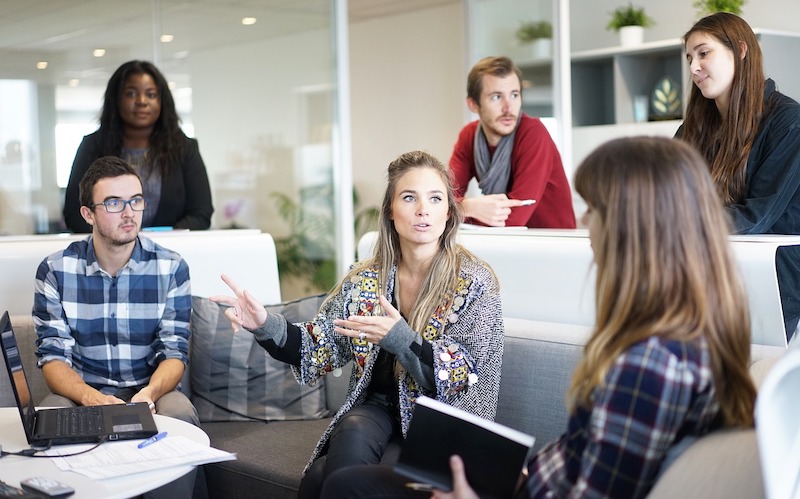 Image by Free-Photos from Pixabay

Riding the crest of a wave of highly publicized female-led movements, such as #MeToo and the Women’s March on Washington, female leaders are sprouting up in places where they’ve previously been seen as unicorns. The technology industry, for one, has felt the surge of female entrants. Women in technology are finding positions in sales, as project managers, lighting designers, programmers, and installers. Yes – female installers.

For those women already present in home technology, we have been waiting for you! Let me hold the door open: come on in, ladies. Here, you won’t find a line at the restroom, or at least, not yet.

What you will find, however, is an industry that is predominantly male, filled with some of the most intelligent people you’ve ever met. I’ve had the pleasure to meet good, dare I say “great,” men in this industry. These men have been helpful, gracious with time and knowledge, and passionate about their craft. We have shared bourbons and beers discussing business best practices and business blunders. These same men have opened up to me about their cash flow, employee retention, and human resource issues.

One topic of conversation, lately, has been centered around gender discussions and what should or shouldn’t be said to female staff, colleagues, or clients. Being female-friendly is one thing, but changing office and/or jobsite culture to accommodate a diverse staff is another – and it goes beyond dodging the F-bomb or other choice words.

It’s okay, gentlemen, I say them too… frequently.

Instead of feeling awkward about what you can or cannot say, take a breath and consider this: if a female is in this industry, she has probably already experienced her fair share of sexism, toxic masculinity, and uncomfortable situations, and she’s here anyway. Not all women are gentle little flowers, and we certainly don’t want to be treated as such. Conversely, while we are all in this together, we aren’t always “one of the guys.” As you look at hiring females into your industry, be mindful of diversity as you plan office parties, tell jokes, create incentives, or select uniforms and be comfortable having conversations with all of your staff as your company’s dynamics change.

Recently, we hired a female installer and found ourselves asking surprising questions. What do we say instead of “sending out the guys” when we schedule installs? Do we now “send out the team” (that sounds cheesy)? Should we order female cuts of our shirts for her? I’m a seasoned female in the industry and still found myself asking these questions as our workforce changed. A simple discussion with her answered all of our questions and for those of you interested, we still “send out the guys,” and she wanted the same shirt as our other technicians. Problem solved!

If you are a female new to the industry, despite the minutia and a few hilariously awkward situations – CEDIA recently sent me a Man Crate gift box as a thank you for being a chair on its business working group, #TheyTried – the home technology industry is very welcoming to women. Most of the time, the men who say what they say or do what they do are completely ignorant to the fact that they are being socially unacceptable. I have a perfect example from a regional show I went to around five years ago. At the show, a projector demonstration was scheduled in room XYZ. Curious, I walked with a (female) friend to room XYZ and was shocked to find it was a regular, personal hotel room. Imagine yourself as either of the women, one new to the industry and the other, a decade seasoned in the industry, both going to a demo in an unknown man’s bedroom. This actually happened and, yes, it is just as creepy as you would suspect. But, no one else involved (i.e. all were male) thought it was weird or out of place.

As with any population, there are bound to be bad apples and the technology industry isn’t immune. I’ve had men follow me to my room with the hopes for something more and have heard very inappropriate jokes followed by a wink, a nudge, and an order for another round of drinks. I don’t tend to talk about these situations and simply waive them away, minimizing the impact, excusing the age or sobriety of the offender, making it a non-issue.

This year I found I wasn’t alone. At the 2018 Women in CE Luncheon, I sat at a table with some of my most beloved female mentors and a few men I hadn’t met before. One of the men commented that our table had so many women, and a gender conversation began. He asked what our craziest moment had been in sales and, soon, we were talking more about our craziest moment as a woman in the industry. Every woman at the table had a story to share and, I hate to say it, the stories weren’t pretty. The moments highlighted weren’t about our best deal; they were about the rudest, most sexist ass-hat we’ve dealt with that quarter, year, or decade. Don’t believe me, ask some of the women you know in this industry. Chances are you’d be appalled at some of your colleagues. #MeToo

On the same note, these bad apples have not spoiled the entire lot. Many of my male colleagues abhor toxic masculinity and encourage female participation in the industry. These gentlemen are female-forward, always watching my back, ensuring I get to my destination safely. But, it’s more than that. They also have my back when I’m trying to learn a new skill, change an inefficient job process, or need help with a nagging problem. Just as they should be with their male counterparts: we are in this together.

Collaborative environments where open dialogue and understanding are integral to the culture is what we need in business (and in life). The importance of having emotional strength and compassion is imperative when entering an industry that is predominately the opposite sex, as you are bound to experience sexism, whether intentional or otherwise. Compassion allows us all to take a step back, understand one another, and (hopefully) guide along another path that brings us more in line with each other.  Speaking of lines, perhaps one day there will be a line at the lady’s room during a technology conference. I look forward to that day.