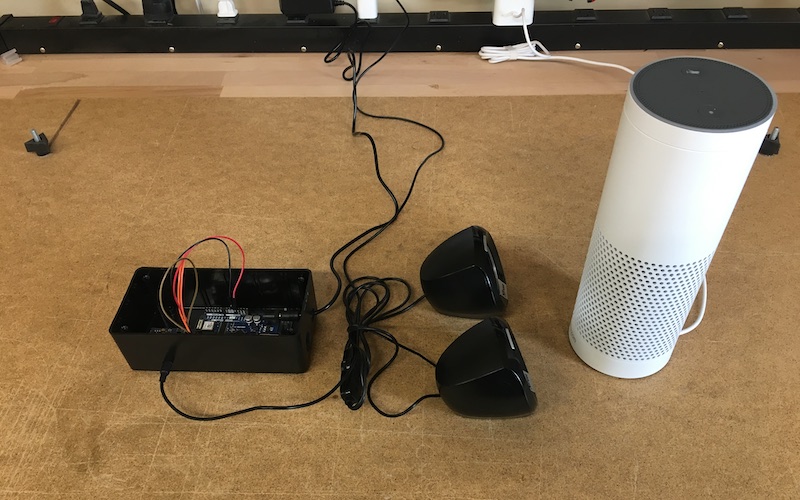 All images courtesy of Jay Basen

Amazon Alexa devices, along with Google Assistant, have become a popular addition to the smart home.  The integration of voice commands simply makes the complexities of a smart home much simpler to control. Unfortunately, both Amazon and Google have limited the integration capabilities of their respective voice assistants; which can be frustrating.

While voice commands can be used to control integrated third party equipment, such as lighting, thermostats, and more, the integration is not a two way street. There is nothing a third party smart home processor/hub can do to control an Alexa or Google Assistant device. For example:

With the above in mind I set out to figure out a way to work around the barrier put in place by Amazon and Google limiting third party control of their voice assistants. I set out to find a way to work around these problems in my own home where I use Alexa devices for music streaming and to control my Crestron automation system. My solution cost me a little over $100 and consists of:

I then wrote the code for the Arduino board to accept strings sent to it over Wi-Fi using industry standard UDP protocol, send them to the EMIC board for conversion from text to speech, and the verbal commands are played over the cheap computer speakers that are placed next to an Amazon Echo in my home. The software even does some simplistic encryption of the strings being sent to make it a little harder for someone that gains access to the network to hack this system. The encryption I used is very simplistic. If desired, there are plenty of code examples on the internet of much more complex encryption algorithms that could be ported to this system. 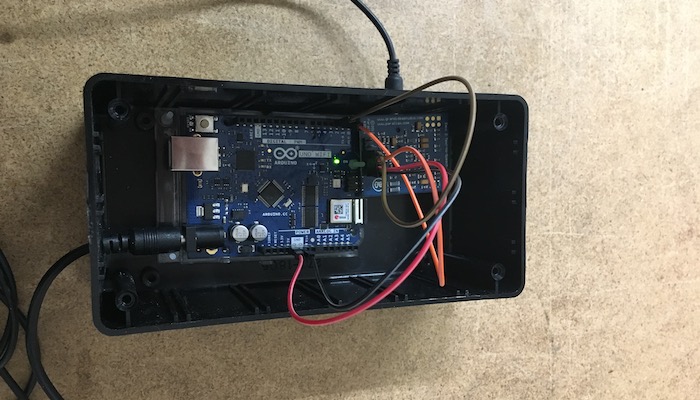 Wiring is very simple and doesn’t require any soldering.  The power supply for the Arduino simply plugs into the Arduino board. Similarly, the EMIC 2 board has a 1/8” (3.5mm) audio jack that is compatible with almost any pair of computer speakers. Finally, there are only four wires needed to connect the EMIC 2 board to the Arduino. These connections are made using the push on terminations of the breadboard wires I’ve specified above.

Arduino single board computers are relatively simple to program and all the code for this project, along with the example program I wrote for a Crestron automation processor is available for free download from my GitHub. While I wrote the example program for a Crestron processor there isn’t any reason it couldn’t be easily ported to another platform.

The free, IDE software for programming the Arduino board can be downloaded from their web site here.  There is also a full tutorial to teach you how to use it here.

To turn off streaming music on all your Alexa devices there is some additional setup required: 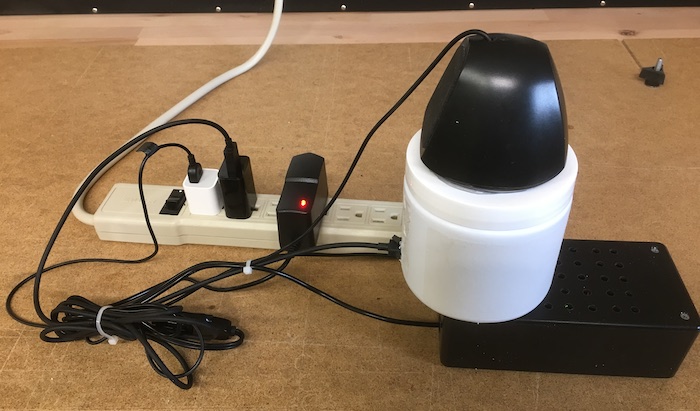 Shown above is the final assembly of the project. I took leveraged a small plastic jar to house an Echo Dot, cut a hole in the top, and glued the speaker in place. The plastic jar allowed me to isolate the sound so it is almost impossible to hear the speaker annunciating the commands to the Echo Dot.

Also included in the Crestron example program is an illustration of how a message can be played on all the Alexa devices in a home using the Alexa announcement feature. The example program instructs the Aruduino/Emic to say “Alexa, Announce Mail Has Arrived.”

Hopefully, this simple project introduces you to the easy to use Arduino platform and gives you a tool to help break through the barriers that Amazon and Google have put in people’s way that want to truly integrate voice assistants into their smart homes.