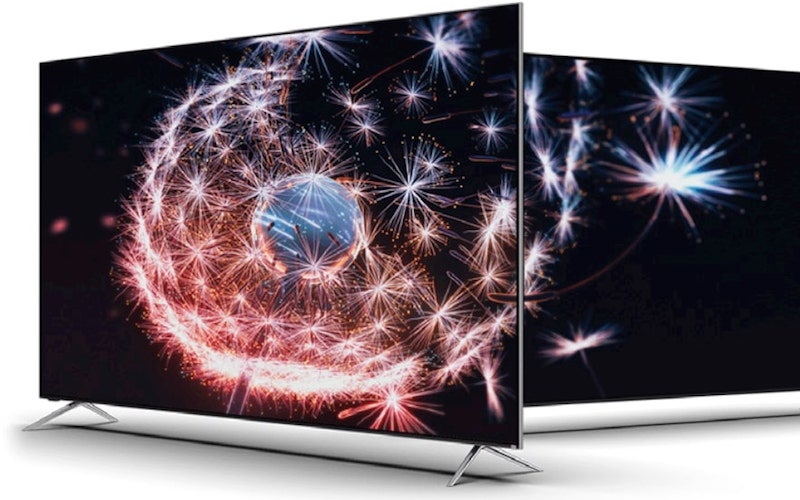 To paraphrase the Grateful Dead, video has been on “A Long Strange Trip;” and while the road that will take us into the future may not be strange, it will certainly be interesting. When that tune was first released in 1977, video (TV) technology was somewhat stable. Things were still very analog. We were still digesting the final stages of the color TV introduction, the VCR was in its infancy, TVs were CRTs up to 25 inches (often in hulking “consoles”), and cable TV was mostly a local service even as HBO and other “pay networks” began to gain traction. Two years later, a huge C-Band dish was the only consumer satellite TV option. Stereo TV broadcasts were five years away, and “small dish” TV was more than a decade away.

Things have certainly changed. The CRT and plasma are gone, replaced by LCD/LED panels. “SD” (525-line interlaced video) became HD, which in turn is being superseded by 4K/UHD. Analog video has become digital and IP, HDMI rules the roost, and programming comes in from a wide range of physical and streaming sources. That’s a quick look at where we’ve been and how that progressed to the present. But where are we exactly and where do we go next?

While many correctly follow developments in the world of connected devices, voice control, and networking, according to CEDIA, 65 percent of the typical residential systems professional’s revenue comes from entertainment – where video is central to the ecosystem. This is is why our inaugural edition of Residential Tech Today focused on many aspects of video. Guest experts zoomed in on displays and their various formats, audio for video, and the way that video and home entertainment are connected.

While you can dive deep into all that in our September/October issue, this article will take the top-level view of what video is available, how it gets to the home, and what the options are to access and manage it.

Making the Case for 4K Over HD

Perhaps the biggest change since the arrival of digital, high definition (HD) video in the 1990s has been the growth of 4K/UHD. While many still think of it as simply more pixels – four times as many – there is more to it than that, including more important benefits to the viewer. The increased resolution does make a difference as it enables the viewer to place a larger set at the same “couch-to-set” viewing distance while preserving video quality. That’s fine, but it’s the “better pixels” that make an even bigger difference than the notion of “more pixels.” As Greg Tarr explains (in our September/October issue), High Dynamic Range (HDR) is the best thing to happen to color TV since color itself.

Also coming soon are TVs with increased color bit depth that greatly decreases color banding. New color standards, such as BT-2020, not only increase the palette of colors capable of being shown, but also the color volume and saturation. Did you know that the current color system combinations cannot accurately reproduce the true color of a London phone box, a New York yellow cab, or the red color of Coca Cola’s trademark bottle design? That’s why the industry prefers the designation of “Ultra High Definition” (UHD), rather than just 4K, to describe what the new TV systems offer.

Current industry trends show that virtually all displays above 40 inches are 4K/UHD. Yes, there are still some HD sets, but with the price compression that we see in the display market, 4K/UHD prices have come down to levels that almost make it crazy to buy a standard HD set.

That is, unless the installation requires a set under 37 inches for a secondary room. In those sizes you will see most sets at only 720p HD resolution. This seems counter to the trend, but it has to do with the economics of producing the large sheets for “mother glass” that are then cut into the actual screen size. Given that smaller sets are typically used in less demanding situations, 720p should be fine for these applications.

Now that you know that screens (and projectors) will increasingly be 4K/UHD, the logical question is, “What is the content and how do I bring it into the home theater?” While 4K content was sparse in the initial rollout, it is now picking up steam to the point where prospects may no longer use the excuse of, “Why should I buy a 4K set when there is nothing to watch on it?” To be fair, the vast majority of video content is still HD, but the first answer to that question is that any video fed into a 4K/UHD set, even old 480i reruns on a digital subchannel, are upscaled to 4K for viewing. The improvement is dramatic. Thanks to increasingly powerful video chips and the software they run, upscaling will even be the answer to, “What can I watch on an 8K set when they arrive before the end of 2018?”

More to the point, a great deal of current episodic television is shot in 4K, and any film or TV program shot on 35mm film has resolution equal to 4K. It’s up to the networks and studios to release material in 4K, and, increasingly, they are doing just that.

The final link in the chain is to get that programming into the home and have a device capable of accessing it. It’s true that cable has been slow in offering 4K content, but it appears that is going to change as we move into 2019. Sports, such as The Masters, the Summer Olympics, and more have been available in 4K for some time. Satellite services have been the big players, but cable is getting ready to offer 4K, albeit initially via apps, as Xfinity did for the Olympics. With the proper and often optional equipment, DirecTV and Dish even offer 4K DVR.

Program services such as Netflix, Amazon Prime, Vudu, and Apple are the leaders in delivering 4K content, and there is a wide range of 4K content available for free on YouTube. Whether it’s The Crown, Black Panther, or many of the movies offered through Apple, there is now more than enough 4K/UHD content to win over any remaining doubters.

The last piece of the puzzle is how to access 4K content. Roku, FireTV, Chromecast, Apple TV, Nvidia Shield, and TiVo all have 4K-capable devices. All offer HDR-10 capability, with Chromecast Ultra and Apple TV 4K also delivering Dolby Vision. And, of course, any 4K Smart TV with the appropriate apps can bring in 4K/UHD.

Don’t forget that even in a world where streaming seems to dominate, physical media playback is the benchmark standard by which everything else is judged. In the case of 4K, that is the UltraHD Blu-ray format. The number of titles is growing, particularly those with HDR, Dolby Vision, Dolby Atmos, and DTS:X. For the utmost in quality, or where internet bandwidth is slow or problematic, UltraHD Blu-ray is the go-to playback format. For game-centric systems, remember that in addition to the standalone players, Xbox One X not only plays back UltraHD Blu-ray discs, but it will be upgraded to offer Variable Refresh Rate (VRR) and Auto Low Latency Mode (ALLM) features of HDMI 2.1 of better audio and video from video games.

Should You Wait to Recommend 8K Instead?

Now that we’ve made the case for 4K, you might ask if you should wait to recommend 8K. Yes, there will almost certainly be some 8K TVs available this year. Thanks to powerful upscaling, they will make any incoming video, regardless of the original format, render out in 8K and look better than 4K. However, despite the start of 8K satellite-delivered programming this year in Japan, there is no 8K content available here, and there likely will not be any for some time.

One of the biggest reasons is that to deliver 8K content on a single-wire connection, the increased bandwidth of HDMI 2.1 is needed. Despite the arrival of HDMI 2.1 and features such as eARC, VRR, and ALLM, 48GB transport is still a bit off on the horizon as of this time. Despite the availability of eARC and some of the other components of HDMI 2.1 – such as the VRR and ALLM modes previously mentioned – the increased data speed of 48 GB needed to send 8K content is not yet available.

Will the first 8K sets be worth recommending? For someone with a big budget who wants to definitely be “the first one on the block,” perhaps yes. For everyone else, the answer is probably to get the best 4K/UHD set and enjoy it instead.

A final note on the “strange trip” video is on. As HD has morphed into 4K, and with 4K looking over its shoulder at the pending arrival of 8K, cynics will undoubtedly ask, “What’s next, 16K?” To which you can answer, “It’s out there well over the horizon, but don’t hold your breath.” Yes, I’ve seen it demonstrated, but since there are no 16K cameras, displays, or distribution gear, it was shown on a video wall playing 8K content upscaled to 16K by powerful Intel-based computers. It’s definitely still a “science project,” so don’t be concerned about this one yet.

Along the way, our video trip has sometimes been a bit strange, but as the Dead also opined, the best thing to do is to get the facts and keep on “truckin.” We’ll help you with the former; the latter is up to you!