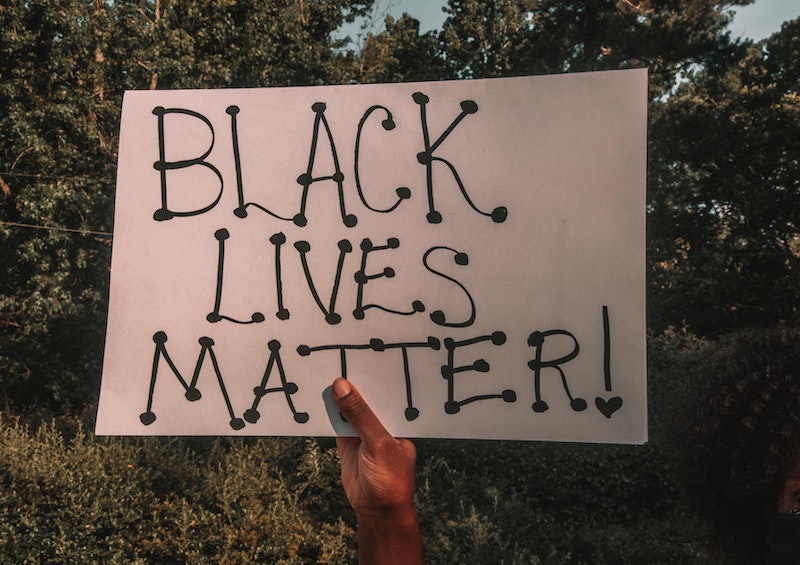 The residential tech industry has a race problem, and it’s time we talk about it.

The events that transpired over the past week have shaken our nation and ignited a much-needed conversation about race inequality. The senseless killing of George Floyd, Breonna Taylor, and Ahmaud Arbery have spawned protests in every major U.S. city, but sadly these are just a few of many similar tragedies the Black community has faced.

Former Presidents Barack Obama and George W. Bush responded with a cry for peace and empathy. Obama remarked, “You have helped to make the entire country feel as if this is something that’s got to change. You’ve communicated a sense of urgency.” Meanwhile Bush asked the long overdue question: “How do we end systemic racism in our society?”

The difficult part is that many of us aren’t racists. At least, we don’t think we are. The issues are so deeply ingrained in our society that it can be hard to see if you’re not Black. As someone relatively new to this industry, I remember my first CEDIA Expo in 2015, and feeling like it was largely a group of older straight white men. While that might not seem like a problem, as a gay man in my 20s, I certainly struggled at first to fit in. Now imagine if I were female, or Black, or trans – or all three. Would I have felt welcome? Would I have thrived? Or would I have said, “Forget this, I’m going to look elsewhere for work?”

At Josh.ai, we try hard to create a culture of inclusion. We’ve made diversity a core company value and authored articles on this topic, such as this one on diversity in the tech industry. When hiring, we think it’s important to focus on antiracism and allyship efforts, such as avoiding implicit bias from the places we recruit (here’s a great resource that Airbnb put together if you’d like to learn more). Further, CI marketing is often very focused on using white models in advertisements and collateral, and we’ve made it a goal to show more diverse models and actors. That said, we’re far from perfect and constantly strive to be better.

In CEDIA’s 2019 U.S. Market Size and Scope Study Report, the top challenge integrators said they faced was finding employees. As a community of mostly white men, we don’t always consider the extra steps needed to create a welcoming and inclusive environment to increase our industry’s diversity. For those who think this doesn’t matter, I’m here to tell you you’re wrong. If we want our industry to grow and thrive, we need to be inclusive. We need to ask the hard questions and make this a place everyone is welcome, particularly the Black community.

So why am I speaking out? I know this will be controversial, and not everyone will agree with me, but now is the time to wake up and address the problem. If you look at social media posts from top brands including Google, Nike, and Amazon, you’ll see nothing but #blacklivesmatter and empathy in response to the current situation. Yet, on our industry’s social media channels, publications, and Facebook groups, you wouldn’t know anything was even going on.

Earlier this week, I was asked to speak on a podcast and was surprised that not only was nobody talking about this, it was business as usual. You would have guessed nothing at all was going on. This is exactly the type of action that exemplifies the systemic problems we’re talking about. We need to be willing to discuss this, to listen, and to effect change in order to make a difference.

Now you might be thinking, as I was during part of this week, that rioting and looting are wrong and protesters are taking things too far. Keep in mind that most protests have been peaceful. That said, consider for a moment how you would respond if you were being persecuted based simply on the color of your skin. I was certainly angry at the destruction done to my city in Los Angeles. But, while buildings can be rebuilt, lives cannot be brought back.

The real issue here is the injustice that has prevailed for far too long. Many Black people are tired of having to look over their shoulder, being uncomfortable walking down the street, fearful that what starts out as a speeding ticket could end up being their last breath. According to MappingPoliceViolence.org, police killed more than 100 unarmed Black people in 2015. This needs to stop.

So, what can we do about it? It’s a hard problem, one that many of us are trying to figure out. For starters, I suggest participating in simple but meaningful acts on social media and choosing to be an ally. Even when you aren’t sure exactly what to say, consider putting out a public message showing empathy and heart. Something is better than nothing. Discuss with your employees why this matters. Donate if you can to causes that help (here’s a link to causes worth considering). Get out and vote in November. But most of all, make a concerted effort to put yourself in the shoes of a Black person and examine how you conduct business, how you hire, and how your environment can be made to feel more inclusive. Here’s a great link if you’re not sure where to begin.

This is going to take time, and there’s no magic formula. While hopeful, if we don’t address this head on and get serious about equality and inclusion, I do fear for the future of our industry.

Note: I serve on the Board of Directors for CEDIA, but these views are mine alone and do not represent those of CEDIA.