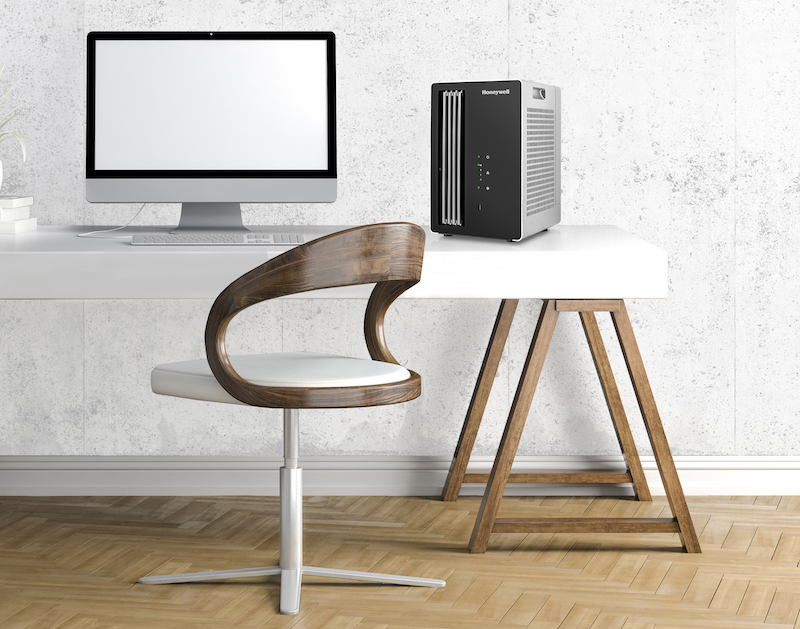 According to the U.S. National Oceanic and Atmospheric Administration (NOAA), the five warmest years in the 1880-2019 record have all occurred since 2015, while nine of the 10 warmest years have occurred since 2005. If that doesn’t worry you, consider that from 1900 to 1980, a new temperature record was set on average every 13.5 years, but since 1981, it has increased to every three years.

Whether you believe that warming temperatures are the result of the impact of humans on the planet, or not, isn’t an issue that I am going to jump into here. The undeniable fact is that temperatures are warming, and we need to find ways to live with it.

Warming temperatures during the winter means that less energy is being expended to heat homes. However, winters are getting shorter, and rising summer temperatures mean that even more energy is needed to keep our homes cool during the summer.

One technique to make your home more comfortable without spending a ton of money on air conditioning is to think in terms of microclimates. Instead of trying to lower the temperature of your entire home, take steps to just make the space in your home that you are occupying at a specific time more comfortable.

The most common approach is to use a fan, but that isn’t the only option. Another is the use of small, portable air conditioners that can be used to cool one room. With this approach, you can turn up the set point on your thermostat to raise the temperature in your home – saving money – while keeping the temperature in the room you are in at a lower, more comfortable level with a portable air conditioner.

Unfortunately, portable air conditioners start at around $300 at a big box store and go up from there. In addition, they aren’t especially energy efficient. A quick canvas of units showed that they use 1000 watts of power or more, depending on the cooling ability (BTUs) of the model. Fortunately, there is another approach that is both less expensive and much more energy efficient.

To evaporate water requires a considerable amount of heat. There is nothing new about leveraging the physics of evaporation to cool air. For more than 100 years, people have been taking advantage of it to create systems to cool the air in homes. These systems have been called evaporative coolers, swamp coolers, and desert coolers.

Evaporative coolers are primarily used in desert climates where the humidity is very low. In these locations, they not only help to cool the air in a building but also double as a humidifier. In more humid locations, the moisture added to the air by an evaporative cooler isn’t desirable. But, if you create a micro climate in a home by leveraging a small evaporative cooler to lower the temperature in one room and use the central air conditioning system to keep the home’s humidity level under control, you have a very effective strategy for saving money and energy.

Honeywell is a Fortune 100 corporation that has been in business for more than 100 years. They offer a wide range of products focused on heating, cooling, indoor air quality, humidity management, and much more. I had the opportunity to try one of their new Zeta Personal Air Coolers, which, with a list price of $199.99, is more expensive than other small, evaporative coolers. However, it offers higher performance than similar models.

To begin with the Zeta is capable of cooling an area of 64.5 square feet. This means that a Zeta cooler placed on a nightstand can cool the air around a bed to provide for a better night’s sleep on a hot summer night. It is also ideal for placing on the corner of a desk to provide a more productive working environment.

The Zeta Personal Air Cooler includes a three-speed fan. When “sleep mode” is enabled, the Zeta will run for 30 minutes with the fan at medium speed. It will then gradually reduce the fan speed to low until the unit is manually turned off. The 30-minute period at medium speed cools off the area around a bed and lowers fan speed to reduce the energy used by the Zeta. The unit’s water tank holds 2.5L, which is enough water for the unit to operate for 10 hours.

As an added convenience, Honeywell included a USP 2.0A charging port on the front panel of the air cooler. This port can be used for charging smart phones, tablets, and other devices. However, it is important to know that in the instruction manual Honeywell warns that the charging time when using this port could be slower than the power supplies included by the manufacturer with these devices.

One problem that can occur with any appliance that uses water is the possibility for bacteria and mold to grow. To keep this from happening, the Honeycomb Cooling Media within the Zeta Personal Air Cooler features an anti-bacterial treatment that can keep both bacteria and mold from growing on it.

Hands on with the Zeta Personal Air Cooler

The Zeta Personal Air Cooler is very easy to operate. There are only three buttons on the front mounted control panel.

Filling the Zeta Persona Air Cooler with water is also very simple. The water tank easily lifts away. A spring-loaded valve in the cap to the tank keeps any water from leaking. Simply invert the tank so the cap is facing up, remove the cap, fill the tank using the water level indicator window to keep the tank from overflowing, replace the cap, invert the tank so the cap is facing down, and slide the tank back on to the air cooler. With the tank in place the indicator window now allows you to monitor when the water level gets low.

Measuring the temperature of the air as it was pulled into the Zeta Personal Air Cooler and as it exited, I found that the unit was able to lower the air temperature by 5 degrees Fahrenheit. This doesn’t seem like a lot but combined with the breeze created by the unit, I found it to provide a comfortable change compared to when the unit was turned off.

I personally found the Zeta Personal Air Cooler to be a little bit noisy with the fan on high if I were using it beside a bed at night. With a sound level meter placed 1 meter from the front of the air cooler, the noise level measurements I took were less than 50 dB at low fan speed, 52 dB at medium, and 57 dB on high.

One thing that I found while testing the Zeta Personal Air Cooler is that while the louvers that direct the air up/down do a really good job, the louvers that direct the air from side to side don’t. The side-to-side louvers can only change the direction of the air exiting the unit by a few degrees, so they really have little effect on the direction of the airflow. This is not a critically important issue – just something to keep in mind.

The only problem I ran into with the Zeta Personal Air Cleaner was that initially it wouldn’t cool the air. Upon investigation I found that the Honeycomb Cooling Media was dry, even though the cooling mode was set to on. It was easy to validate this by shining a flashlight through the grid where the air cooler pulls air in, and through the cooling media. Investigating further, I found that the cooling media wasn’t sitting the way it should have been within its compartment.

After playing around with it, the water started flowing, and everything was working properly. When I received the Zeta Personal Air Cleaner, the packaging showed the unit had definitely taken some abuse. While outwardly the unit looked fine, the theory is that something had been internally knocked loose during shipping, and I resolved the problem when I reseated the cooling media.

Many people are finding themselves working at home. Instead of their employer covering the cost of keeping them cool during the day, they suddenly have to cover that cost themselves. Or, finances may be tight, and you can’t afford to cool down to a temperature you find comfortable for sleeping. In these cases, an evaporative cooler, like the Zeta Personal Air Cooler, may be a good solution.

The small size and light weight of the Zeta makes it very portable and easy to move around a home. For example, it can be used as a desktop cooler in a home office during the day, in the kitchen when preparing meals, and in a bedroom at night.

The technology behind the Zeta Personal Air Cooler isn’t brand new or cutting-edge, but sometimes we can learn from our ancestors that hung wet sheets in their open windows during the Great Depression.