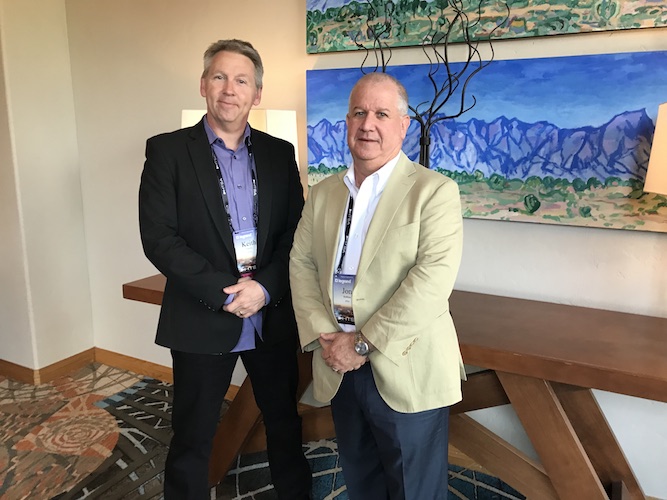 During its annual spring summit meeting held last week at the Sheraton Grand at Wild Horse Pass, in Arizona, the HTSA buying group discussed 2018 sales results, introduced new lighting fixture vendors, shared insights into such topics as cyber risk management and leveraging technology tax rules, and hosted a charity carnival for chronically ill children. But, it was the introduction of recently hired Chief Learning Architect Keith Esterly that seemed to create the most buzz at the event.

Esterly, a former sales trainer at Tweeter and Walmart, led insightful sessions during the conference called “Intro to Relationship Science” and “Zooming in on Influence.”

According to HTSA Executive Director Jon Robbins, Esterly was hired as a full-time HTSA employee to train members in the “science of selling” and to improve the way they communicate with trade partners and within their own companies. 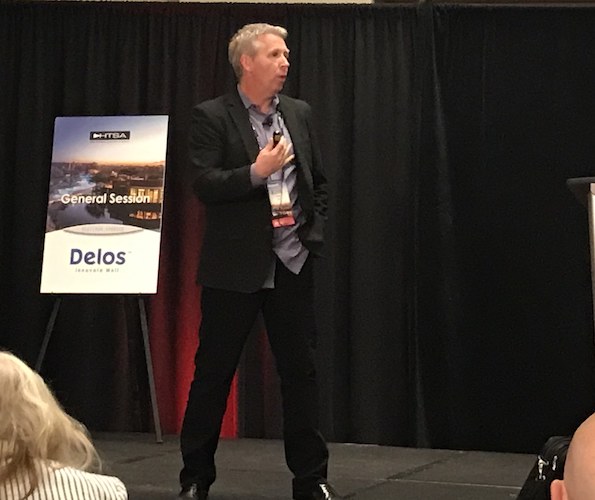 It was a hiring decision hatched in December 2018, when the HTSA board held a SWOT (strengths, weaknesses, opportunties, and threats) session, Robbins explained. “After spending two days in a room together, we came to the conclusion that our industry as a whole has a challenge,” he said. “We’re really good at specifying technology for projects. However, we’ve lost how to do the science of selling, which is what brought a lot of us into this business to begin with. [The board] tasked me with addressing how to elevate our sales performance to at least fractionally approach what we do from a specification standpoint. I found the right person [in Esterly], and I’m thrilled.”

Esterly says his goal is to change how every client and every trade partner’s experience with HTSA members is different than with non-HTSA members. “We really think it involves cracking the code on the human interaction [experience], he explained. “A big piece of that is around the client sales process, but it’s also leaders and team members inside each company and between HTSA members and the trade partners that they work with.”

Easterly believes that HTSA members can stand out with clients by focusing on the “human side” of their business interactions.

“That’s the thing that makes clients stay or leave,” he said. “My experience is that once you have people on board with this approach, it’s not an incremental change. It’s an order of magnitude change – the way people behavior internally and how they interact with all external partners and clients. Our goal is to convince everyone in HTSA, no matter where they are on the spectrum of their relationship with customers and other trades, that we can move them along. Wherever you are, whether it’s retail or custom, we can meet you there and take you further.”

Robbins added that up until now, most of the industry’s training has been focused on products and technology and not on how to relate to clients. To lead this new initiative, Esterly will conduct three-day, customized intensive sessions for individual HTSA companies, as well as MasterClasses throughout the year for groups of HTSA members, as well as other events.

But, again, the initiative is not exclusively sales training. It’s also the influence and persuasion elements that underlie every interaction. “There’s also the customer retention, loyalty discussion,” Esterly said. “It goes beyond ‘accidental loyalty’ to one where a business intentionally seeks out and drives retention of lifelong customers. Our goal is to teach our folks how to become the CI guys (or girl) for every one of our clients, whether they buy something or not. This includes the architects, builders, and designers that we work with. We need to do for them so much that they can’t even conceive of working with someone else before they call us.

Robbins believes that Esterly will help HTSA members generate organic growth with their businesses, despite concerns that the economy might face a downturn in 2019.

“Although there are naysayers out there in the CI space for 2019, we believe we can sustain business and actually grow it despite the fact that there might be some challenges in the economy,” Robbins said.