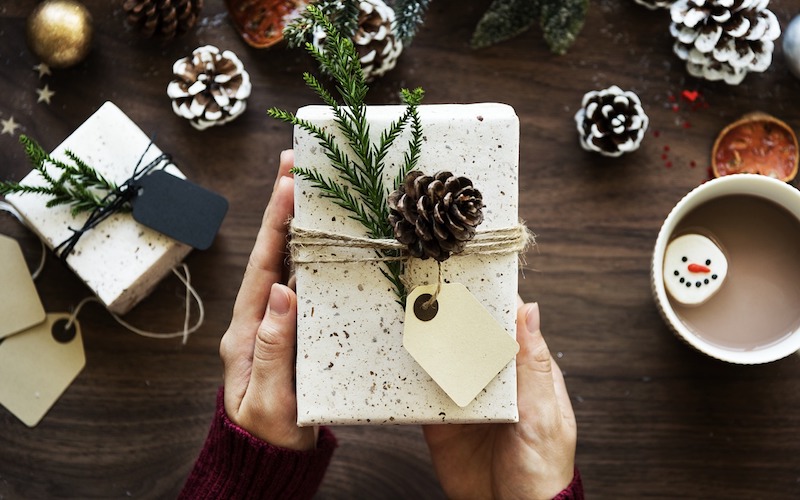 Now that Halloween isn’t even here yet, you know what that means: It’s time to start putting together a list of the must-have stocking stuffers for the holiday season. And, while we can complain about over-commercialization, the declining quality of holiday specials, and having to hear “Jingle Bells” too months too early, why don’t we just ignore that and instead focus on some awesome connected technology that should be stuffing our stockings instead?

Here are just a few gifts you should keep in mind once December 25th runs around. Oh, and Happy Halloween by the way.

In this day and age, we are used to constantly having entertainment streamed to us in one way or another, whether we are getting ready in the morning, eating dinner, or even supposed to be working (please don’t tell my boss). However, there are those little times when we are expected to actually sit in silence as if it’s the 1800s.

And the worst example of this? The dreaded shower, where we’re expected to just sit there and listen to the sound of water without any entertainment whatsoever. Well, fear not, dear consumer, as you can still stream all your favorite music and podcasts with the Soundbot SB510 HD Bluetooth Speaker without the fear of ruining your electronics. Or, y’know, electrocuting yourself.

Are you looking for all the wonder of watching hours of Netflix without all the horrible eye strain from all that screentime? Then the P2-A Smart Pico Projector is for you! Allowing you to give presentations and (much more accurately) watch movies on a simple wall, the Smart Pico Projector can connect with your tablet or smartphone and display with 130 lumens. I’m no lumens expert, but that still sounds pretty good.

Whether you’re too busy to constantly shower your dog with attention or are simply too lazy to get off the couch and give your four legged friend a treat, the Furbo might just be for you. A camera that allows you to check on your dog, talk to them, and even dispense treats for them, Furbo gives you the joy of taking care of your pup without the burden of being physically present.

By now, most people know about the Roku Streaming Stick. At least I believe they do, I haven’t conducted any formal research about the brand awareness of the Roku Streaming Stick. However, if it is as well known as I believe it to be, it’s for completely valid reasons, as the device can easily turn any television into a smart TV. Yes, this device not only assists the ongoing battle against cable, it also ensures you can watch movies on an actual television instead of on a laptop like some barbarian.

While we’ve been looking at the gifts that should be wrapped for you this season, there was one notable exception that I noticed while researching some other holiday gift guides. Somebody actually had the poor sense to include the Noia Body +, a Wi-Fi-enabled scale, in their gift guide. You know what people like to think about in December? Cookies, turkey, egg nog, and gravy. You know what people don’t want to think about in December? The fact that they have subsisted on a diet of nothing but cookies, turkey, egg nog, and gravy the past month. Cool piece of technology? Yes. Cool gift? Never.