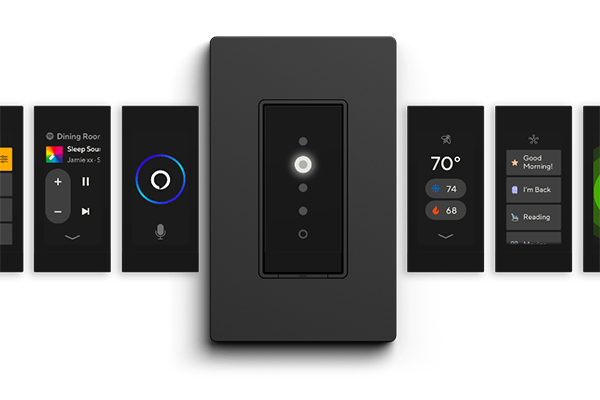 Orro, the four-year-old smart lighting startup, is suspending most of the company’s business operations, effective immediately, as a result of supply chain hurdles and financial constraints.

As a unified, smart living system in the form factor of a standard-sized light switch, Orro’s devices promised to unlock new revenue opportunities for home builders and integrators via an easy-to-install, easy-to-sell format.

Now, at least for the next six months, the company will no longer manufacture or distribute its Orro Smart Living System, instead using its remaining resources to provide ongoing support to existing customers, including end users, as well as professional integrators and dealers.

The company is committing to a minimum of six months of ongoing support, though officials say that period could be extended. Customers may continue adding new Orro One switches and may install and use Orro’s existing smart home integrations while development for new software updates is suspended.

“It pains us to deliver this news to our customers and partners, including those who have sought and supported Orro in the pro channel,” said Orro CEO, Colin Billings. “Like so many companies, we’ve worked hard in recent months to meet the challenges brought on by volatile economic conditions. Demand has never been stronger, as professionals embrace what Orro adds to lighting and smart home systems. However, supply chain and financial constraints have severely limited our ability to meet those demands. Despite our successes, we haven’t found the investment necessary to continue full-scale operations through these times and must scale back until markets and the economy improve. We have no choice but to preserve everything we can by suspending manufacturing and most of our operations, to focus on supporting our existing customers for as long as possible.”

While placing Orro in a “suspended” state, Billings and other company representatives say they will pursue any opportunity to bring the company back to business as usual. Meanwhile, new customers are encouraged to add and use Orro’s hardware and integrated smart home controls, as the company uses its remaining resources to provide support. Lighting and control features will continue to function as-is while software updates are suspended.

“Professional installers and customers love Orro and interest has never been stronger. That, among other things, makes this an incredibly difficult and frustrating moment for our team,” added Patrick (PG) Gall, Orro’s head of channel development. “We set out to make people’s lives better, through human-centric lighting and smart home controls. We’ve done that in a way that no one else has and the industry has validated it. We’re just unable to financially bridge the gap in order to continue normal operations at this time.”

Gall told Residential Tech Today that the real trouble started for Orro six months ago, when one of the company’s investors dropped out unexpectedly after Orro believed it had secured enough financing for 18-20 more months.

For the past several months, we’ve been trying solve for that investment,” Gall noted. “As you can imagine, given the macroeconomic world around us with recession, supply chain, and everything, it’s a very difficult time for a company like ours to raise money through traditional venture capitalist channels, etc.

Gall said that while there has been “lots of interest and folks that say they want to do something,” they all end up saying thing that due to the times around us, it’s bad time to take risks and to invest.”

As recently has this past September, while exhibiting in the start-up section of CEDIA Expo in Dallas, Gall says the company had “some pretty deep conversations with other brands in the channel about what other options might exist,” whether that be acquisition or “acqui-hire…”

“There’s been a lot of brands in the channel interested in our technology and what we’ve been doing, so we had other conversations like that, but ultimately they all kind of fizzled out for the same economic reasons.”

Gall says that positive response from the channel for the brand, makes the decision to suspend operations all the more frustrating. Which is why the leadership team at Orro still sees a glimmer of hope that there’s someone out there that wants to keep Orro in business. “Maybe now is basically just a bad time for everyone, but within the next six months something changes, and people are more open to doing these types of things,” Gall added.

Through the leadership of Gall, who had previously held a similar channel development role for Sonos, over the past year Orro had established six key regional AV distribution deals across the U.S. The brand also has hundreds of Orro dealers that have at least tried the product over the last year. There were builder relationships in place, as well, that would have made Orro a standard in all homes of new developments.

“We made good progress in the channel, but we haven’t grown the revenue at the pace that we wanted,” Gall noted. “Supply chain has hit us especially hard. We’ve had a really difficult time over the past six months producing product, which is not a unique story. But if you think about how that affects a small company like us — a company that makes one single SKU… if you can’t make your single product, then it’s pretty hard to sell stuff.”

Gall says that demand has outpaced Orro’s ability to fill it day in and day out. “Our distributors, which is primarily how Orro goes to market, over the past six months or so, would order product from us and then it would take 60-plus days to fulfill their orders. Then, within 15 days of receiving their shipment, they’re placing their next order. So, once we get the product into the channel, it’s gone, and people want more of it. It just takes us too long to fulfill it. Because of that, our revenue growth slows down like crazy.”

Over the past year, the company has developed a series of “automations,” for its Orro One, including Amazon Alexa, Control4, Sonos, Ring, RTI, Lutron, Hunter Douglas, and more. They also announced last February, the Orro S, which at $149 per switch (MSRP), would provide the same human-centric, automatic lighting experience provided by the company’s flagship touchscreen and voice-enabled Orro One, at a price that’s more accessible to any lighting project’s budget.

If that product was introduced at a time when supply chain and economic turmoil where not a factor, Orro S might have been the answer for the startup’s financial stability.

“We honestly believed that once the Orro S launched that it would be a business doubler overnight because then Orro becomes a real lighting control system that competes with just about everybody, rather than used in just a few rooms,” Gall said. “Had we been able to ship Orro S as planned, I don’t think we’d be in this situation.”

At the time it suspended operations, Orro had grown to 23 employees, which Gall noted is a relatively lean operation, considering all that the company has achieved. “What we’ve been able to build in products and shipping in less than four years with a very small team is pretty incredible,” he noted. “And the integrations that we’ve rolled out in the last year in the channel has been impressive for such a small team.

If no investors are found over the next six months, Orro will no longer be able to afford to run Amazon Web Services, and Orro customers will eventually start seeing integrations breaking. Orro will always control lights if you push up or push down on its toggle switch but, as Gall noted, “all of the magic that Orro does would slowly deteriorate.”