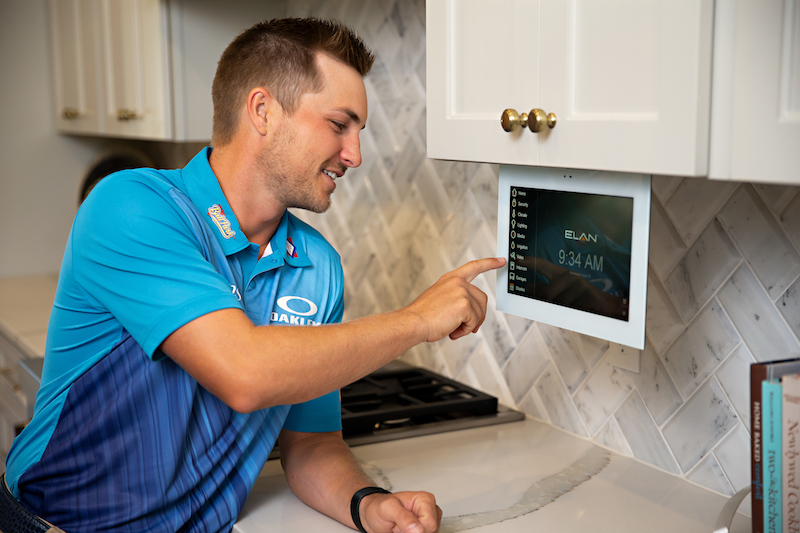 As a professional golfer who’s already notched one PGA Tour win, Austin Cook spends a lot of time away from home. With so much travel required for his job, he and his wife agreed that a robust home automation system was one of the most important features they wanted when they began looking for a new house.

After buying a nearly finished home in Arkansas, Austin contacted Sound Concepts, a custom electronics integrator, who told him that not only could he have full mobile device access and control of cameras, door locks and intercoms, but also lighting, music, TV, irrigation and more through the ELAN control system and mobile app. 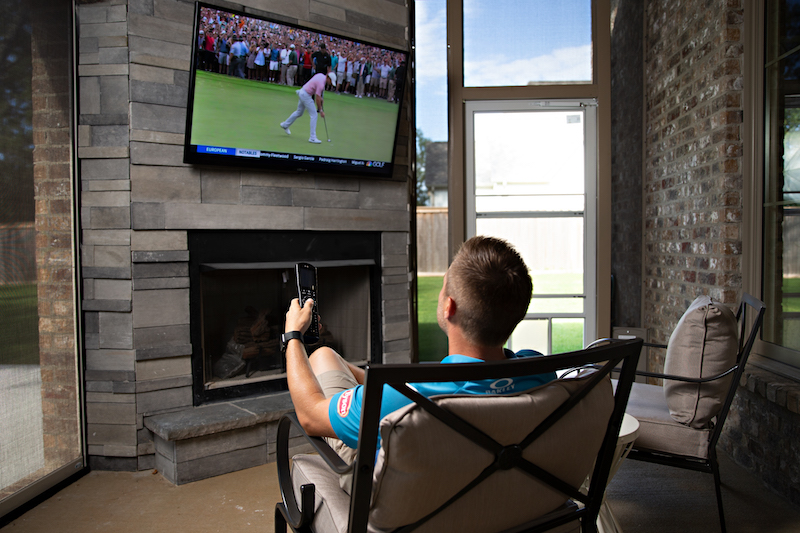 “Security was the first thing my wife and I discussed,” Cook said, “especially since she’s home alone with our young daughter sometimes when I have a tournament. I knew home automation and smart devices had come a long way in the past few years, but I hadn’t really experienced a true smart home until the guys at Sound Concepts showed me all the amazing things the ELAN system can do, and how it makes the whole home so much easier to manage.” 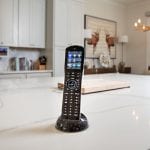 By the time the family moved into the home, nearly every electronic system had been integrated through ELAN. Now they can quickly and easily control the home’s lights, climate, security, TVs, music, window shades, irrigation, garage door, front door, video doorbell and intercom from their mobile devices anywhere in the world. 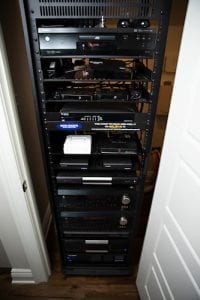 The pros at Sound Concepts also installed ELAN touch panels in high-use areas of the home, including the kitchen, garage, and master bedroom. In the kitchen, they even built a custom swing mount for the 12-inch ELAN Intelligent Touch Panel so it can be hidden under the kitchen cabinet, or double as a live TV with full access to all the home’s video services.

Cook also added ELAN remotes to the guest rooms so any visiting family can easily and quickly control TVs and music in their rooms. Every TV can stream video from two TiVo boxes, two Apple TVs or a Blu-ray player. Two Autonomic media streamers provide house-wide music from a variety of streaming services and Austin’s library.

“For the Sound Concepts team, the coolest part of this project is that we turned it around in one week flat,” said Ryan Heringer, owner and president of Sound Concepts. “It’s incredible that so much functionality could be installed so quickly, turning a house from a simple wood building into a responsive, information-filled living space that can be programmed to fit the exact living style of the owners.” 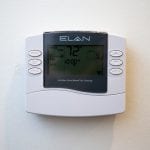 ELAN’s HDMI over IP equipment ensures every TV signal is pristine and allows all the video sources to be located in the system rack room, eliminating clutter and wires in the living rooms and bedrooms.

“I hadn’t used a home control system before this, but it’s exactly what I thought it should be,” Cook said. “It’s so important for us to have the peace of mind to know what’s going on at the house when we aren’t there, or for me to be able to pull up the mobile app and see that my daughter is sleeping in her room. The media side is great too, and we love that we don’t need clunky cable boxes or a media player hooked up to every TV.” 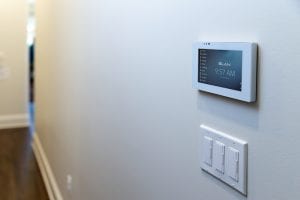 Cook also appreciates the electronic door lock and irrigation system, which he said allows him to manage deliveries or home maintenance and property needs, including last-minute adjustments such as delaying the irrigation if it has rained a lot and doesn’t need watering.

“I use the app so much, even from bed where I can turn off all the lights at once without walking around the house,” Cook added. “I think the way homes are going, and technology and culture are going, all homes are going to be automated in the future. If you want the home to be user-friendly – for kids, for guests, for everybody – then the ELAN system is what you need to use.”