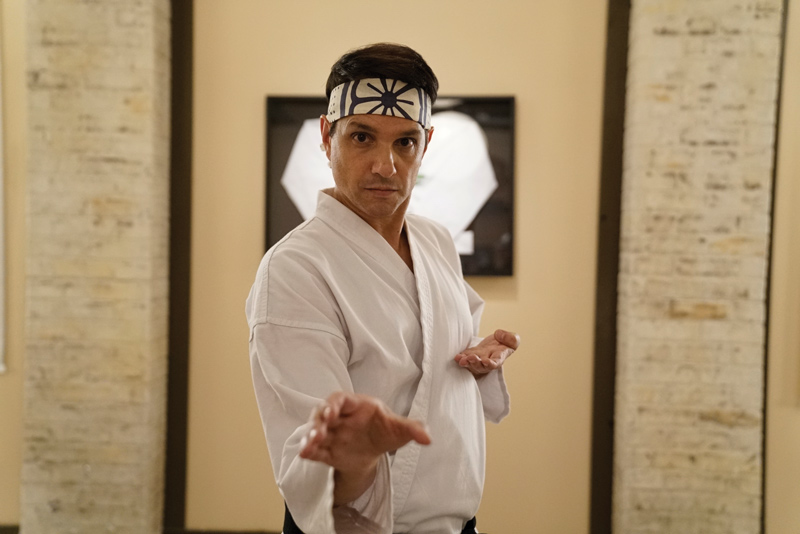 Thanks to streaming technologies like YouTube and Netflix, what started almost four decades ago is back in a big way. The return of Ralph Macchio to the role of Daniel LaRusso in Cobra Kai is a culmination of the market’s continued interest in The Karate Kid movie franchise and the “Perfect Pitch,” according to the actor.

The series began on YouTube in 2018 and remained there the first two years. The show has since transitioned to Netflix and will kick off season three in early 2021. So far, nearly the entire original cast has made an appearance, while more are expected later in the series. With projects like The Outsiders, My Cousin Vinny, and HBO’s drama series The Deuce under his belt, Macchio has enjoyed a career in the spotlight since the early 1980s.

While the COVID-19 pandemic has slowed the traditional movie business and an entertainer’s capacity to connect with fans through film, viewing technologies and the consumer’s ability to watch from anywhere are creating a tech-oriented demographic and demand.

How does Macchio watch movies now?  Is he a tech enthusiast? What are his future projects? What’s the release date for the third season of Cobra Kai? Will there be a season four?

In a recent sit-down with Residential Tech Today, Macchio not only talked about Cobra Kai and the technologies he uses in his home, he told us where the idea for the show came from and how he got all those fighting moves.

Residential Tech Today: Can you tell us how you pitched the idea for Cobra Kai? What were your initial thoughts?

Ralph Macchio: The pitch came to me as opposed to me coming up with the concept. Over the last 30 years, everyone had their ideas on how to get back to “The Karate Kid” universe. But they were never that exciting.

In this case, they were writers who’d seen the movie a million times. It was their Star Wars. They came to me last after getting all the other cast onboard because they’d heard I was the most resistant to going back to that well again. I wanted the legacy to stand. 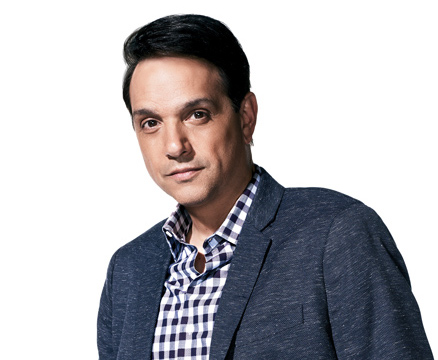 But their pitch came from the Johnny Lawrence angle, William Zabka’s character. They jumped 34 years in the future where two guys haven’t seen one another but a rivalry still percolates beneath them. And yet, they are telling a fresh story that is also relevant today with a next-generation cast.

It was the right time because I felt these guys really cared about the franchise. Now, here we are from YouTube to Netflix and it is exploding all over the world.

RT Today: Have you ever trained in Karate or any other martial art?

RM: For the first movie I went through basic training if you will. It was like the Cliffs Notes version to look good while doing it without paying all the dues.

But it is fight choreography, like dance. You must learn the steps, and we designed it to mimic the Okinawan style, which is defensive and open-handed, but not aggressive like Cobra Kai. The style also lends itself to my body and lankiness.

When you think of the crane pose, it’s all arms and legs. I know Billy Zabka kept it up a few years after, but when they stopped paying me, I stopped wanting to get kicked in the face. It’s like riding a bike to a point, but the body now doesn’t respond like it used to.

RT Today: Can you tell us about the season three move from YouTube to Netflix?

RM: YouTube was high on the show and made the highest play to get it at the onset, but they changed their mandates for the platform and were going away from scripted entertainment. 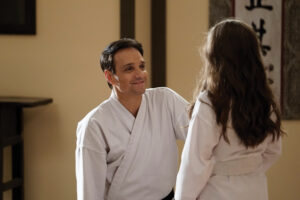 Because we just completed the third season and there were no further commitments, Sony Pictures worked a deal to re-shop the show around. Netflix had always been in everyone’s crosshairs. It has now exploded all over the world with season three coming out January 8.

The season is done and in the can. I recently watched it and it is the ultimate fan service, and yet, it was broader in scope than the first two seasons. I am excited to give the fans what they’ve been clamoring for, but not in the way they’d expect. The season will keep you on your toes.

We even went to Okinawa to shoot a few episodes as LaRusso returns to learn some of the origins of Miyagi-Do Karate. There are new things about the martial art and Mr. Miyagi that fans don’t know. It is cool this show can go back to legacy characters and reveal even more about them after they’re gone. It is a fist-pumping season.

We are writing the fourth season right now.

RT Today: Already a trend before COVID-19, streaming technologies have been pushed to the forefront during the pandemic. How critical have these technologies been to actors?

RM: In this current time, it is good to have these outlets to reach your audience. We didn’t have this option 20 years ago. While shooting the movies or shows can be tough in a [COVID-19] world, it allows us to continue creating.

RT Today: With all that is going on with the COVID-19 pandemic and tech innovations in home entertainment, will “movie going” ever be the same?

RM: While streaming technologies allow actors additional opportunities to get stories to the consumer, we all miss the communal experience of being in a theater. In the future, theaters will be designed differently to accommodate things like upgrades in seating and ventilation.

In the foreseeable time, I am not running to a movie theater, even though I miss it, but the movie theater experience will return one day.

RT Today: Any future projects? What irons do you have in the fire?

RM: As you can imagine, Cobra Kai takes up a decent amount of time, but I am working on a couple projects behind the camera. I have done some writing and directing of short films and producing some television. 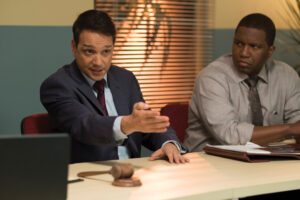 And everything old is new again, so I am looking at recycling things I’ve had in development. I’d like to do a current spin on some young adult topics. During the first three seasons of Cobra Kai, I was also working with HBO on Deuce. I loved watching that show on Sunday nights with the Cobra Kai script on my lap.

The role on HBO was so different and allowed me to show a different range, so I would love to embrace another opportunity like that again.

RT Today: Do you consider yourself a tech enthusiast? What is your home entertainment setup?

RM: No, but I am jealous of the people that are, so I aim to learn more soon. Right now, if I post on Instagram, I have to ask my kids for help, but I am getting better. The 12 on my VCR isn’t flashing anymore.

I have a Samsung system and I love sound. It is such a big thing for movies, and I like to use Bose headphones to recreate that movie experience. Although I have a great gym in the basement, there are times when I look around and think this place should be a home theater.

As I get older, I also think I need the gym more than the home theater system. But maybe I could do both and have a retractable screen around the weights?

RT Today: Did you use a custom installer for your home tech integration, or do you do it yourself?

RM: I did a few things for the television and sound system, but my son is good at it. Between the two of us, we can get it figured out. But like I said, I don’t have the full enchilada yet.

When I need things like Ring cameras installed, I simply purchase the items and hand them to my electrician. But when I had to change my Wi-Fi for them, the first one took me 20 minutes while the remaining cameras barely took me six seconds each.

Just like anything else, the first time feels like a mountain. But after that, you get the hang of it.

RT Today: Is there any kind of smart home tech that you’ve got your eyes on?

RM: I always have my eyes on innovative security systems for obvious reasons, while also educating myself on all that is out there. I have had an alarm and security system in my home since the 1970s, ever since I was a kid, but I need an upgrade.

With upgrades comes all the connected capabilities like lighting and communication channels throughout the home, but I am sure I will need a “Mr. Miyagi” to get me through it.