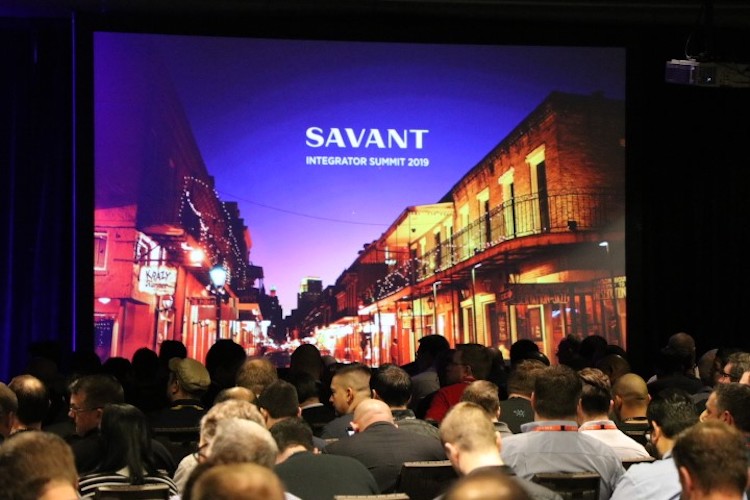 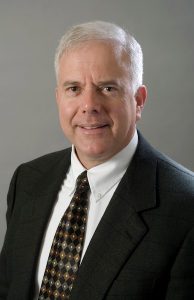 Savant Systems has signed a definitive agreement to purchase GE Lighting, a division of GE. For nearly 130 years, GE Lighting has been at the forefront of every major lighting innovation, from the dawn of incandescent bulbs to industry-first LED and smart solutions along with the world’s first voice-embedded lighting product. The proposed transaction will bring together this legacy and expertise with Savant’s luxury smart home solutions and culture of innovation, creating a union of trusted and recognizable premium brands in the lighting and connected home technology markets.

After the news hit, Residential Tech Today Executive Editor Jeremy Glowacki chatted with Savant Systems president JC Murphy, to learn more about how the acquisition came about and what Savant’s custom integration dealers can expect in the future.

RTT: This is big news. How have you explained it to your employees and key dealers?

Murphy: The key message for our internal team and for the folks at General Electric Lighting is that we truly believe that the market needs a recognized brand in the smart home for smart living and healthy living. And, while we don’t have everything put together today, that is really the aspiration or vision behind us acquiring this awesome team at GE Lighting. You’ve heard the smart home being talked about for so long and people have been doing different things. But, if you step back 50,000 feet with some consulting group, one of the reason that it is not broadly adopted yet is – it’s just been little gadgets [so far] – that there’s really not been a recognizable brand that really could pull it all together, yet. Even though there’s big companies involved, they’re not really known for ‘smart home.’ So, when we had an opportunity to talk to the folks at GE, what really clicked was this idea of their lineage and their iconic experience and technology. They were the very first ‘smart tech’ that came into the home – the lightbulb. Being able to acquire Thomas Edison’s company – the company that really brought light into the home as the first smart technology – we thought that that iconic brand, coupled with the innovation of Savant, would just be a home run.

RTT: Who initiated did the relationship between the companies?

GE has a product management team that was looking for partnerships in the smart home category. That’s what initiated the early discussions with Savant. They were looking to expand their lineup by working with folks who were in the smart home space, and Savant was on that list.

RTT: How did that initial conversation evolve into your acquisition of GE Lighting?

RTT: Going into the meetings, how familiar was the GE Lighting team with Savant?

During the process of working with the GE Light team and the GE corporate team, it was clear that the Savant brand was not really well known, until you got to the top-tier executives in GE who all had Savant in their homes. We just got off a call with our CEDIA Advisory Council, and we told them that that cemented the idea that the Savant brand at the high end is well known, but like a lot of other companies, nobody else knows about it. Our plan is to keep the Savant brand strong in the pro luxury space then use the GE-associated brands more broadly for other product offerings we have.

RTT: How else do you envision the balance of Savant versus GE Lighting technology branding going forward?

Of course the entire brand strategy is a work-in-progress, given that the deal hasn’t closed yet. That being said, we acquired GE Lighting, but we also have the rights to the iconic GE logo to place on products of our choosing. But more importantly, we have the brand “GE Smart Home.” There’s no product in the industry today called GE Smart Home. That’s just a brand that was owned by GE Lighting that we now own and can use in some way. That’s really where the exciting part of this lies. We absolutely want to maintain what GE Lighting represents in the industry today and the broad, awesome position it has at retail. But GE Smart Home is not a brand yet. It’s basically something that Savant owns that we could brand a variety of technologies under and market as a solution.

RTT: With all of the work Savant has done with the acquisition of NOON Lighting and partnership with USAI, I initially read your announcement about GE Lighting as strictly a lighting technology play. Now, I see it can be much more than that.

I’d say that it’s all about the lighting as a foundational piece of the smart home strategy. If you look at the timeline of Savant’s history, you’ll see us buying Litetouch [in 2012]. Then recently we bought NOON, another lighting company. And, then finally, we got to the one that’s really important from a brand perspective, GE Lighting. So, this is not something that we haven’t been thinking about as a strategy. It’s just a matter of how we were going to get there to have this lighting emphasis be such a strong element of the overall smart home strategy.

RTT: What can you tell me about any innovations or particular intellectual property that GE has that would be advantageous to Savant’s lighting initiatives? Is it just the engineering numbers of a company of that size or specific IP that you can use to move into new areas?

It’s three things. Number one, it’s the history of lighting innovations at GE; in terms of their being first-to-market with lighting technologies, it’s unsurpassed. They produced the first light bulb. They were the first to move to CFL. They were the first to move to LED. They were the first to offer Google Home integration. They have a lineation of awesome lighting ‘firsts.’ But, they also are an amazing engine, relative to the operations and their manufacturing capabilities. When I say ‘operations,’ I mean building things of incredible quality; I think they’re the number-one recognized quality brand in lighting. They achieve incredible quality, but also incredible scale from a manufacturing perspective. With this acquisition, we acquired the company’s Bucyrus, OH, lamp plant, which is the only LED manufacturing factory in the U.S. It is a high-speed, fully automated work of art. And the other plant that we have produces all of the glass for the lights in the fixtures. The third piece is their ability and scale to cost out the Savant technologies that we were just not able to do from a volume perspective. For example, when we need Bluetooth mesh or Wi-Fi chip capability, they already have that and are buying it at scale. That gives us a tremendous advantage to the Savant integrator and customer base.

RTT: What challenges do you expect from a company of Savant’s relative size (around 200 employees) integrating the 700 employees from GE Lighting?

One of the reasons we’re able to do this is because of the GE culture and management discipline processes. We’re going to take advantage of all of the great things that are happening inside of GE from an operations perspective and management perspective. They are a top-notch management team and employee base from way back when. That’s what they’re known for around the globe. If you go to a GE management training, the employee program and mentorships… all the stuff that takes years to develop. It’s really exciting for the Savant team because now we’re bringing on a team that has that level of experience and capability. They are a well-run, well-organized, incredible quality organization that builds millions of units and supplies 50,000 retail locations across North America. It’s going to help us out a lot, with all due respect to the folks at Savant.

RTT: Well, I’m sure there’s a lot that their team will learn from specific Savant’s experience, as well.

From GE Lighting’s perspective, Savant leadership, fast-to-market capabilities, and the different things that have made Savant successful, is exciting to them, too. We’ve got to strike that nice balance. Both teams have a great respect for what each other has been able to do. What we really wanted was a big marketing capability, and they certainly have the chops there, as well.

RTT: When you look ahead, do you see any GE Lighting branding going into custom integration channel at all, or will it mostly remain at the retail level?

I think depending on the product line, but this is a comment from our dealers on the Advisory Council, but the GE branding on the lighting controllers or drivers in the system within Savant lighting line in CI would be great. Do you put GE branding on a video switch? I don’t know. We have the ability to that, but we really have to think through what makes sense. We’ll talk with the Savant Advisory Council a lot to help us determine what makes sense, especially in the CI space.

By 2027, 4.6 Billion Sensors Will Ship Embedded in Smart Home Devices, Robots, and Appliances