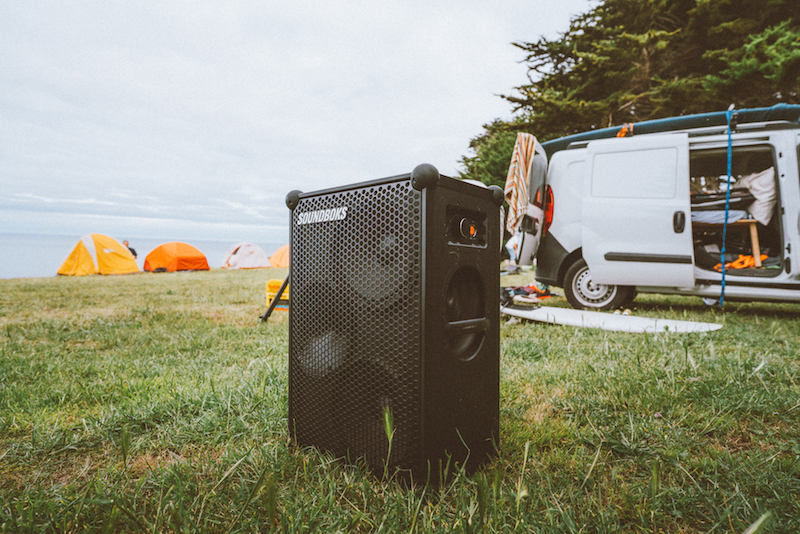 The SOUNDBOKS Gen 3 is such a beast of a Bluetooth speaker that the company must have felt compelled to spell out its name in ALL CAPS as if you had to scream it out to your friends when they asked you what kind of speaker was playing concert-level audio at 126 dB SPL. Clearly, this is not a “lowercase” kind of brand, and that was just the longest run-on sentence that I’ve ever written.

I really wish SOUNDBOKS had come along about five years ago when I was still hosting my neighborhood Fourth of July fireworks shows. It’s amazing the firepower that you can buy these days from seasonal fireworks stores in old gutted out retail stores. Our cul-de-sac fireworks shows were so off the charts (and frankly a little reckless for a subdivision with a lot of mature trees) that the wives finally shut us down. Before that happened, however, my favorite part of the annual tradition was less about blowing stuff up and more about building my 20-minute-long fireworks show playlist of tunes featuring references to “fire” “boom” or “America” and surprising my neighbors with my creative selections.

Unfortunately for me at the time, speaker that I was using for the show could neither put out the proper amount of sound volume for a large and loud outdoor space nor make it through the show at full volume without draining the battery. And when there are 50 kids running around during the “pre-show,” long extension cords aren’t the best plan either.

If You Like Articles About Speakers: Bowers & Wilkins Polishes Up a Real Gem

Bluetooth Speaker in Name Only

Boy, what I would have given back then for a Bluetooth speaker with the size, audio quality, maximum decibel capabilities, and battery life of the SOUNDBOKS Gen 3 performance Bluetooth speaker. Frankly, to simply call it a Bluetooth speaker is a bit of an injustice. I don’t know about you, but when I think Bluetooth, I think handheld or tabletop speaker, not a ginormous metal-grilled box with handles on the sides that look more like concert riggings than handholds.

The only thing SOUNDBOKS has in common with other more pedestrian Bluetooth speaker, really, is the Bluetooth 5.0 wireless protocol. Otherwise, what you have with SOUNDBOKS is nearly at the level of a commercial-grade speaker that you would see stacked in an array on a concert stage. 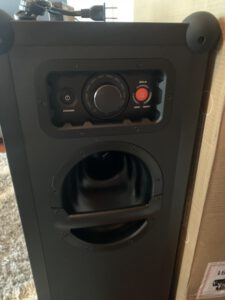 SKAA Wireless Technology enables the Bluetooth signal to be relayed to up to five SOUNDBOKS spread apart as far as 65 feet, for a pretty massive network of speakers perfectly synchronized together.

If I haven’t made it clear already, SOUNDBOKS isn’t a small speaker. It measures 26.2-inches high x 18 inches wide x 12.6 inches deep and weighs in at a beefy 33 lbs.

SOUNDBOKS, which is waterproof by the way, ships with a rechargeable and removable LiFePo4 battery (with charger) that can last up to 40 hours at medium volume or five hours at maximum volume.

You can control and update a SOUNDBOKS with the speaker’s app, which is available for iOS or Android devices. For more manual control, there’s a large volume knob, a power button, and red button for pairing with other SOUNDBOKS. 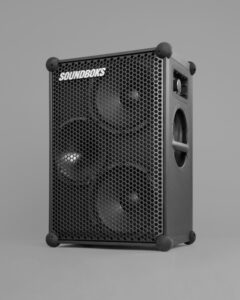 When you open the manual for the SOUNDBOKS, there’s a very whimsical tone about the way the speaker is being marketed. A note from founders “Jesper, Christoffer, and Hjalte” explains how the company had started as a group of friends who wanted to simply take their “party experiences” to the next level. “We didn’t want any limitations on where we could go, what we could do, or how loud we could get. So, we built a speaker that could do anything,” the introduction explains.

According to company lore, the SOUNDBOKS community started first in Denmark, then Germany, France, and eventually the U.S. Pictures show the speaker appearing at various fun destinations, such as the beach, house parties, road trips, and one where someone is doing a backflip over their SOUNDBOKS. It’s clearly a vibe.

In a section called “Make It Yours” the company encourages SOUNDBOKS owners to customize their speaker grilles with custom paint jobs. You can use an included Allen key to unscrew the front grille (and unscrew the logo “for safekeeping” to paint the grille with most types of paint, as long as you put on a layer of primer before and sealer after.

SOUNDBOKS is a very powerful speaker that can blow you away if you need it to but also play at lower volumes with a lot of clarity. It might be a bit more than you need in a sedate patio area or times when you really don’t want to lug a 30-pound speaker into the back of your car, but it’s great for big spaces where you need a high-volume, durable way to blast your tunes.

For the record, I didn’t get to keep the review unit that was sent to me, so I didn’t really have to ponder a new grille color. I don’t think I would have changed anything, though. The standard black paint job is pretty perfect for a speaker that comes so darn close to providing the sort of yeoman-like performance that you would get from commercial rigs backing up your favorite band.

The Nureva HDL200 Makes Audio a Priority for Videoconferencing Systems