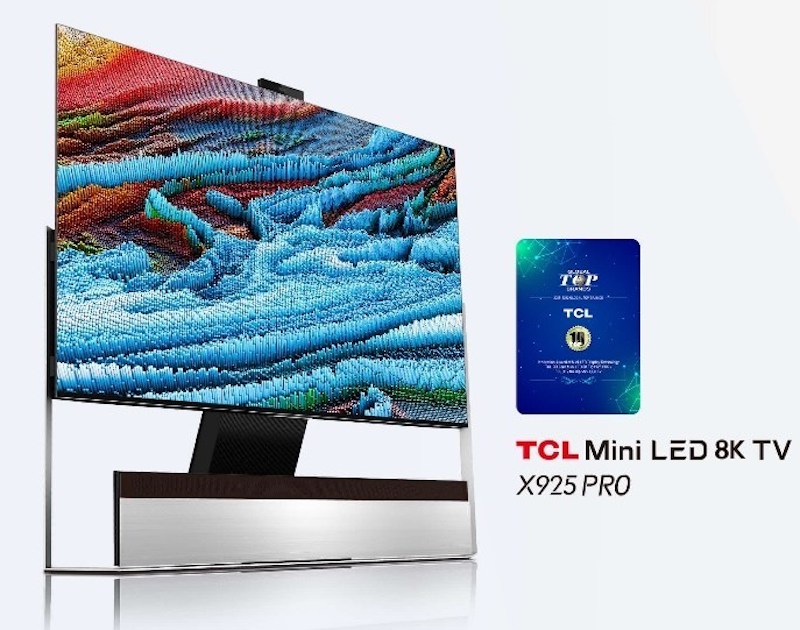 With homes in the U.S. now enjoying blockbuster movie premiers on the same day of its theatrical release, TCL is especially focused on making the biggest screen TVs available to more customers with its XL Collection – a selection of TVs exceeding 80 inches. TCL will offer the newest and largest model in this series with a 98-inch QLED-powered television, available now at retail. Starting at under $8,000, TCL is honoring its commitment to deliver powerful picture performance and big-screen immersion at an accessible price point.

The TCL brand is continuing to improve the foundations of an impactful image – color, contrast, and clarity. Working with strategic partners to bring innovations in each of those areas, TCL provides more color with Quantum Dot technology and wide color standards; more contrast with mini-LED backlight technology and Contrast Control Zones; and more clarity with new high dynamic range standards and display resolution moving from 4K to 8K.

TCL is working with Pixelworks and other entertainment leaders to define and deploy a new motion ecosystem with a wholistic approach, to bring the power and innovation of the TrueCut Motion eco-system to its high-performance TV models in North America for the first time. TrueCut Motion is an end-to-end solution that includes a new content delivery format and device certification program to guarantee a consistent filmmaker-approved output.

With TrueCut Motion, content creators have a new tool to dynamically use motion to better express style, to immerse viewers in stories and to elicit emotion. With TrueCut Motion technology, viewers can witness this motion, consistently presented the way the filmmaker intended, without adjusting settings on the TV remote. The addition of TrueCut Motion, along with features like 4K and HDR, mean that viewers will have a home theater experience unlike anything previously available.

TCL’s premium TVs currently support gaming at 4K HDR in 120Hz but this year, the sets will step up from a 120Hz panel refresh to 144Hz for even smoother action and faster game-feel. Previously only existing on select high-end gaming monitors that typically max out at a 32-inch screen size, now that TCL’s high-performance TVs will support 4K at 144Hz, serious gamers will want to upgrade from a small gaming monitor to something more impactful.

TCL’s software partners are working hard to provide an entertainment experience that matches the TV’s performance. By taking an OS-balanced approach, TCL applies the same performance-versus-value proposition recipe that has made the brand successful with its 3-, 4-, 5-, and 6-Series televisions and allowed consumers to choose how they want to engage with their TV and their content. As the landscape for streaming grows, customer demands call for multiple choices, and TCL’s platform-agnostic product offerings can answer those needs.

TCL introduced its Roku TV models in 2014 and disrupted the consumer electronics industry with its explosive growth. All TCL Roku TV models feature not only a simple and customizable home screen, but also offer a free Roku Mobile app with private listening, compatibility with the three major voice ecosystems, search across top steaming channels, and access to The Roku Channel and more than 200 live TV channels. TCL continues to make a full line of TCL Roku TV models, including the 6-Series and industry-leading 8-Series televisions.