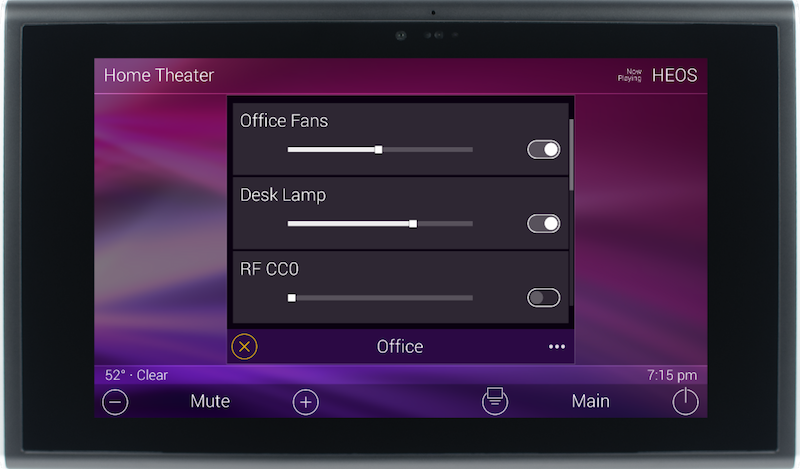 The Lutron module (pictured above), which can be used to integrate with Lutron’s HQP7-1 and HQP7-2 processors, is available today to authorized URC installers via URC’s dealer portal.

The integration of Lutron HomeWorks QSX processer with URC’s Total Control smart automation and control system allows URC Total Control authorized dealers can combine a Lutron Radio RA2 and Radio RA2 Select system into a single interface on a URC Total Control touch screen, with all room and zone names populated with the data received from the LEAP protocol. 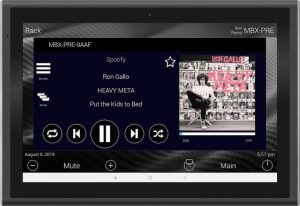 URC Module for Flo by Moen 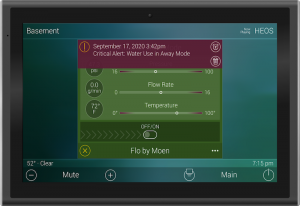 The Flo by Moen Smart Water Shutoff is the industry-leading leak detection and water monitoring device from Flo by Moen. Installed on the main water supply line, the device protects the entire home from water damage and leaks by continuously and proactively monitoring the home’s water pressure, flow rate and temperature. Using Flo by Moen’s proprietary MicroLeak technology, the Smart Water Shutoff runs daily health tests to identify any leak within pipes. If a leak is detected, a pop-up message will appear on all URC Total Control user interfaces to alert the homeowner. The homeowner can then choose to shut the water off to the house via the Total Control touch screens or the smartphone app.

Fusion’s music servers support native integration with SoundMachine, Spotify, Pandora, iHeartRadio, and TuneIn, so the end user can browse and select content from any URC Total Control user interface without having to use a third-party application.