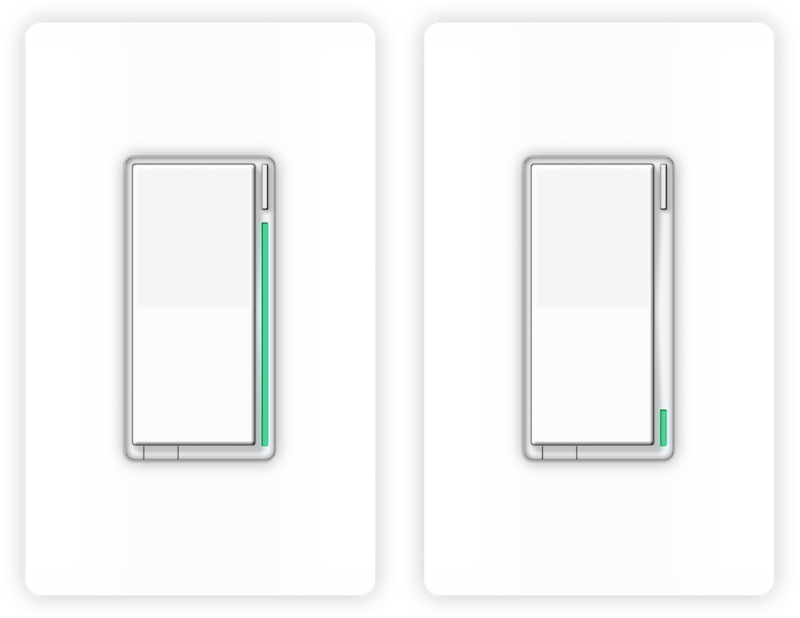 URC Lighting is a fresh start for a company that has been in the lighting control category for more than a decade. The company has completely overhauled its home and commercial lighting solutions around the Z-Wave protocol in an effort to better serve its dealers and their clients going forward.

“URC has been in the lighting business for 13 years. We’ve had a bunch of different lines,” said Joe Spinelli, URC director of product development. “But we really took a look at developing a lighting platform for the future that can enhance the installer’s life and the end user’s life. We based our new lighting line on feedback from our dealers and end users and what they have required over the years.”

The goal of URC Lighting is to deliver simple-to-install, easy-to-program, and scalable products to dealers and end users for maximum performance and luxurious experiences. At the heart of the line is the Z-Wave RF protocol, which the company chose because of its self-healing capabilities, reliability, and design flexibility.

Initially, the line will include a dimmer, switch, and gateway, the TRF-ZW10. The gateway is latest Z-Wave Plus offering, which allows integration of supported third-party Z-Wave lights, door locks, and other compatible devices. 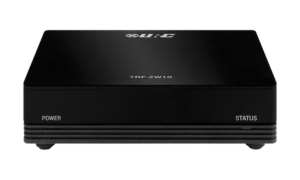 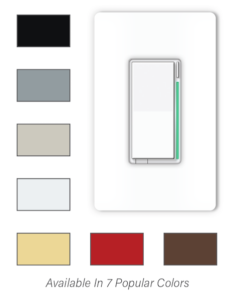 When combined with URC’s Total Control system, residential and commercial customers can take advantage of premium lighting and integration. A system can be natively programmed within Accelerator software.

The PoE-powered TRF-ZW10 gateway can be operated in any Z-Wave network with Z-Wave certified devices from other manufacturers and can handle up to 40 lighting loads. To add more loads, simply add gateways. All mains operated nodes within the network will act as repeaters regardless of vendor to increase reliability of the network. To address security concerns, the TRF-ZW10 uses advanced Z-Wave S2 security encryption.

Spinelli pointed out that when installing the switch, the integrator can press and hold a button and get feedback within a couple seconds on whether the dimmer is in the optimal place to receive a signal from the gateway. LEDs on the dimmer will register either a red light to indicate that the main gateway hub is not close enough or a green light if you’re good to go.

In another example of design flexibility, the dimming rate of the light when controlling a dimmer from URC keypads or remotes can be slowed down for a more relaxed dinner or movie-watching “scene,” versus the typical “instant on” requirement when touching the switch itself when you walk into the room.

On the top right of the dimmer is a small Scene button that an integrator can assign to control other technology within a Total Control ecosystem. For example, an end user might want the button to serve as a Good Night scene trigger that turns off TVs, turns off bedroom lights, and turns on nightlights throughout the rest of the home. The switch’s rocker button can also be programmed with multiple taps up or down to create different scenes, as well.

URC also decided to “throw the kitchen sink” at options for the dimmer’s LED indicators. “They can be configured into up to 255 colors to match the décor in the room,” Spinelli said. “So, the installer can tailor the color to what the user likes or to the room’s aesthetics.

The brightness of the LEDs can also be changed based on whether the light is on or off and run events in the URC system to, for example, brighten the LEDs in the hallways as a nightlight but dim down entirely in bedrooms after bedtime. The LEDs can also be set as flashing notifications (pulsing slowly or quickly) or run up and down in a chasing format based upon an event.

URC has plans to announce more URC Lighting products during the next few years, and the company will continue to integrate with competitive lighting lines on the market. “It’s a platform designed for future innovations, so we’re going to continue providing iterations,” Spinelli noted. “We knew that we needed to improve the line with a bit more reliability, but we’re also putting a lot more functionality and user benefits into it.”