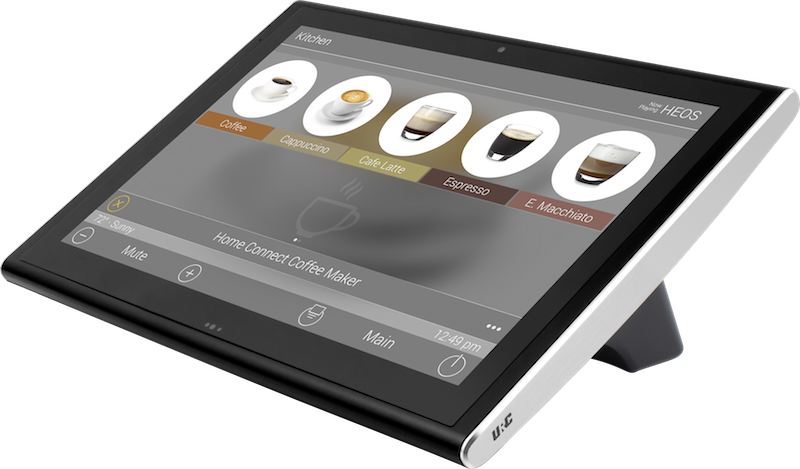 With the Home Connect module, end users can enjoy automated morning routines – for example their coffee, brewed to their satisfaction by Home Connect appliances, can be ready upon their wake-up alarm going off thanks to seamless integration of URC’s smart automation technology with Home Connect.

Regarding August locks, Granoe added, “We are continuing to expand our ecosystem of compatible products with our Total Control smart automation system, and August Locks provide an easy and elegant solution for custom installers, since the product attaches to the existing deadbolt, so consumers don’t have to change their keys.

The addition of new models from Symetrix to URC’s portfolio of two-way modules expands the commercial applications – from bars and restaurants, houses of worship, meeting rooms, to larger venues such as whole resort facilities, banquet halls and stadiums.

Using URC’s Accelerator 2.0 programming software, dealers will be able to customize the landing page for each device with a modular button layout, combine features and functions on one page of the user interface, add live camera feed and favorite channels pop up window for homeowners for ease of use. Custom Device Layouts will be available beginning of March with a live update to URC’s Accelerator 2.0 software to authorized URC installers.

URC also will be adding support for the German language to URC’s TRC-1480 whole-house remote with voice control. Launched in Q3 2019. The TRC-1480 is the latest addition to URC’s award-winning Total Control 2.0 smart automation & control system, and features push-to-talk voice control, a vibrant 2.4-inch touchscreen LCD for display of two-way meta data, hard buttons and an ergonomic design. German language support will be available in March 2020.