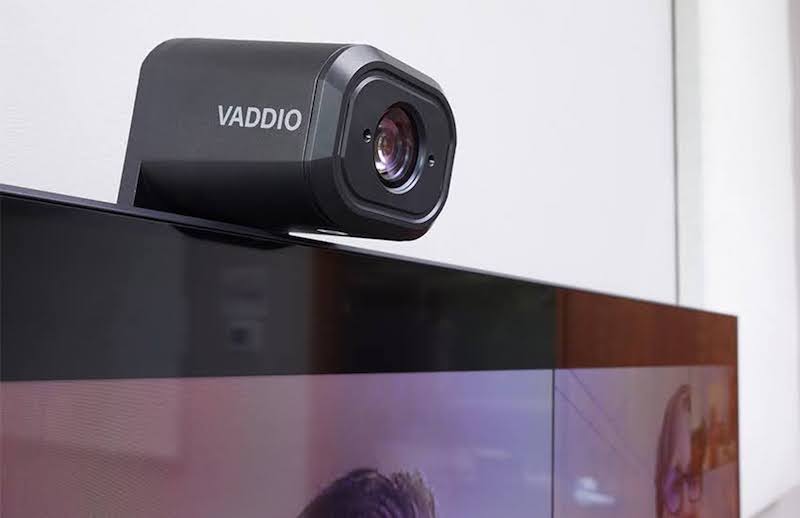 I’ve been obsessed with video conferencing cameras ever since the beginning of the pandemic. So much of our communications now take place virtually, and the camera is becoming the lens (forgive the pun) through which we see each other.

It feels like the video conferencing experience for individuals is pretty clean. Most new computers have built-in cameras and microphones. We sit down in front of one, fire up Zoom, and boom! We get instant video conferencing that’s fairly easy to use with decent sound and video. What about groups of people? That’s a whole different kettle of fish.

Group video conferencing, for the most part, leaves a great deal to be desired. There are, however, a few companies out there trying to change that and Vaddio is one of them. Their new IntelliSHOT Auto-Tracking Camera promises to automatically size its field of view to capture the entire group in the room. How would it perform? I started unpacking boxes and settled in to find out.

My sample unit from Vaddio arrived packaged in brown cardboard and closed cell foam. Nothing exciting to report from this obvious demo unit other than its early days for this new camera model, and I was excited to get my hands on one.

I laid everything out and started making connections. The Vaddio IntelliSHOT Auto-Tracking Camera has USB, HDMI, and Ethernet connections on the back, and I connected via USB to a Windows NUC computer while simultaneously putting it on the network via Ethernet connection. The included user manual prompted me to download their configuration software on an Apple or Windows computer (I deducted a few points for not having a pure play browser configuration or app). I zipped over to my iMac and began the installation.

The sexily named Vaddio Deployment Tool setup ran without a hitch, and I was soon scanning the network for the Vaddio IntelliSHOT Auto-Tracking Camera. It popped up in a few seconds, and I continued to follow along in the guide as it prompted me to size the room, choose a tracking speed, along with a few other options. All of this took me less than 10 minutes.

Previous entrants into the auto-grouping space have fallen short, failing to capture meeting participants who were sitting still or who stopped moving around for too long. The Vaddio IntelliSHOT Auto-Tracking Camera approaches this challenge using an analytics engine to detect faces and map the room. 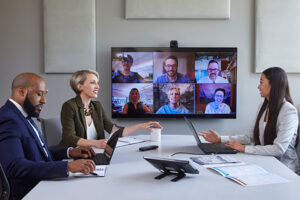 I finally sat down at my NUC computer and opened up a Google Meet session. My ugly mug stared back at me, and I stood up and walked around the room. Nothing happened at first but after a few seconds the camera started to pan over to where I stood. My pulse quickened. I love technology, especially when it works. The lack of instant panning later struck me as an intentional design element, given the propensity of people in a meeting to move around frequently, and I suppose the camera waits a beat or two before settling on any changes.

I moved around a bit more and each time the camera faithfully followed me around the room. The only issue I noticed had to do with its field of view. The Vaddio IntelliSHOT Auto-Tracking Camera has a fairly narrow 70.2-degree range that makes it a great fit for skinny rooms but not so hot for wider applications. I asked a few colleagues to join me, and the camera faithfully panned wider to frame all participants perfectly.

The Vaddio IntelliSHOT Auto-Tracking Camera retails at $2,183. This places it squarely in the $2,000-$4,000 range that most of its competitors live in. It’s a simple setup, incredibly configurable, and will laser in for decent closeups with a 30x zoom.

We’ll be adding the Vaddio IntelliSHOT Auto-Tracking Camera to our line up and look forward to seeing more innovations from them down the road.