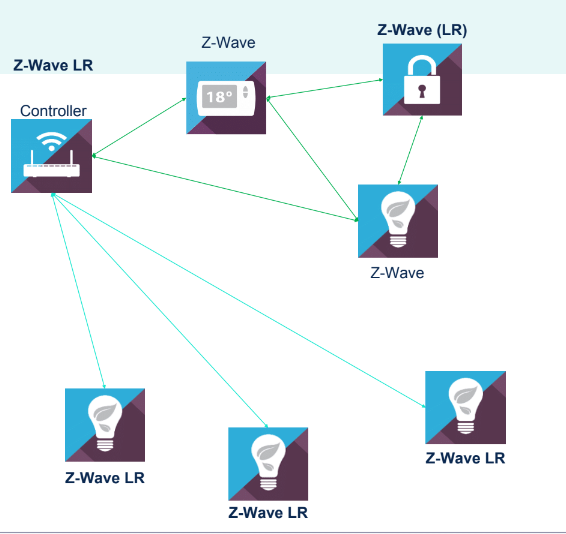 The Z-Wave Alliance, a standards organization dedicated to developing and advancing the Z-Wave wireless smart home protocol, is launching the new Z-Wave Long Range (Z-Wave LR) specification, which was engineered to provide significantly extended wireless range and support more devices on the network.

Z-Wave LR extends Z-Wave connectivity beyond the interior boundaries of the home to improve wireless transmission range of peripheral Z-Wave devices, such as door locks, garage door sensors, and gate access solutions, while increasing scalability to more than 2,000 nodes on a single smart home network.

Developed and managed by the new Z-Wave Alliance Technical & Certifications workgroup, Z-Wave LR ushers in a new era of Z-Wave connectivity and brings expanded options for the smart home, multi-dwelling units, and hospitality use cases.

To ensure complete home or building coverage, or to expand the network into the yard, most Z-Wave installations today leverage Z-Wave repeaters to strengthen and expand coverage. Z-Wave LR eliminates the need for a repeater within the network by increasing the transmission range found in Z-Wave. Increased range unlocks new potential for Z-Wave networks, making it easier to enroll smart home and IoT devices deployed at the end of the yard or beyond for enhanced functionality.

As the average number of installed smart home devices continues to increase, so too does the strain on the network. To support the upward trend in the number of sensor and IoT devices within homes and MDU environments, Z-Wave LR also increases scalability on a single smart home network to more than 2000 nodes – a 10x increase from Z-Wave.

With dynamic power control to optimize operation, Z-Wave LR increases typical sensor use cases on a coin cell battery up to 10 years.

As with all certified Z-Wave devices, Z-Wave LR devices can be installed within any Z-Wave network and feature interoperability and backwards compatibility with any previously installed Z-Wave device. 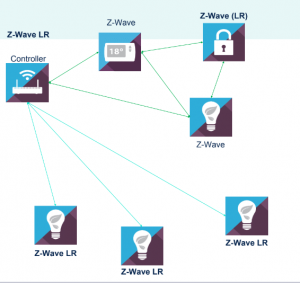 The Z-Wave LR specification will be managed and certified under the Z-Wave Plus V2 certification program, which currently mandates the inclusion of the enhanced S2 security framework as well as SmartStart, a setup feature that enables true plug and play for the consumer smart home.

“The Z-Wave LR specification is the first of many technical developments to come from within the new Alliance standards development organizational structure,” said Mitchell Klein, executive director, Z-Wave Alliance. “As smart home networks continue to grow, mature, and add more complex devices, there is a need for more robust technology to support them. With Z-Wave LR, we are building upon Z-Wave’s legacy of strong networks by supporting more devices in a home or building with increased node counts and greater range. It’s more important than ever that IoT devices live on strong, reliable networks, and we’re excited to support this with the latest Z-Wave specification.”

Technical details and an introduction to Z-Wave Long Range will be highlighted in a session at Works With by Silicon Labs Virtual Conference this week, September 9-10, 2020.