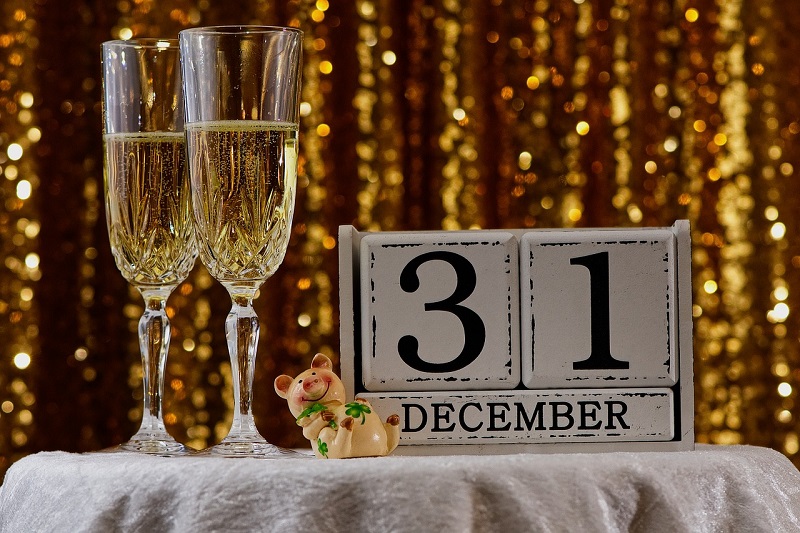 Happy New Years! Yes, another year is in the books and it’s time to reflect on everything we accomplished this year …

Actually, no, that’s a bad idea. But a much better idea is to look forward on how we will better ourselves this coming year of 2019. Well, at least for the first few weeks of 2019. Let’s take a look at the tech-related New Year’s resolutions we should all consider this year.

I Will Not Spend All Day Glued to My Phone

Now, this one is going to be pretty common amongst misguided souls that are trying to better themselves in the new year. However, it is quite a noble one. You see, according to eMarketer, adults in the U.S. will generally spend over three and a half hours on their mobile device every single day. More alarmingly, this number is up overall from the year before by eleven minutes, meaning that number could balloon even more in the future.

And so, this might be the year to set a personal timer for how much time you’re spending surfing through the web and find some other ways to occupy your time. Unless, of course that phone time is spent surfing the Residential Tech Today website. In that case, three and a half hours a day is perfectly fine.

I Will Actually Charge My Phone This Year

As we use our phones on a daily basis as mini computers, televisions, radios, cameras, gaming consoles, and much more, it’s no wonder that battery life is constantly dwindling. However, in a world increasingly dependent on our smartphones, it’s essential to keep that battery as close to 100% as possible.

There are plenty of guides on how to keep your battery life steady online, so you have no excuse for being that person at the party surveying everyone if they have a charger. We’ve all been there.

I Will Use Alexa For More Than Just Playing Music

Amazon Echos were easily some of the hottest-selling devices this holiday season. However, there’s only one issue: not everyone uses the devices to their full capability. According to a 2016 report, Echos have been mainly used for minimal tasks such as playing music and setting timers.

This is, as you already know, barely scratching the surface of what the smart hubs can do. In fact, CNET published an extensive list of commands for Alexa, complete with everything from ordering an Uber and checking movie times to controlling lights and telling jokes.

For goodness sake, my family and I played Jeopardy on our new Echo throughout Christmas Day! Just start off 2019 knowing this piece of tech can be used for more than asking Alexa to play “Two Tickets to Paradise”.

I Will Not Shame Android Users

Yeah, that’s right, I said it. I’m an Android user. And I’m tired of all you pompous iPhone users out there banning me from your group chats just because the text shows up green or whatever. Fine! I didn’t want to know who’s throwing a party or who’s pregnant anyways.

I Will Keep My Personal Tech Problems Out of My Articles

This one’s just for me. Happy New Year!