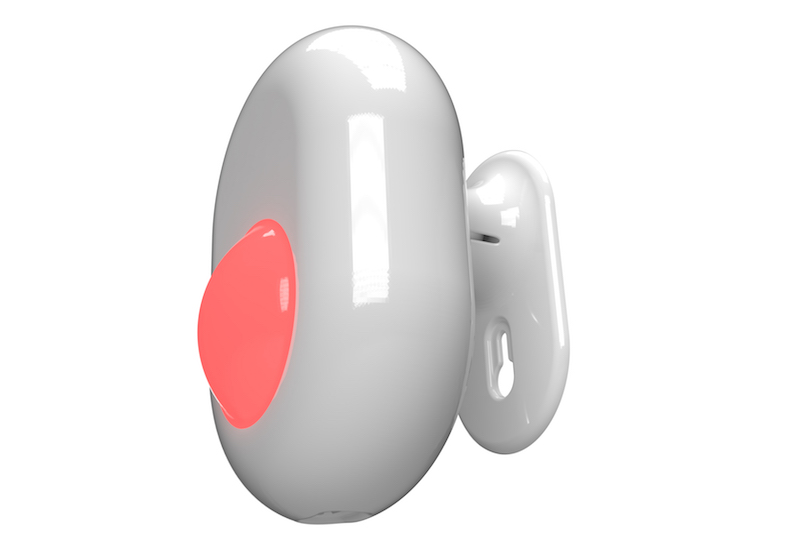 Allterco Robotics has added a new IoT motion sensor, the Shelly Motion, to its Shelly product line that I believe many people will find useful in their smart home designs.

I recently wrote about the line of Shelly IoT relays. Shelly smart home products [https://shelly.cloud/] are manufactured by Allterco Robotics, one of seven companies that make up the holding company Allterco, whose headquarters is in Sofia, Bulgaria.

Allterco has 20 years of experience in mobile value-added products and services. Allterco is expanding beyond the telecommunications industry and is now focusing on the development and distribution of IoT products and solutions.

For those that missed that article they can find it here. I found Shelly relays to be excellent smart home problem solvers that can be used for:

Motion sensors are typically used by security systems. A primary use for a motion detector in a residential setting is to act as a backup for intrusion detection in case an intruder somehow bypasses sensors placed on doors and windows. In other cases, there simply may be too many exterior doors and windows in a home to add sensors to each one, so motion sensors are used to cut down on the system’s expense.

However, motion sensors have uses in a smart home that go beyond their security applications. For example:

Internally, the Shelly Motion includes an IR sensor for detecting movement. It has a range of 160 feet if used outdoors and almost 100 feet indoors. However, it should be noted that the Shelly Motion is not weatherproof so if used outdoors it would have to be located well under an eave so it would be protected from the elements. It also features a light sensor that allows the device to determine if it is daylight, twilight, or night and an accelerometer that detects vibration and acts as a tampering sensor.

The Shelly Motion is powered by an internal, rechargeable, Lithium-ion battery. Normally I’m not a fan of rechargeable batteries that are sealed inside a device. However, the battery that Shelly chose can power the Shelly Motion for more than one year on a single charge (based on normal use), so there is no chance that degradation of the battery due to repeated charging will ever be an issue. It is important to recognize that Shelly has performed some very creative engineering, working with the Silicon Labs chip set that powers the Shelly Motion, for a battery-powered Wi-Fi device to last so long on a single charge.

Hands-On with the Shelly Motion

The first thing you need to do before starting to use the Shelly Motion is to charge the internal battery. There is a charging port on the top of the unit that accepts a cable with a micro USB connector. This should be connected to a five-volt USB power supply that supplies at least one amp of power. It is important to know that neither a cable nor power supply is included with the Shelly Motion.

On one side of the charging port is an indicator light. It glows red when the Shelly Motion is being charged and turns off when the internal battery is fully charged.

While the Shelly Motion is charging you can take the time to download the Shelly app from either the Apple App Store or the Google Play Store. You’ll need to create an account and provide the typical permissions to send notifications, etc. The Shelly app will also need location permissions. This is so it can decide whether to communicate with your Shelly Motion (as well as any other Shelly devices you own) through either the local or cloud API. For added security you can later disable cloud access to any Shelly device. Note that if you do this, then you will lose remote access to that Shelly device.

Once the Shelly app was up and running and the Shelly Motion was charged, I added the Shelly Motion to the app. The first step is to use a bent paper clip (or the equivalent) to press a recessed button on the opposite side of the charging port from the charging indicator light. Pressing this button for five seconds will place the Shelly Motion into Wi-Fi acquire mode where it broadcasts an SSID. When it is in this mode an LED behind the motion sensor window will turn on solid blue. At this point you can select “Add a device” in the app.

The next step is to create a room in the app where you will be installing the Shelly Motion. You get to supply the name of the room and a picture. You can either upload your own picture or choose one of the two default pictures available in the app – a living space or a bedroom.

With a room defined, you can then add your Shelly Motion to the room. First, you’ll need to supply a name for the Shelly Motion and choose an icon. Working with early production hardware you always run into minor problems. Initially I received an error when the App tried to add the Shelly Motion to the room I created. After reporting this problem to Shelly, I was provided with a new version of firmware that solved the problem. This is just one of the challenges you face when working with early production hardware.

Once I could access the Shelly Motion in the app the next step was to configure the different options for the device. Every Shelly device has a full featured web interface. It is exactly the same interface that is displayed in the Shelly App for configuring the device. However, the app provides additional functionality. In the case of the Shelly Motion the app provides a user with the ability to directly link motion events with other Shelly devices to turn on lights when motion is detected. You can select the lighting conditions when lights will be turned on based on the built-in light sensor (any, dark, twilight, or bright), how long the light will remain on after motion has stopped (1, 3, 5, or 10 minutes), and up to five lights that will be triggered.

As I said earlier, the Shelly Motion offers a rich set of easy-to-use features that are configured using the device’s web interface.

First, you can define the number of lux measured by the Shelly Motion’s light sensor that defines whether the device reports that it is bright, dark, or twilight. The Shelly Motion can trigger different events based on the light level so, for example, it only triggers lights to be turned on when it is dark in the room. The tile showing the current number of lux being measured by the light sensor is very helpful in defining the different levels.

Next, you can define how sensitive the device is to motion. This would have the effect of limiting the range of the motion detector. For example, if you were using the Shelly Motion to detect when someone was on the front porch of your house, you wouldn’t want the device to trigger that there was motion every time a car drove by your home. It is important to know that unlike some motion sensors designed for use with security systems, the Shelly Motion doesn’t have the ability to ignore pets. The Shelly Motion will detect movement by any animal that weighs than 12 pounds.

The Shelly Motion’s web interface also allows you to define the number of movement pulses generated by the IR sensor before it signals that movement was detected. For example, if there is a doorway at the far end of the room from where the Shelly Motion is located, you might not want to receive a motion notification every time someone walks by the doorway (which would probably generate a single pulse from the IR sensor.) Increasing the motion pulse count setting would eliminate this but still allow the motion sensor to detect motion within the room where it is located.

The Shelly Motion can also be configured to only sense motion based on the light level in the room. The motion detection operating mode can be set to any, dark, twilight, or bright.

The sensitivity of the tamper alarm can also be set. This can eliminate false tamper alarms when, for example, a door slam occurs.

Using the device’s web interface, motion detection also can be disabled or even paused for a specified number of minutes after motion has been detected.

The Shelly Motion’s web interface also allows a user to configure a weekly schedule of active and inactive times for the motion sensor. Active/inactive times can be individually defined for different days of the week.

Another notable feature of the Shelly Motion that can be defined using the device’s web interface are http calls to a smart home processor/hub when the following events occur:

Even with the advanced Wi-Fi power saving features that Shelly has introduced in the Shelly Motion, these http calls take place within 200 milliseconds of motion or tampering being detected.

Finally, the web interface is used for maintenance functions such as performing firmware updates, setting the time zone and SNTP server so the Shelly Motion will always know the correct time when the schedule is being used, performing a factory reset, and more.

Like other Shelly devices I’ve worked with, the Shelly Motion is an excellent product. However, there are a few ways I believe it could be improved.

The Shelly Motion has a gloss white plastic enclosure. This may not be desirable for every home’s décor. If the device was shipped with a removable plastic film over the IR window and the area around the charging port, then the device could easily be spray painted to match the colors in a home.

Because the Shelly Motion’s case is rounded on all sides, the unit can’t be placed on a table top or shelf. It would be nice if one side of the case was flat to accommodate placement on a flat surface instead of requiring that the motion sensor be mounted on a wall.

The Shelly Motion is an easy-to-use and versatile motion sensor for use in a smart home. Having a rechargeable Lithium-ion battery (with a full year between charges) and a price tag of only $39.90 (from the Shelly Store) makes it very competitively priced.

Shelly has a track record of making its smart home IoT devices compatible with a wide range of smart home platforms. The Shelly motion already works with Home Assistant using the MQTT protocol and with Crestron 3-series and 4-series processors using the driver I’ve written. I expect it won’t be long before it is compatible with a wide range of other platforms.

Finally, there is one thing for users to keep in mind. Motion detectors that are designed to be used with a security system go through extensive testing because people’s lives may depend on the security system notifying them in the event of fires, intruders, etc. IoT devices, like the Shelly Motion, do not go through this same level of testing or certification. So, the Shelly Motion is an excellent choice to integrate motion sensing into a smart home to improve the smart home processor/hub’s ability to take actions on behalf of the homeowners. However, it shouldn’t be used to create a DIY security system.