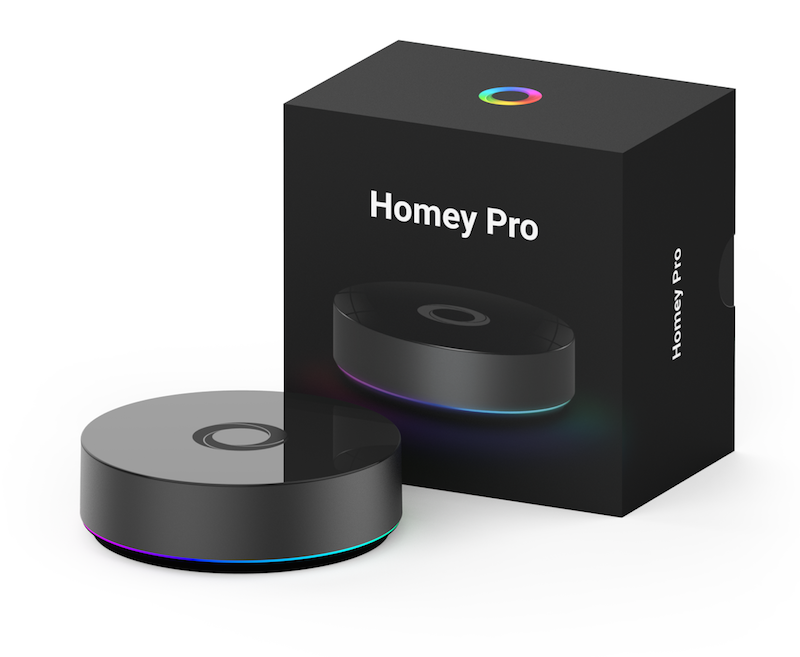 Now available for preorder, Homey Pro (Early 2023, $399) features even more smart home technologies and better wireless range than its predecessor and will be available in more markets, including the U.S. and Canada. The Homey Bridge, which is currently in beta and slated for release in Q1 2023, will also be on display. Watch a teaser trailer of the all new Homey Pro here.

Homey Pro unites Homey experience with local processing — all-in-one hub made for any home — making it possible for devices from countless manufacturers and platforms to work together. Connecting all of the smart devices in a single home has long been a challenge, one that Homey changed with the introduction of a hub for the smart home that allowed users to access devices in one location without scrolling through apps. Aside from connectivity, Homey Pro comes with functionality like Homey Flow and Advanced Flow for automation, Homey Insights for historical data, and Homey Energy to show real-time energy usage and generation.

Aware of privacy concerns of consumers, Home Pro doesn’t listen in or sell any customer data, and it does not use personal information to create user profiles or targeted advertisements.

“The new Homey Pro was designed based on feedback from our most demanding customers, and we were uncompromising in its design,” said Emile Nijssen, creative director and co-founder of Athom. “Homey Pro makes it easier for users to unify and organize their home connections while maintaining speed and privacy. It’s a feature-packed product that will delight those who use it even months after they’ve unboxed it.”

Homey Pro (Early 2023) works with minimal dependence on the cloud, with even more local control options than its predecessor, and is compatible with 50,000-plus devices from more than 1000-plus brands. New devices and services are added on a daily basis to the Homey App Store, which allows developers and manufacturers to extend support to more devices and services. The Homey App Store features more than 750 apps, including staff picks and popular apps that can be browsed by category for inspiration.

The Homey Pro (Early 2023) smart home hub features a quad-core ARMv8 processor, 2 GB of DDR4 RAM, and 8 GB onboard storage. It also has up to 3.5 times better performance than the previous generation, and up to four times better wireless range, depending on the connection and technology. Homey cloud services, such as the Homey App Store and remote access, are included free of charge with the new Homey Pro, as well as a free local back-up option via PC or Mac. Cloud backups are available with an optional 99 cents per month subscription.

Homey Pro features Wi-Fi, BLE, Zigbee, Z-Wave, 433MHz, IR, Matter, and Thread connectivity in a single hub. This allows users to combine devices on existing Zigbee and Z-Wave technology with new ones on Matter, the new smart home language backed by large brands including Google, Apple, Amazon and IKEA. In addition to generic Matter support, Homey Apps can extend Matter devices’ functionality with manufacturer-specific features, energy usage and a manufacturer-defined appearance to honor the brand’s uniqueness. It also has the ability to bridge non-Matter devices to existing Matter networks. Matter support is scheduled for Q2 2023. Thread support is scheduled for Q3 2023.

In addition to Wi-Fi, Homey Pro can be connected to a wired network with the optional Homey Pro Ethernet Adapter (MSRP $29). Designed to be plugged into a power outlet, Homey Pro looks beautiful without messy cables, even when connected to Ethernet.

Homey Pro can be extended with one or more Homey Bridges to increase wireless coverage in large homes. Zigbee and Z-Wave act as powered repeaters in the mesh network. Devices that use infrared or 433 MHz will use the nearest Homey Pro or Homey Bridge.

“The new Homey Pro works with the same Homey iOS and Android app and the Homey Web App that users already know and love. It truly is the best way to take any smart home to the next level, with our unique focus on the combination of versatility and ease-of-use,” said Stefan Witkamp, commercial director at Athom.