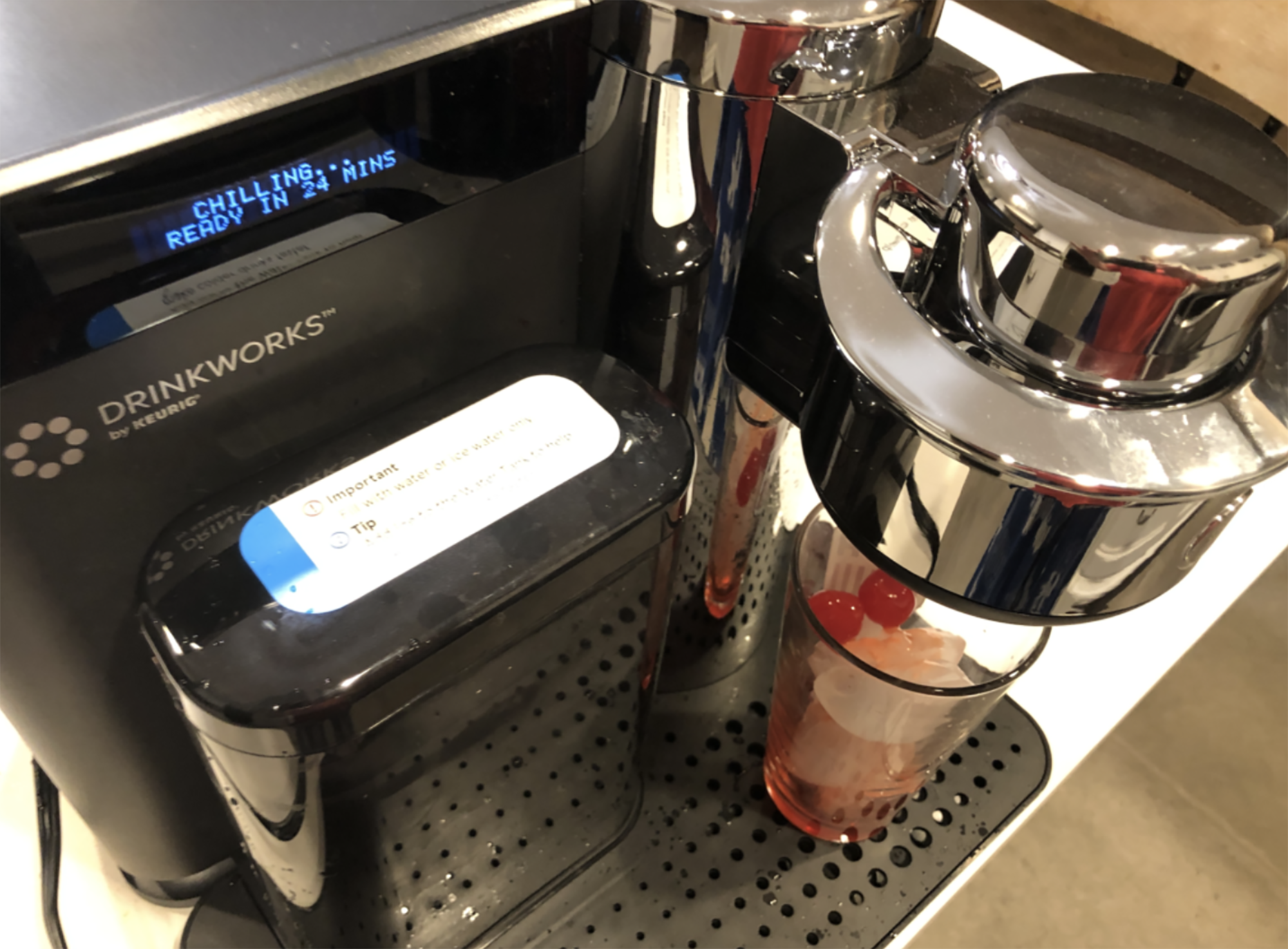 Robot Bartender. Yup, that’s where we are now. Because the simple act of making your own cocktail has become too much, there are not one, but two robot-bartenders on the market.

Not that a Robot Bartender hasn’t become essential in a COVID world. According to a study by the U.S National Library of Medicine and National Institute of Health, almost two-thirds of 2020 participants (60.1 percent) reported that their drinking had increased compared to before COVID-19.

A good drink is a part of who we are, our history. A bad drink, well, all you have to do is go into a TGI Friday’s and order a Manhattan and you can taste the sorrow in every swallow.

So now there are Robot Bartenders, and yes, for the love of science we tested both, the Drinkworks from Keurig and the Bartesian from Hamilton Beach.

Both Drinkworks and Bartesian are pod-based machines that serve you your favorite cocktails, everything from an Old-Fashioned to a Sex on the Beach. Drop in a pod, push a few buttons, put a glass of ice under the spout and the next thing you know, you’re cocktailing. 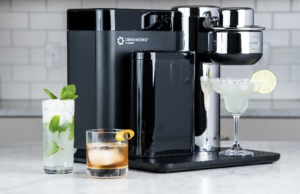 There were a few, that included, drinking alone (me against the robots), drinking with my wife, drinking with the guys from the block, and finally the Lemonade Stand, where I set up the robots and offered cocktails to any passing adult.

Drinkworks – Just like the coffee pods, Drinkworks has cocktail-flavored pods. As I mentioned, they are sold separately, a four-pack of a particular flavor of cocktail starts at $15. If you’re hosting a party, that can add up quickly if you want to offer a diversity of drink options.

Drinkworks come packed with the liquor and mixings in every pod, so you don’t need anything more than that to whet your whistle.

Bartesian – Their pods are also loaded with the flavors and mixings you need to create a good drink, but that’s where the similarities end. With Bartesian you have slots and bottles on the side of the machine that you can fill with your favorite liquor: bourbon, tequila etc. When you put in a flavor pod for a Manhattan, for instance, you get to use the bourbon of your choosing. You also have the choice of a Mocktail (for some reason), a regular drink, and a strong drink (favored by “the guys”). You can buy a six-pack of your favorite mix for about $15. 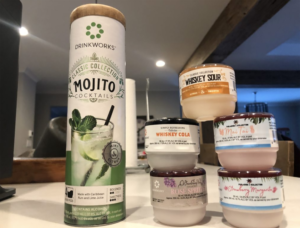 Drinkworks – The drinks are good. Not great, but good. Their tag line is “the best of the bar now at your finger tips.” Which makes me wonder, exactly what bars did the team at Keurig go to when they were doing their research?

I equate the Drinkworks cocktails to a better-than-average drink that you get on a flight, mixed by a flight attendant. Nothing special, no additional thought.

What “the experts” thought:

My Wife – Drinking an Old Fashioned: “It’s nice, but not a lot in terms of catching my attention, it needs flavoring.”

A Lady Power Walking – Drinking two Vodka Lemonades (just to make sure): “It’s tasty, but not great. I feel like it’s missing some thought.”

The general consensus was if you are into cocktails, then these cocktails will let you down.

Bartesian – The Guys, The Wife, and the Dude walking his dog all like the flavors of the various drinks, testing out Manhattan’s, Whiskey Sours, Long Island Iced Tea, and many Margaritas.

What “the experts” thought: 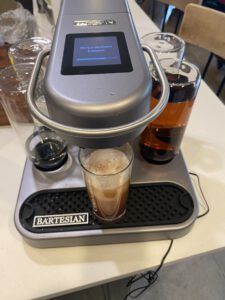 Mac – Tried a strong Margarita and noticed that the tequila did start to overpower the flavor, but it was still a good drink. He also tried an Uptown and didn’t like it at all, but that’s because he doesn’t like gin, and we didn’t know the main ingredient in an Uptown is in fact gin.

My Wife – Enjoyed her Margarita, Long Island Iced Tea, and Old Fashioned and was happy with the flavors of all…VERY happy.

Dog Walking Guy – Tried both machines, three each, and may still be squatting in my garage. He enjoyed both brands, though thought they both could use a bit of flair and garnish.

As the night of “guy testing” went on, I decided to make my own Whiskey Sours for the group of expert testers. I tried whipped egg whites, bitters, homemade simple syrup, fresh lemon juice, whiskey, a splash of grenadine and a cherry.

I win! Neither Bartesian nor Drinkworks offer up any flair whatsoever. A Zoom meeting with accounting has about as much “flair.” That being said, it doesn’t take much time to cut up some limes, oranges, etc. and have them ready.

As Mac stated, this (Bartesian) would be great for a party, so people can have a cocktail option, and you don’t have to be messing things up. Have a few additional things at the ready for them to add to their drink.

Drinkworks – I had a buddy come over to test it out. He likes a “good” Old Fashioned and was excited to sit back and have a drink. As the instructions state, I added cold water and ice to the part that holds the water, pressed the “start” button and a message popped up “Chilling, ready in 24 minutes,” for a drink.

We decided to be positive, so while we waited, I got out my own mixers, bourbon, and ice and made him an old fashioned that we drank while we waited for Drinkworks to “chill” so we could chill. It doesn’t always take that long, but unless you have it plugged in and getting to the right temperature, you will have to wait for your drink.

Bartesian – It needs a little water in the back, plug it in, wake it up, drop in a pod, and it’s ready to serve you. It’s that easy.

Both are about the size of a toaster oven and don’t take up that much space, but if you are in an apartment or smaller home, the size is something to take into consideration when not in use. 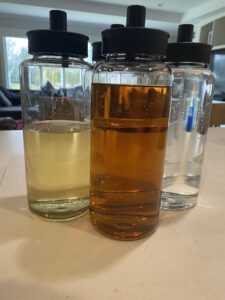 If you want a straight pour of your favorite liquor, you are out of luck. Neither offer a shot or “neat” option.

Technology evolves where there is a need to be filled. Are they worth it? Bartesian: Yes. Drinkworks: Needs work. It has the right intentions, but leans more toward an expensive gimmick than useful piece of tech.

As the technology continues to evolve, we promise to stick close to any innovation that makes having a cold tasty cocktail easy to get and easy to drink.