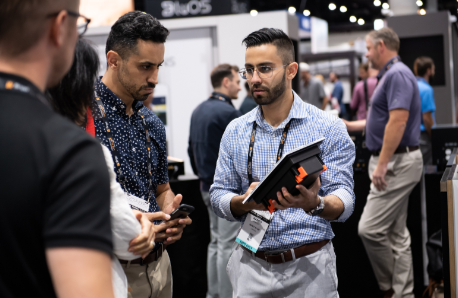 At 3:00pm on Tuesday, August 10, less than a month until the return of CEDIA Expo’s first in-person trade show since 2019, Robert Madonna announced that his company, Savant, would not be exhibiting in-person, “…to best protect our employees, our customers, and all industry associates from the impact of COVID-19 and the unpredictable Delta variant.”

At the time, just eight days ago, the decision seemed a bit reactionary and overly cautious. Today, after news that the two of the last “big manufacturer” holdouts, Lutron and Crestron, had also pulled out of the show, Savant is looking more like the kind of trailblazing leader in “health and safety” that it has always been as a tech innovator.

Every other day, it has seemed, another big brand has announced its “difficult decision” to pull out of CEDIA Expo 2021. Following Savant, Snap One and Sound United were other early departures. More rumors and speculation of others followed on social media, some even saying “When Lutron and Crestron pull out, the show is over.” Then actual announcements from Sonos, Samsung, Sony, RTI, Harman, Perlisten Audio, and ELK Products were made.

It’s a tough situation for Emerald, the management company behind CEDIA Expo. Last year, they were able to collect insurance on the cancelled show after the city of Denver turned their convention center into a COVID-19 medical facility. This year, however, the city of Indianapolis is not offering the same escape valve. While hundreds of exhibitors remain in place for CEDIA Expo 2021, it’s quite difficult to determine exactly how many, and what the breaking point has to be for Emerald to cancel the show.

At what point does the cost of holding a trade show without any anchor companies and a major drop off in attendance outweigh cancellation losses? CEDIA is as much a giant family reunion for the custom integration business as it is a launching pad of new technology innovations. Unfortunately, with so many other brands unable to attend, I think Crestron was left in charge of bringing the burgers and Lutron the adult beverages. What kind of reunion is it going to be now without those two and all of the others that are not able to exhibit or attend?

Update: According to CE Pro magazine, which is owned by CEDIA Expo’s parent company Emerald, the September 1-3 convention is not being cancelled.

“Contrary to rumors out there, CEDIA Expo 2021 is still happening,” McGraw said. “Even with a number of large brands choosing not to exhibit, we are proceeding with the show. Health and safety is certainly a top priority for us; in fact, Emerald is operating numerous trade shows across the country right now successfully and safely and we’ll do so at CEDIA Expo.

“Over 150 exhibitors will still be at the show to connect with the thousands of attendees who tell us they will be there.  CEDIA Expo remains as the industry’s best forum for the industry to gather, conduct business and learn about new products, trends and applications. We look forward to welcoming all who will join us in Indy!”