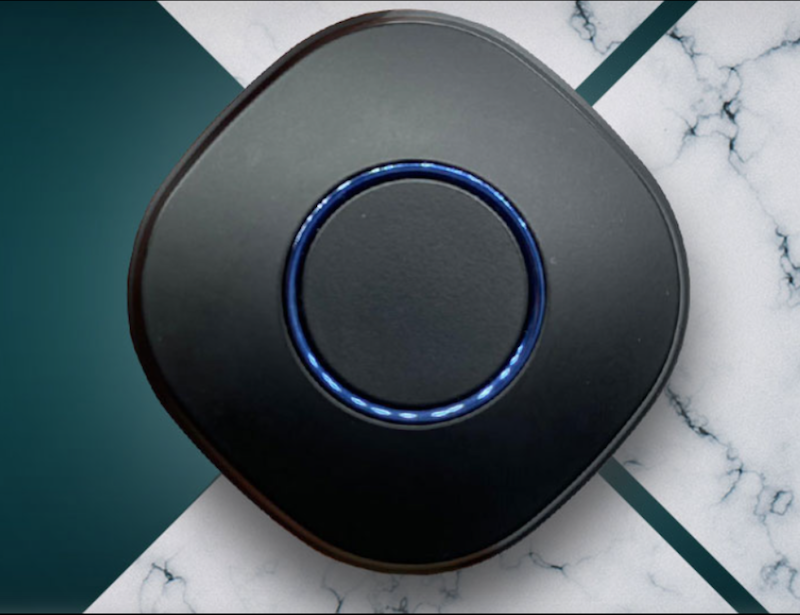 There are many problems that can be solved with smart home technology, if you apply some creative, “out of the box” thinking. In this article I’m going to focus on some creative smart home solutions that I’ve come across over the years. Hopefully these will provide ideas, and a way of thinking, that you can apply to your own home or, if you are a professional integrator, to projects for other homeowners that you are involved in.

Almost 20 years ago Staples, the office supply store, came out with an ad campaign that included the use of a red and silver button with the word “easy” on it. When pressed, the battery-operated button annunciated the phrase “that was easy” through a built-in speaker.

As part of fulfilling this goal, the owner of Gramophone came up with the idea of integrating a Staples Easy Button into the system. We gutted the Easy Button, fitted it internally with a Lutron Car Visor Transmitter, and modified the Easy Button so when it was pressed it would operate one of the buttons on the Lutron Transmitter.

When, for example, the homeowners arrived home, they would simply press the Easy Button. This would trigger the smart home system to:

The Easy Button smart home controller was a huge hit with the homeowners. It was fun, helped fulfill the homeowners’ need for an easy-to-use smart home system, and was a great conversation piece. This is just one example of how a basic button can be used to simplify the operation of a smart home. 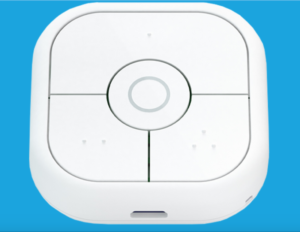 I have integrated several buttons into my own home’s smart home system. For example, I like to read in bed before going to sleep. Rather than wake up my wife by speaking a “goodnight” command to a voice assistant or fumbling with a touch panel, I have a button by my bedside that triggers a goodnight scene. The goodnight scene turns off all the lights in the home, sets back the thermostat, turns off any smart speakers that were accidentally left streaming music, and more.

A number of companies make buttons that can be integrated with a wide range of smart home systems. Two that come to mind are the Shelly Button 1 and the Aeotec NanoMote. Both of these are powered by internal, rechargeable batteries so they can be located anywhere in a home.

A colleague of mine when I was employed by Gramophone worked on a Lutron lighting project for homeowners who had three young daughters. Any one of them could, without warning, burst into their parents’ bedroom because of a bad dream, because they were thirsty and wanted a drink of water, or because they were scared by thunder. The homeowners requested that their smart home system include a warning whenever any of the children approached their bedroom at night. Their idea was to avoid having their children walk in on a situation that would be awkward to explain to a child.

The solution was very simple. A motion sensor was installed outside their bedroom door. At night, whenever the motion detector was triggered, a light in their bedroom would flash. This gave the parents plenty of warning when one of their children approached the bedroom for an unexpected visit.

Beyond their use in security systems, motion sensors are incredibly useful in smart homes. For example, they can be used to:

Adam Zell, the principal and founder of Boston Automations, shared with me a few ways that his company has used some of the small, IoT, relay modules manufactured by Shelly to solve unique problems in the Control4 smart home systems that Boston Automations develops for its customers. 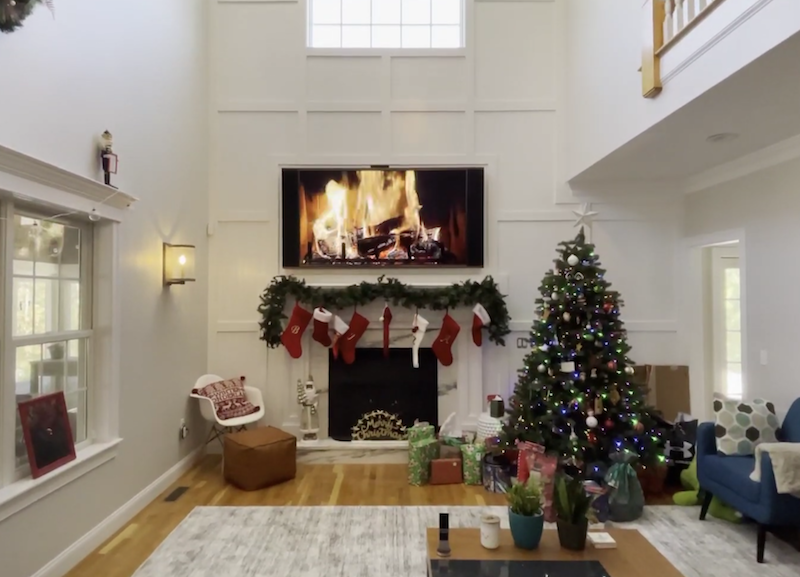 A common request from their customers is to automate the operation of the gas fireplaces in their homes. Fireplaces typically require a relay for control. Boston Automations uses the Shelly-Control4 driver developed by Chowmain Software to integrate a Shelly relay module into a smart home system to control a fireplace. Boston Automations has developed a YouTube video that describes this design. That video can be found here. 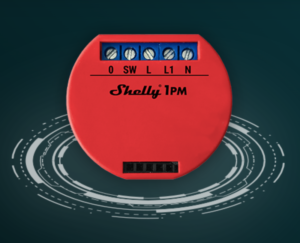 A second way that Boston Automations has used Shelly relay modules is to automate appliances that have a single power feed but incorporate multiple components that require individual control. A great example is a bathroom ceiling fan. New bathroom fans have humidity sensors, night lights, temperature sensors, and air circulators. For these to be properly installed, you normally have to pull multiple power feeds that are controlled by a series of wall switches. Boston Automations, instead, will feed a fan with a single electrical wire and then use Shelly relay modules, installed in the fan, to control the fan’s individual components. Then, a keypad in the bathroom can have individual buttons for controlling the fan, light, and night light.

In my own home I like to install timers to control the lights in closets, so they don’t accidentally get left on. This is especially important for the light in a rarely used storage closet that, if left on, could go unnoticed for months.

Normally, installing a smart switch is a simple solution. The smart home processor/hub knows when the switch is turned on and can automatically turn the light off a few minutes later. However, I found that one closet in my home was wired so that only the “hot” wire was routed to the switch. The neutral wire was terminated in the electrical box for the closet’s ceiling light. I installed a Shelly 1PM relay module in the electrical box for the ceiling light and rewired the wall switch to the switch input on the Shelly 1PM.  Now the wall switch triggers the Shelly 1PM to turn on the light and the module’s built in timer turns the light back off. A smart home processor/hub isn’t even required.

These are just a few ways that smart home technology, and some creative thinking, can help solve unique problems in a home.