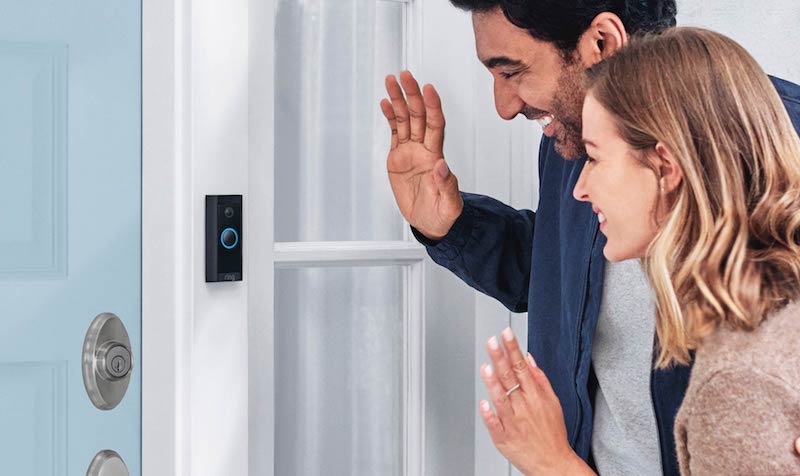 Smart door locks are maturing as a technology category, and with that maturity has come growth in sales and more market penetration, according to new data from Parks Associates.

Even voice control is now a standard feature, as a growing number of use voice control for connected devices in the home. Consumers ranked lights, thermostats, door locks, smart TVs, and video cameras as the top five devices they would most like to control via voice assistant. Although some users express concern about using voice assistants to allow access to their properties, most integrations do not allow for voice-controlled unlock. Instead, voice assistants’ capabilities are limited to restricting access, locking doors, and arming systems.

It is now common for companies to integrate their devices with Amazon Alexa or Google Assistant. Although integrations with Apple HomeKit lag behind the other two big voice assistants, most of the dominant players have already added Siri voice assistance to their door locks. To remain competitive, device manufacturers need to include voice control. 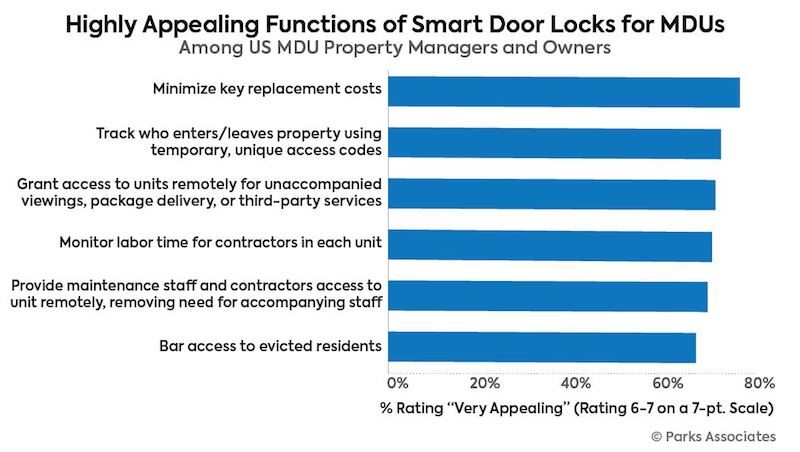 New sets of features are emerging that will define the premium tier of smart door lock and access control platforms going forward, including advancements in sensing, mechatronic functions, authentication technologies, and communication protocols. To continue the industry’s growth path either in customers, revenues or both demands that they lean into the edge. Further, active expansion efforts to gain new channels and partners is part of that lean in requirement.

Whether established market leaders or start-ups, smart access control product and system manufacturers are under constant pressure to keep innovating. Not only have formerly innovative features become standard, but in some access control categories, prices are falling. The average selling price of a smart door lock in the U.S. was $101 in Q4 2021, down from $133 just two years prior. Video doorbells, smart thermostats, and other smart home products are witnessing similar pricing trends.

Manufacturers seek features that demand premium pricing and services that can create recurring revenue streams. Maintaining an edge with innovative technology and ability to integrate with future solutions are important differentiators in a highly competitive market.