Perhaps best known for its beaches, tropical southeast Florida climate, and waterborne way of life, Greater Fort Lauderdale is also a growing hotbed of technology companies – and it has been for decades. Greater Fort Lauderdale sits at the center of what has been dubbed the TechGateway, a nod to South Florida’s position as the U.S. conduit to Latin America and other international markets, and a place where people can ‘Work in the Cloud, Live in the Sun.’

“South Florida has been at the forefront of innovation in tech since the development of the IBM PC in Boca Raton in the early 1980s and the first smartphone a decade later. No other area has had a greater impact and has shaped the way humanity interacts with technology in our daily lives,” said David Coddington, Vice President of Business Development and technology lead for the Greater Fort Lauderdale Alliance, the area’s official public/private partnership for economic development.

A major advantage for the area is a lower cost of doing business, especially when compared with other tech zones such as Silicon Valley. With a lower cost of living, no state income tax, and a competitive corporate tax structure, Florida is consistently rated as the best business tax climate in the Southeast by the Tax Foundation. Florida ranks third in the nation in the number of technology companies with more than 26,000 tech companies and approximately 245,700 tech workers, according to Enterprise Florida, the state’s economic development agency. Low barriers to entry benefit startups, as well, with more than $1 billion in recent venture capital funding deployed in the southeast Florida region. 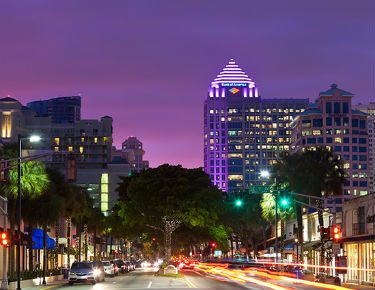 Founded and headquartered in Greater Fort Lauderdale, Magic Leap, a cutting-edge company developing ‘mixed reality’ interfaces and software, drew a massive $542 million initial venture investment in 2015, led by Google and including Qualcomm and Legendary Pictures. This was recently followed up by a new, staggering, $793 million round of funding led by Alibaba group in early 2016. The two funding deals rank as two of the biggest venture capital deals in history. With hundreds of ‘Leapers,’ as they call their employees, already on board, the company is currently upgrading a 260,000-square-foot headquarters facility. “Here at Magic Leap we are creating a new world where digital and physical realities seamlessly blend together to enable amazing new experiences. This investment will accelerate bringing our new Mixed Reality Lightfield experience to everyone,” said Rony Abovitz, founder and CEO of Magic Leap in an announcement.

Another area tech success story is Ultimate Software, a leading provider of cloud-based human resources software, headquartered in Greater Fort Lauderdale with offices in Canada, Georgia, California, the United Kingdom, and Singapore with more than 2,800 employees. Ultimate’s UltiPro software delivers human resources, payroll, talent, compensation, and time and labor management solutions, connecting people with the information and resources needed to work more effectively. The company was ranked #21 on Fortune magazine’s 2015 list of ‘100 Best Companies to Work For’ and has consistently ranked in the top 25 for the past four years. Ultimate Software was also recently named the #1 Large Tech Workplace in the nation by Fortune.

Citrix is another leading homegrown tech company specializing in cloud-powered collaboration, networking, and virtualization technologies. The company recently spun off its very successful ‘GoTo’ line of products, including GoToAssist, GoToMeeting, GoToMyPC, GoToTraining, GoToWebinar, Grasshopper, and OpenVoice. Citrix GoToAssist has been named the global market share leader among remote support solutions for six years in a row by analyst firm IDC. Since its founding in Fort Lauderdale in 1989, Citrix has grown to more than $3 billion in annual yearly revenue.

International tech giant Microsoft’s Latin America regional headquarters has also called Greater Fort Lauderdale home since 1994. Over the years, Latin America operations have steadily grown, leveraging the area’s multilingual, high-tech workforce. “We have experienced a significant expansion in the region, and it is our priority to make a real impact on the people and the communities in which we operate,” said the president of Microsoft Latin America Hernán Rincón in a recent feature by Enterprise Florida. Latin America is Microsoft’s fastest-growing market, serving more than 46 countries and territories, all managed from its offices in Fort Lauderdale.

An ever-expanding tech space, as well as other thriving industry clusters including aviation, life sciences, global logistics, and marine industries, has led to Greater Fort Lauderdale’s low unemployment rate of 4.3 percent as of December 2015, as well as being named the best place in the state of Florida to find a job by financial website Wallethub. These factors contribute to a growing focus on the area’s tech workforce and efforts to ensure the area remains competitive as demand for qualified workers increases.

One effort to build the tech workforce in South Florida is being spearheaded by the nonprofit organization, LaunchCode, which assists individuals in transitioning to careers in tech through apprenticeships and job placements. Established first in St. Louis by Square co-founder, Jim McKelvey, LaunchCode first expanded to South Florida in 2015 and continues to expand nationally. LaunchCode is currently partnering with companies in Greater Fort Lauderdale and the surrounding areas to fulfill its mission of developing new tech talent. 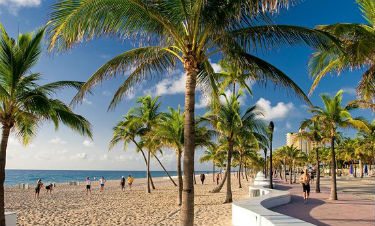 The area is an appealing place for millennials; individuals aged roughly 19-35 overtook the baby boomer generation last year to become the largest generation in today’s workforce and a driving force in tech. Millennials seek to live, work, and play in communities with many amenities such as dining, cultural and entertainment options, outdoor activities, and other key contributors to quality of life.

With many in this demographic choosing a community to live in before finding a job, Greater Fort Lauderdale is working to actively recruit and retain millennials. The area’s thriving young professional scene has focused on engaging millennials through emerging leaders’ groups for numerous business organizations and nonprofits for more than a decade.

“Greater Fort Lauderdale leaders are committed to attracting millennials and are investing in the infrastructure, cultural, and quality of life amenities that appeal to them, including caring for our beautiful beaches and waterways as well as developing and staging unique events and festivals. We seek millennial voices and input at all levels as we plan for the future,” said Mayor Jack Seiler of the City of Fort Lauderdale.

The nationally recognized Technology Business Incubator at the Research Park at Florida Atlantic University hosts 20 technology companies in the early stages of development in various industries such as pharmaceutical development, software and app development, and advanced electrical engineering applications. The TBI currently offers services to its residents, such as conference facilities with telephone conference capability, shared kitchen area, and access to its data center facility. A dedicated server bay provides nearly unlimited broadband capacity through LambdaRail and FPL FiberNet for high-data tenants and colocation. In addition, seminars are offered on general business topics such as human resources, intellectual property protection, and capital funding.

Additionally, the Innovation Hub at Broward College, a mixed-use business incubator, focuses on housing a dynamic community of entrepreneurs, start-ups, mentors, advisors, and investors, and serving as a one-stop resource for business owners, innovators, and committed individuals pursuing their entrepreneurial ambitions.

Community leaders are working both publicly and behind the scenes to grow Greater Fort Lauderdale’s tech sector by focusing on startup and entrepreneurial efforts and connecting venture capital funders with entrepreneurs. They are collaborating regionally within South Florida with government agencies and private industry to strengthen the ecosystem needed to develop, retain, and recruit talent to power a thriving industry now and in the future.